One woman claims to have cleared up her severe eczema, which has left her hospitalised in the past, by inhaling CBD oil through a vape pen.

Cheryl Halliburton has suffered from severe eczema flare-ups ever since she fell pregnant four years ago, but says she has found a ‘miracle cure’ to soothe her skin with the CBD oil – a naturally occurring cannabinoid found in cannabis.

The skin condition left Cheryl with sore, red skin that cracked open and caused weeping wounds. She felt so ill and self-conscious that she didn’t want to leave the house. 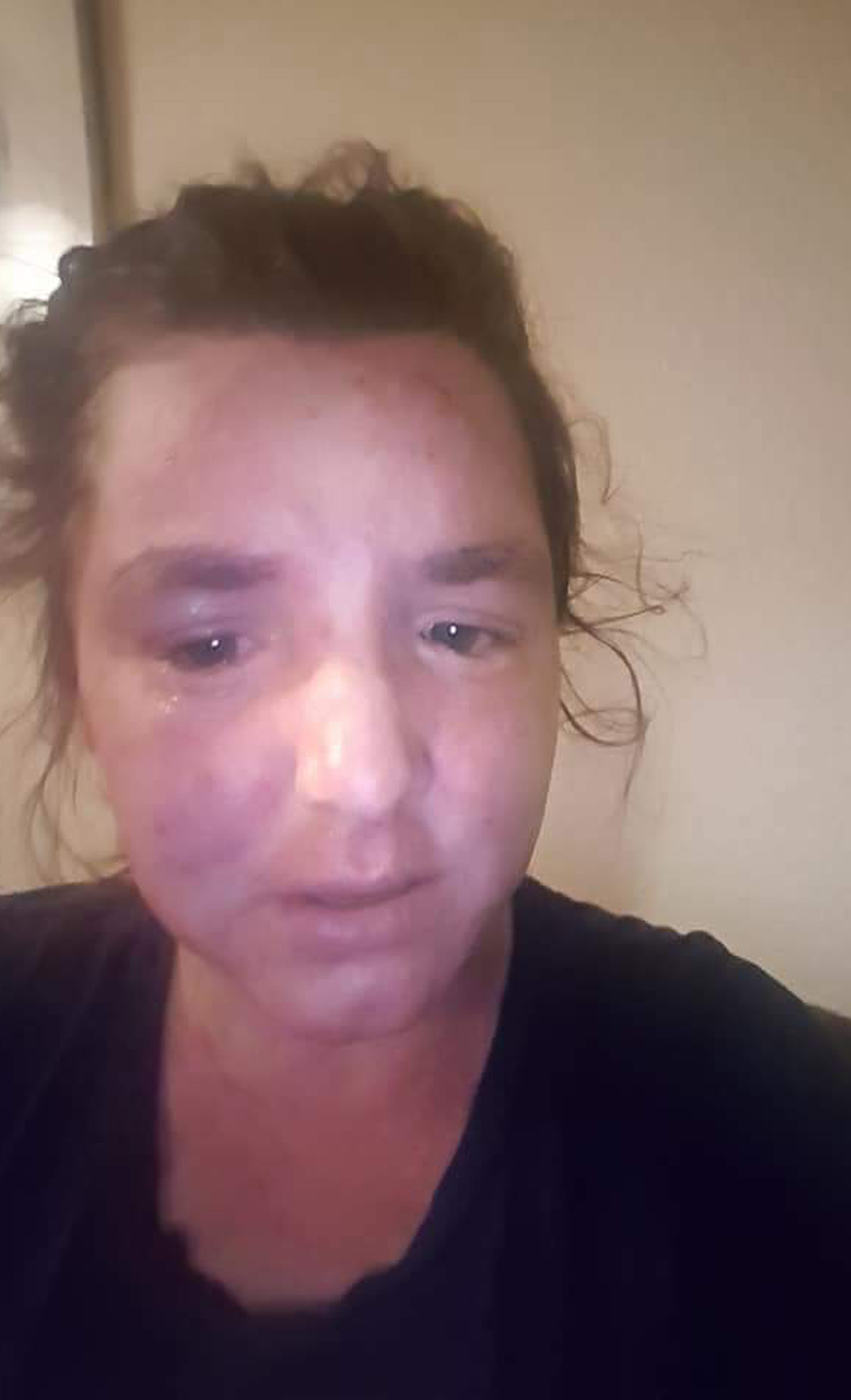 At her wit’s end, Cheryl tried vaping CBD oil, and says that the natural remedy has had a remarkable effect on her skin.

The careworker from Elgin, Scotland said: “It [the eczema] really began when I fell pregnant with Alexis when I was around 23 years old.

“It started on my back and cleared up after a course of steroids but straight away it flared up on my face and neck and has been constant ever since.

“It would flare up every couple of days depending on what I was eating and it would be an uncontrollable itch and no cream I put on it would soothe it, in fact, it would often make it worse. 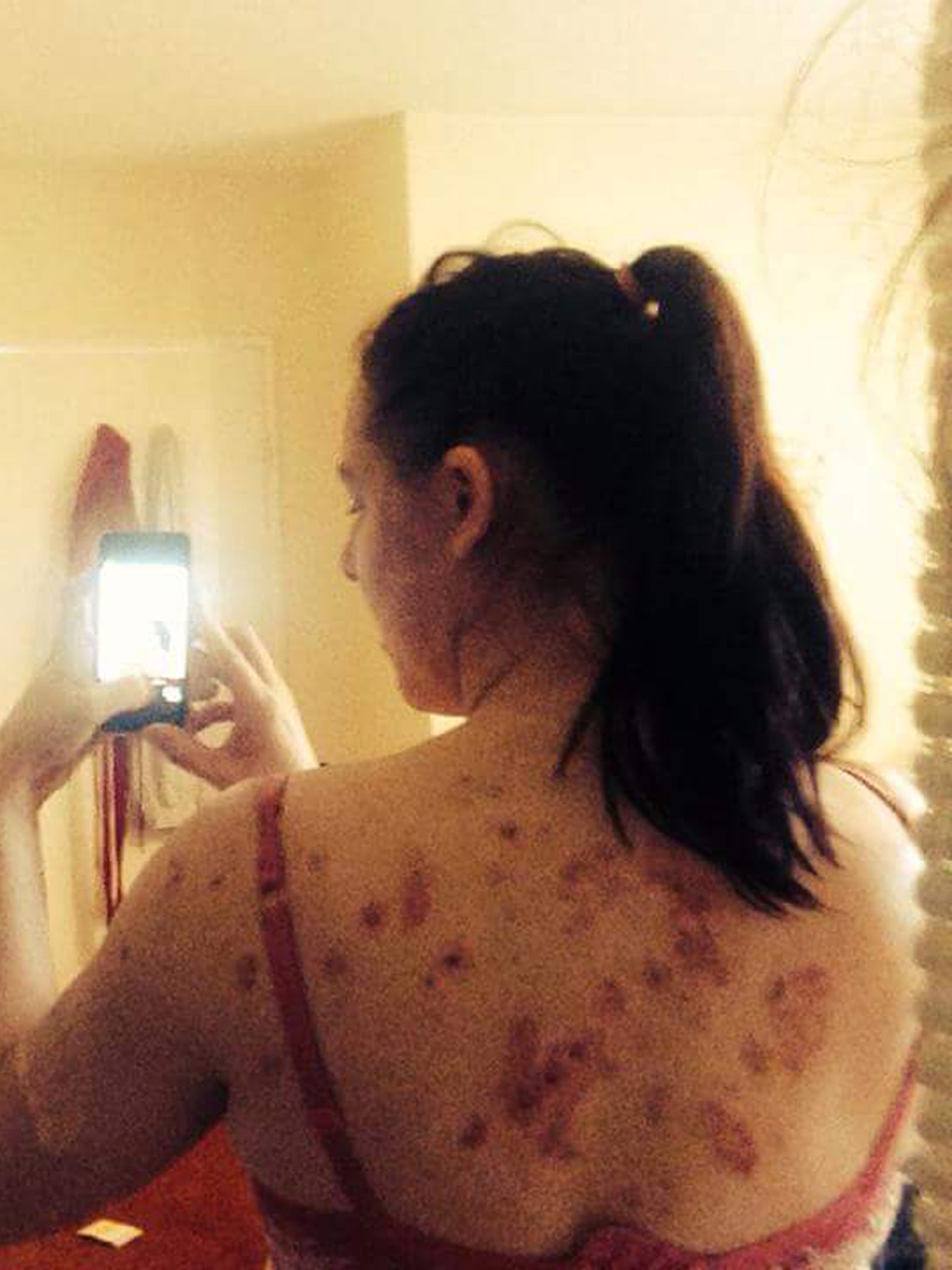 “I would feel like I wanted to rip my skin off. I felt like I couldn’t go on anymore as I was just not getting any answers from the doctors.”

Cheryl, who also had eczema as a child, believes that the hormone imbalance caused by her pregnancy may have kick started the itchy skin condition again.

She says she attended endless amounts of doctor’s appointments, and was given courses of steroid tablets, light treatment and blood tests. Cheryl couldn’t wear make-up or go on nights out over fears that alcohol and certain types of food would cause her skin to flare up.

But this August, Cheryl’s eczema ‘got out of control’, and she was rushed to Dr Gray’s Hospital in Elgin by her husband, Craig.

“I couldn’t move my face and neck and there were open wounds on my chest that were weeping,” Cheryl recalled.

She continued: “I was was cold and shaky and felt like I wanted to be sick, and was placed on a drip overnight to treat the infection that had gotten into my skin.

“All my tests came back normal and doctors wanted to discharge me so I could be treated at home but I broke down to a nurse as I felt like I couldn’t go on. It seemed there was never going to be an answer.”

It was Cheryl’s dad who first suggested CBD oil, and she discovered a shop that sold the oil in vape form. 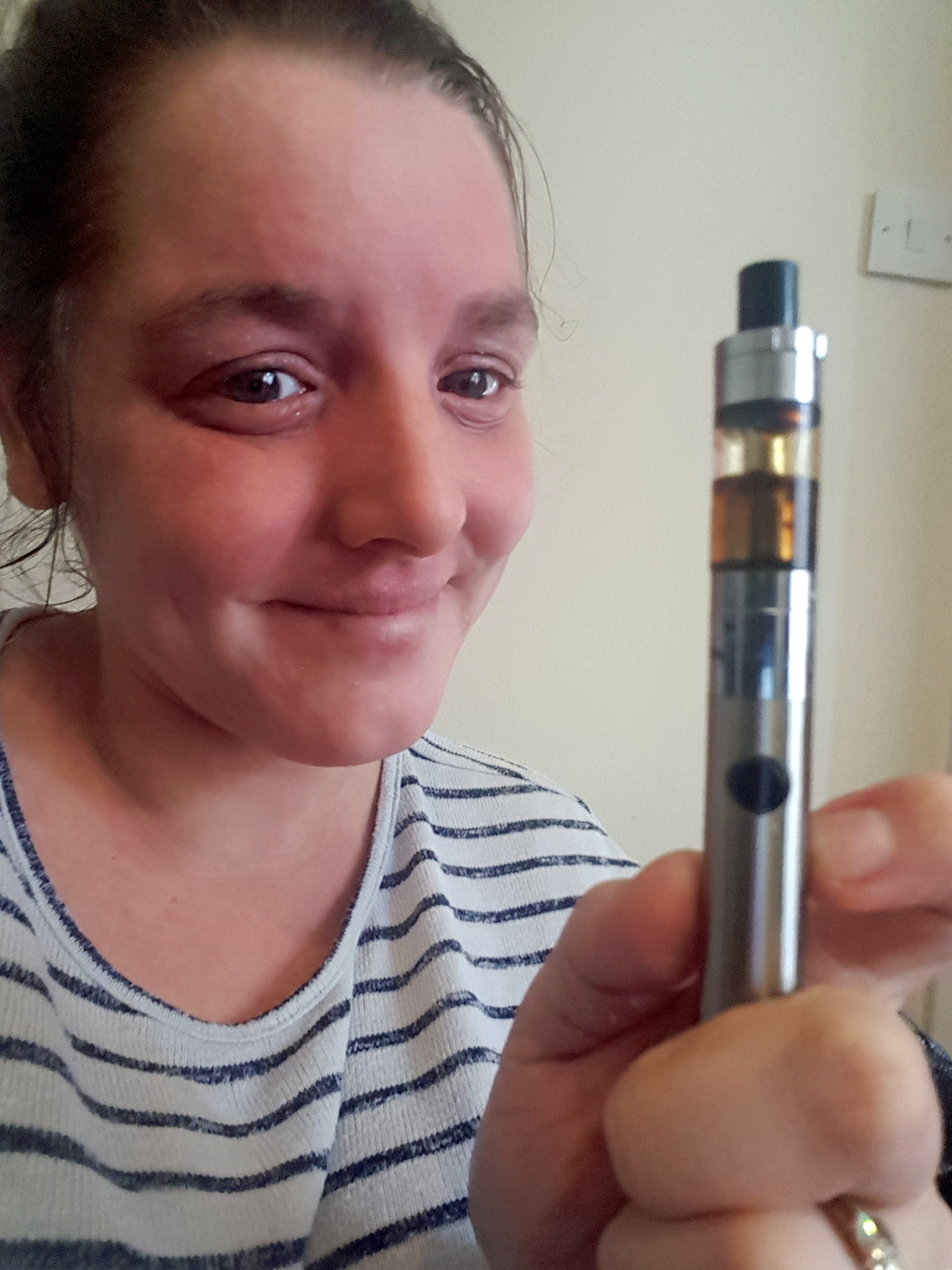 When her skin started to clear up in just two weeks, Cheryl was stunned. Some food which had previously caused her eczema to flare-up didn’t cause the same reaction to her skin.

She said: “I’ve not looked back since. I’ve been able to go shopping with my little girl, even go back to work. Alexis has noticed the difference as she always had to stay in the house with me.

“I have been able to eat bread and other things I haven’t eat in a long time without flare-ups and even had a glass of wine.

“I hope it continues to work so I can lead a normal life.”