A startling number of CBD products actually contain no CBD at all, or worse ‚Äď some are instead filled with synthetic marijuana or even¬†opioids, according to a new report.

The Associated Press tested 30 samples of CBD vape products at a private lab to determine how much of the compound was actually present¬†and also to check for the existence of any of 371 types of synthetic marijuana.

For its investigation, the news outlet also received results of testing done by law enforcement agencies across the country, on a variation of types of CBD products, such as edible CBD and vapes.

CBD, or¬†cannabidiol, is derived from the cannabis plant and, unlike THC, does not cause any known psychoactive effects.

Of the 30 samples that the news outlet commissioned to be tested, 10 contained synthetic marijuana. Out of 28 tested for the presence of CBD, eight detected no CBD at all, according to the report.

The news outlet also told the story of South Carolina college student Jay Jenkins, who, in May 2018, fell into a coma after trying a CBD vape product for the first time. 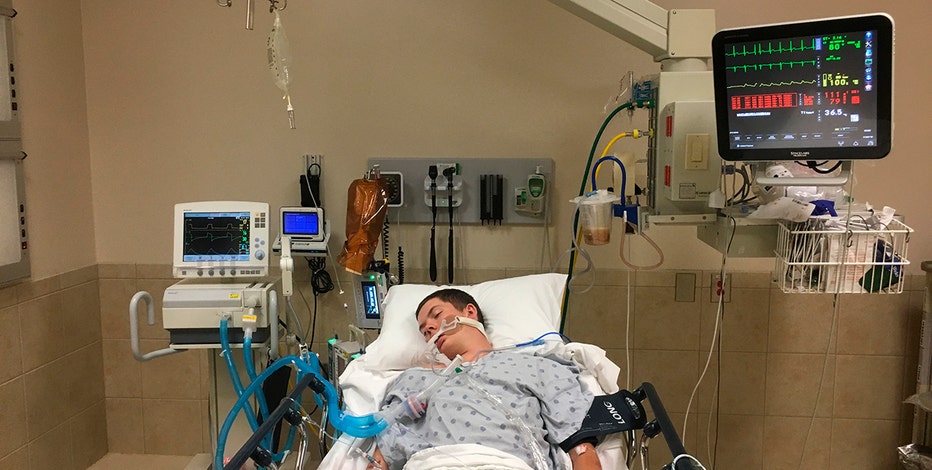 This May 2018, photo provided by Joseph Jenkins shows his son, Jay, in the emergency room of the Lexington Medical Center in Lexington, S.C. Jay Jenkins suffered acute respiratory failure and drifted into a coma, according to his medical records, aft

Jenkins and a friend bought a blueberry vape oil, called ‚ÄúYolo,‚ÄĚ at a 7 to 11 Market in Lexington, South Carolina. Shortly thereafter, the teen suffered respiratory failure and fell unconscious. He was released the next day after coming to.

At least 33 people in Utah also fell ill after using Yolo CBD oil, which was formerly sold by an employee of Mathco Health Corporation, according to the report. The employee, identified as the ‚Äúexclusive salesperson,‚ÄĚ no longer works for the company. 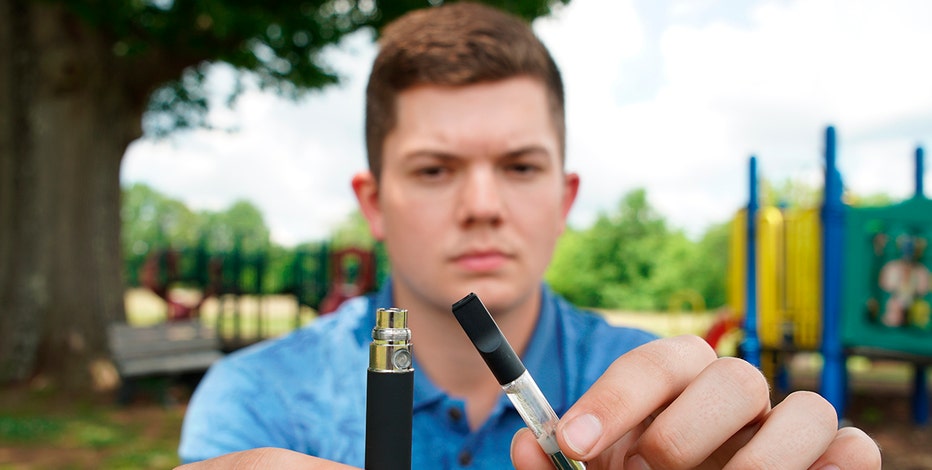 Jay Jenkins holds a Yolo! brand CBD oil vape cartridge alongside a vape pen at a park in Ninety Six, S.C., on Wednesday, May 8, 2019. Jenkins says two hits from the vape put him in a coma and nearly killed him in 2018. Lab testing commissioned by AP

When an AP reporter went back to the store where Jenkins had purchased Yolo, the tainted CBD oil was no longer for sale. Instead, a clerk encouraged they buy the owner‚Äôs ‚Äútop seller,‚ÄĚ called ‚Äú7 to 11 CBD.‚ÄĚ

The reporter bought three ‚Äď all of which tested positive for synthetic marijuana.

The Associated Press contributed to the reporting for this story.