What Medical Marijuana Is, and Is Not, Good For

In 2016, I was asked by Governor John Kasich to become an academic research member of Ohio‚Äôs Medical Marijuana Advisory Committee.¬† Ohio‚Äôs statute allows physicians to recommend the use of medical marijuana to people suffering with twenty-one different medical conditions, including: AIDS, 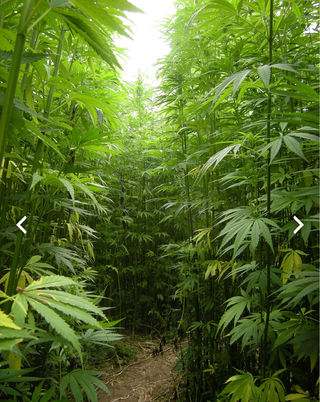 Studies on animals, and data collected from epidemiological studies, strongly support the use of marijuana for the treatment of chronic pain or in diseases with symptoms produced by inflammation. Thus, if you‚Äôre thinking of getting a recommendation to treat your symptoms associated with chronic traumatic encephalopathy, Crohn‚Äôs disease, fibromyalgia, glaucoma, inflammatory bowel disease, multiple sclerosis, chronic or severe pain, spinal cord injury, traumatic brain injury or ulcerative colitis, you may experience significant relief.¬† Currently, there is no reliable evidence that marijuana can cure any of these conditions; it can only reduce the severity of some of your symptoms. ¬†

No evidence exists that marijuana can cure Parkinson‚Äôs or Alzheimer‚Äôs disease. The current pre-clinical evidence using animal models strongly suggests that smoking marijuana as an adult may prevent Alzheimer‚Äôs and Parkinson‚Äôs disease. ¬†You should smoke only one puff of marijuana each day between the ages of thirty and sixty.¬† If the symptoms of these disorders have already appeared, such as dementia or shaking, it is unlikely that smoking marijuana will be beneficial.

Research in my laboratory (copies of publications can be obtained here) has demonstrated that stimulating the brain‚Äôs endogenous marijuana receptors offer protection by reducing brain inflammation and by restoring neurogenesis. Thus, later in life, marijuana might actually help your brain, rather than harm it.¬† It takes very little marijuana to produce benefits in the older brain. My lab coined the motto ‚Äúa puff is enough‚ÄĚ because it appears as though only a single puff each day is necessary to produce significant benefit. [A summary of these findings can be viewed in my TED talk.

What about seizure disorders? The FDA recently approved CBD (brand name Epidiolex from GW Pharmaceuticals), the second most common cannabinoid in marijuana after THC, for use in children with specific seizure disorders.¬† You should not assume that the FDA‚Äôs approval was given because medical science has shown CBD to be effective at reducing seizure incidence or severity ‚Äď the evidence does not exist to support such a claim.¬† There are a few anecdotal reports using products that contain more CBD than THC. ¬†The few investigations that exist do claim a reduction in seizure frequency with CBD treatment. Unfortunately, these studies relied upon reports by caregivers; this is very inaccurate measure of drug effectiveness. ¬†Caregiver reports have consistently shown significant benefits of CBD while quantitative measures of seizure reduction, such as electroencephalogram (EEG) recordings, do not show any significant benefit from CBD treatment.

One recent study discovered that the children with seizure disorders who move with their parents to Colorado, where recreational marijuana is available, have fewer seizures with CBD treatment, according to their caregiver‚Äôs assessment; in contrast, children with the same seizure disorders who already live in Colorado do not respond positively to CBD treatment. Thus, subjective reports by parents, particularly those who made the substantial sacrifice of moving to another state to obtain CBD treatment, are highly vulnerable to significant bias.¬† Essentially, until adequate evidence is collected using proper controls, the claimed benefits of CBD are solely due to the placebo effect. Now that the FDA has made Epidiolex available we may finally discover whether CBD is as effective as some desperate parents claim.

What about cancer? According to The National Cancer Institute at the NIH, there is insufficient evidence to recommend using marijuana as a treatment for cancer-related symptoms or cancer treatment‚Äďrelated symptoms or cancer treatment-related side effects. Yes, marijuana can kill cancer cells; however, so can many other chemicals, such as nicotine, but no one is going to recommend that you start smoking cigarettes to treat your lung cancer. ¬†

For patients with Tourette syndrome (TS), several anecdotal reports suggest that marijuana might suppress tics and some their associated behavioral problems. Tics are rapid movements or sounds that are repeated over and over for no reason. ¬†The two controlled trials available used both self and examiner rating scales; thus, we need to interpret these results cautiously. Presently, definitive conclusions cannot be drawn until much longer and larger trials are conducted.¬†

Thirty states and the District of Columbia have made medical marijuana available to their citizens.¬† The evidence collected from these states over the next decade may finally provide an answer to the question of what medical marijuana is, and is not, good for.¬†

« Earth Science Tech, Inc. Shares Progress on its Cannabis (CBD) Patent Formulas Which Form of CBD is Best For Me? 4 Popular Ways to Take CBD »