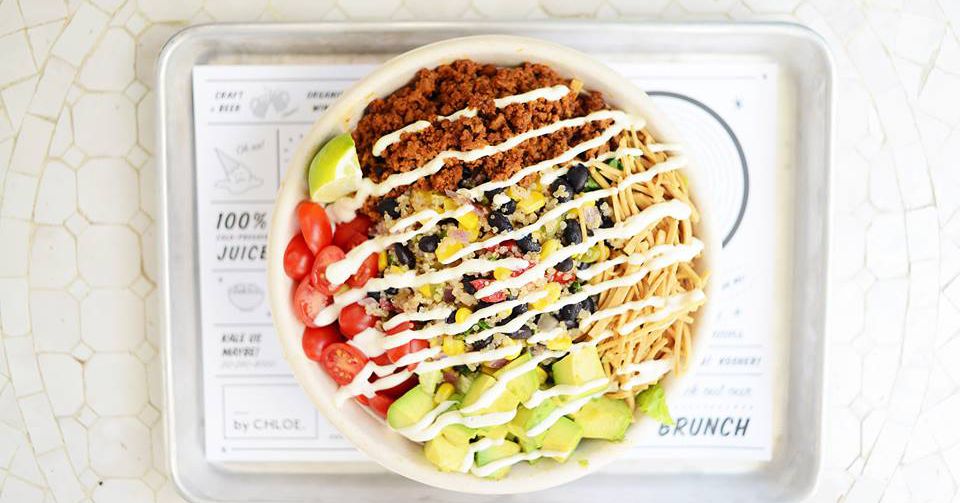 Vegan chain By Chloe, which served a limited edition CBD-infused brownie on April 20 this year, will release an entire line of CBD oil-infused treats, including cakes, cupcakes, cookies, mini pies, popcorn, beverages, and more on September 27. There will even be CBD-laden bones for dogs. Both locations of the brandâ€™s desserts shop Sweets By Chloe will serve as pop-ups for the new line, called Munchies By Chloe. Meanwhile, the massive new Seaport District location of By Chloe opens today. It seats 70 including the outdoor space, and itâ€™s the 13th location of the vegan fast-casual chain.

Former Times critic Frank Bruni launched a free newsletter about politics and culture this week, and the first edition includes a mini-rant on bagels and bagel preferences inspired, of course, by the bagel order heard around the world: Cynthia Nixonâ€™s cinnamon raisin bagel with lox, capers, tomato, and cream cheese. Bruni remarks that heâ€™s â€śflabbergastedâ€ť by the gubernatorial candidateâ€™s order but goes on to write that people should be free to eat whatever they want because appetite â€śtakes wild and unpredictable forms.â€ť His bagel order? A salt bagel with butter and yellow American cheese.

Pork-centric bar and restaurant Bar Bacon opened a second location in East Village at 127 Fourth Ave., between 12th and 13th streets. The former Suffolk Arms space has remained vacant for the past several months, but an unnamed restaurant/cocktail lounge will appear before Community Board 3 this month to seek a full liquor license. Portuguese cafe and sweets shop Joey Bats Cafe opened in the former Baby Brasa space at 129 Allen St., between Rivington and Delancey streets.

The Midtown East location of chef Simone Tongâ€™s Little Tong Noodle Shop is now open for dinner during the week, open from 11 a.m. to 9:30 p.m. Monday through Friday. The dinner menu includes the restaurantâ€™s signature mixian bowls as well as Yunnanese-inspired small plates and melt sandwiches.