Vaping‚Äôs Plausible Deniability Is Going Up in Smoke – The Atlantic 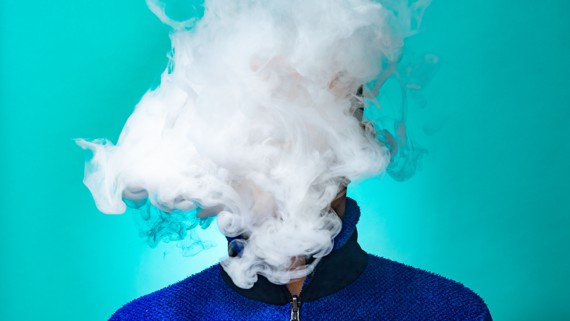 To market a product as less harmful than cigarettes is to damn it with faint praise.

America has known about the catastrophic harm smoking does to the human body for decades, so when e-cigarettes became widely available in the early 2010s, they were greeted with some optimism. The devices deliver nicotine or cannabinoids via vapor instead of smoke, which avoids some of the nasty by-products of combustion. There‚Äôs no way they could be as bad as cigarettes, right?

That rationale has helped nicotine-vaping rates explode since 2015, especially among teens. The same technology has become popular among cannabis users both legal and non-. But the question of vaping‚Äôs relative danger has recently taken on a much more desperate tone. While vaping is still so new that broad, long-term data on inhaling the often mysterious chemicals found in both nicotine and cannabis ‚Äúvape juice‚Äù won‚Äôt be available for years, Americans are beginning to see the effects that heavy or extended use of the vaping market‚Äôs vast array of products might have.

The early evidence is alarming. A report today from the Centers for Disease Control and Prevention found 450 cases in 33 states of a mysterious ‚Äúvaping illness‚Äù that affects the lungs of otherwise healthy people, most of them under the age of 30. So far, three people have died, and the CDC is investigating a fourth.

As stories pile up of sicknesses, side effects, and the potential for long-term consequences, it‚Äôs clear that ‚Äúsafe‚Äù and ‚Äúsafer than smoking cigarettes‚Äù are vastly different things.

When the regulation of most tobacco products came under the U.S. Food and Drug Administration‚Äôs control in 2009, the agency was involved in a lawsuit with an e-cigarette manufacturer over efforts to classify vapes as drug-delivery devices, which would have put placed them under a much higher level of regulatory scrutiny than other tobacco products. That bid failed in 2010, and the consumer tobacco market quickly filled with clever marketing tactics for equally clever‚Äîand in many cases addictive‚Äîvaping products. E-cigarettes devices themselves didn‚Äôt officially come under FDA tobacco oversight until 2016.

Now government agencies such as the FDA and the CDC have to play catch-up. The most immediate concern is the illness that has landed hundreds of people in the hospital this summer. Its laundry list of potential symptoms includes fatigue, nausea, dizziness, and extreme shortness of breath. Vape juice can contain dozens of different chemicals, so reverse-engineering what hundreds of sick people across the country have in common is tricky. Some of the problematic substances might be long gone by now, or they could be part of black-market cannabis products that patients are reticent to turn over to federal authorities.

The FDA has emphasized that it is too early to know for sure what‚Äôs causing the worst health problems, but testing so far points to cannabis products as the likeliest source of the most dire symptoms. Most patients have reported using vape products with tetrahydrocannabinol, the psychoactive ingredient in cannabis. No common chemical has been found yet across all the samples the FDA has tested, but public health authorities in New York have suggested vitamin E acetate is a possible culprit. Vitamin E acetate is sometimes found in the oil base for vape juice and can be harmful when inhaled in high concentrations.

In much of the country, cannabis‚Äôs cultural acceptance far outpaces its legal availability, which means that its users rely on products with unknown origins and ingredients, manufactured with no regulatory oversight. Marijuana is still illegal at the federal level, so even states that have legalized it are left on their own when regulating its manufacture and sale. One of the deaths has been linked to a cannabis vape purchased from an Oregon dispensary.

Advocates for the nicotine-vaping industry have been quick to point to black-market cannabis products as the real source of health problems, which they claim are being used misleadingly by anti-tobacco advocates to fuel their own crusades. But that argument belies the fundamental lack of information available when evaluating nicotine vaping‚Äôs impacts on health and its potential interactions with other drugs. Many of the people who are known to have fallen sick this summer use nicotine vapes in addition to cannabis, and it‚Äôs possible that lung irritation caused by frequent use of nicotine e-cigarettes could hasten or worsen the impacts of chemicals found in black-market cannabis products.

That argument also ignores the small but growing body of evidence that nicotine vaping could harm long-term users by itself, and especially those who start young. The FDA is investigating more than 120 reports of seizures and other neurological symptoms linked to vapes between 2010 and 2019. At least some of those cases have been linked to devices from Juul, the brand that commands more than 70 percent of the nicotine-vaping market in the United States and that has found particularly wide favor among teens and young adults. (In response to mounting health concerns, Juul CEO Kevin Burns has publicly urged people who aren‚Äôt already cigarette smokers to avoid vaping, including with products made by his company.)

Beyond official investigations of health problems that are already occurring, some experts fear what can‚Äôt yet be known. Popular e-cigarette formats require vapers to inhale the same kinds of fine particulates present in outdoor air pollution. No research is yet available on the consequences of ingesting those particles from vaping specifically, but studies on smoking and pollution have found that the particles become embedded in the lungs and are linked to increased rates of heart attack and cardiovascular disease.

Research suggests that switching to e-cigarettes might be an effective harm-reduction tactic for people who already smoke cigarettes. But the real problem of vaping isn‚Äôt all that different from the one presented by cigarettes: Nicotine is a highly addictive chemical, and feeding that addiction requires repeated long-term contact with all kinds of solvents, emulsifiers, and by-products that have either harmful or unknown consequences for those who inhale them. Legal e-cigarettes have reversed a decades-long downward trend in teen tobacco use, and no one knows with any certainty what picking up that habit might do to those kids. By the time researchers do, it might be too late.

« Stephen, a Stage-3 Pancreatic Cancer Patient Struggles to Get Medical Cannabis – TheCannabisRadar Cannabis During Breast Cancer Treatment: What Are The Benefits? – The Fresh Toast »