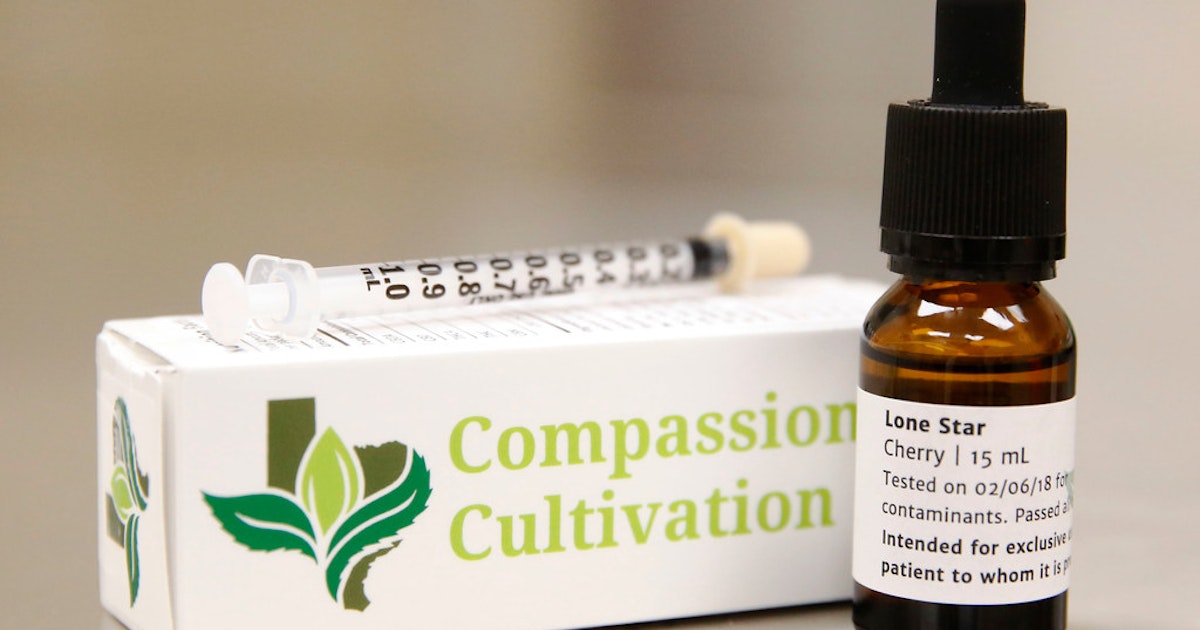 Just a fraction of Texans with intractable epilepsyâ€” 686 people â€” are part of the program, according to the Texas Department of Public Safety. Fifty-three doctors have registered to prescribe cannabis. Most are based in metro areas, such as Dallas, Austin and Houston.

Jose Hidalgo, CEO of Knox Medical, said some Texans have trouble accessing the medication because they live in rural areas and do not have doctors nearby who can sign off on an order.

And some doctors fear repercussions for prescribing a medication thatâ€™s not FDA-approved and classified by the federal government as a controlled substance, said Fazio, director of Texans for Responsible Marijuana Policy.

Denton said he wants more Texans to have access to the medicine, especially after seeing it help people with epilepsy. One of the company’s customers, a teenager, used to have dozens of seizures a week and couldn’t be left alone. The 16-year-old hasn’t had a seizure in months, and she recently got her driver’s license.

â€śThis is a girl who has been given her life back,” he said.

If Texans are sick and can’t get the medicine, DentonÂ said, theyÂ may turn to off-the-shelf CBD that doesnâ€™t have quality controls that make it safe and consistent.Â Heâ€™s been frustrated by the hype around unregulated and unproven CBD products â€” â€śa wonder drug that can cure cancer and make your bed.â€ť

â€śThe vast majority of those products are garbage,â€ť he said. â€śWeâ€™ve tested a lot of them and not a single one is what it says it is on the label.â€ť

In Miami, news station NBC 6 purchased 35 CBD products from seven companies, including five products of each brand, and tested them at an accredited lab. Of the 35 samples, 20 had less than half of the amount of CBD listed on the label. Some had none at all.

In another report by a New York station, NBC 4, an independent lab found dangerous amounts of lead in one CBD product and a high amount of pesticides in another.

The Texas Department of State Health Services can detain products labeled as CBD becauseÂ theyâ€™re not approved by the FDA for use in food, dietary supplements or cosmetics â€” but the agency largely has taken a hands-off approach. A spokesperson said the state agency has detained CBD food products fewer than five times in the past two years, and none in the past seven months.

Despite challenges and confusion, all three companies say they’re in Texas for the long haul. But they’d like to see their market and profits grow.

Compassionate Cultivation counts the majority of Texans who are part of the Compassionate Use program as customers, but the company hasn’t turned a profit yet, Denton said. It’s served about 500 of the 686 registered patients. About 400 patients are active customers, spending $320 a month on cannabis-based medicine, he said.

Surterra Texas and Knox Medical declined to say how many patients they’ve served and whether they are profitable. Both operate in other states.

Knox Medical sells products in Pennsylvania, Puerto Rico and Florida and has international operations in Canada and parts of Latin America.

Surterra Wellness, the parent of the Texas company, is led by William “Beau” Wrigley, the former CEO of the gum and confections company. The 600-person company has more than 20 wellness centers in Florida, where it is licensed to treat patients for more than 12 conditions. It acquired a cannabis company in Nevada and recently agreed to buy a Massachusetts company for an undisclosed price.

The companies said expanding the list of eligible medical conditions for their more potent products would allow them to manufacture in larger quantities and drive down costs for patients and their families.

Texas lawmakers are considering a record number of cannabis bills this session. Some would expand medical conditions that are part of the Compassionate Use program. Others would reduce criminal penalties for possession of marijuana or legalize hemp.

« Governor Noem: Conversation Has Changed on Hemp Bill – KDLT News CBD drug may be the next Lipitor, CEO says – Nine »