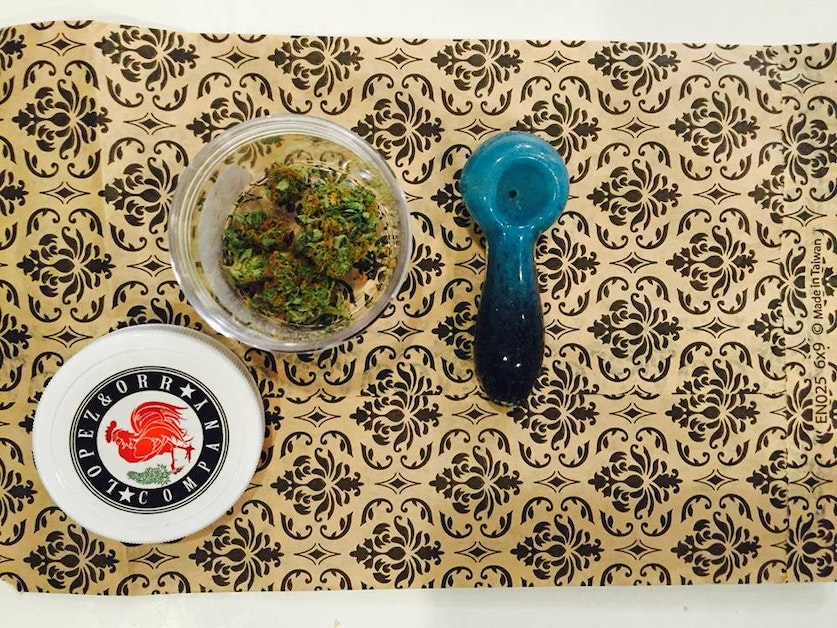 A patient came to my clinic recently for help with stress. She was out of work, living at home, and the lack of structure had made her anxiety worse.

As she described her symptoms, she tapped her legs nervously and shifted in her seat, her movements almost dance-like.

I asked if anything had helped.

‚ÄúHonestly?‚ÄĚ she said, fixing her eyes on me for the first time. ‚ÄúMarijuana has helped A LOT.‚ÄĚ

When it came to counseling this patient, I was at a loss. The medical establishment has largely pulled away from conversations about cannabis‚ÄĒcommonly known as marijuana‚ÄĒand patients have been left to navigate health risks for themselves.

Meanwhile, use keeps rising, the assumption that it is safe, and even good for our health. But as anyone who uses weed will tell you, these are not your grandma‚Äôs pot brownies.

THC, the most potent psychoactive ingredient in marijuana, has tripled in the last 20 years. And as genetic modification and processing techniques advance, the cannabis industry is poised to make billions on something that bears almost no resemblance to the marijuana humans have used for centuries.

Yes, marijuana can ease pain. It can also make you vomit uncontrollably for months, experience psychosis, and change the way your brain matures. And as the content of what we are smoking, eating, vaping, and swallowing changes, we know less and less about what we are putting into our bodies and the potential consequences.

Washington and Colorado were the first two states to legalize marijuana for recreational use. Our state is awash in legalized cannabis, brightly lit stores with lollipops, joints, chocolates, and vape pens that look like Willy Wonka‚Äôs after hours lounge. Packages have official-looking labels, and confident budtenders talk about the anticipated effects of different brands and modes of ingestion.

But state legalization of cannabis came without a clear, scientific reckoning of what this drug does and does not do.

‚Äú[Legalized marijuana] is an incredible experiment that we are doing,‚ÄĚ said Deepak D‚ÄôSouza, a professor of psychiatry at Yale University. He and others have raised concerns about the multi-billion dollar industry and its potential harms.

D’Souza worries also about psychosis and the effect of weed on brain development, especially with rising THC content.

Industry messaging that marijuana is totally safe is ‚Äúdeafening,‚ÄĚ D‚ÄôSouza said. ‚ÄúI can‚Äôt compete with that message because it‚Äôs all over the place and it‚Äôs increasing.‚ÄĚ

he most extreme pro-cannabis narratives claim that cannabis is harmless, even a cure-all for diseases that has been suppressed by greedy pharmaceuticals.

The anti-cannabis narrative, meanwhile, has used alarmist reporting to imply that smoking weed will turn you into a homicidal maniac. And the biggest proponent of anti-cannabis hysteria has been the federal government, said Peter Grinspoon, a physician at Harvard Medical School and director of Doctors for Cannabis Regulation.

The federal government still classifies cannabis as more dangerous than methamphetamines and opium, leading to the arrest of millions of mostly black and Latinx people.

Solid research about cannabis is hard to come by, largely because the federal government has made it so difficult to study ‚ÄĒ even requiring researchers to apply for a license with the Drug Enforcement Administration. But here‚Äôs what we do know about the pros and cons of marijuana for your health:

‚óŹ There is strong evidence that cannabis is useful in chronic pain, treating nausea in chemotherapy patients, and muscle spasms in multiple sclerosis.

‚óŹ There is some scientific support for the use of cannabis in a few other conditions, including weight loss in HIV, Tourette syndrome, but this is not conclusive.

‚óŹ The first FDA approved medication derived from cannabis, epidolex, decreases the number of seizures in severe forms of childhood epilepsy. (It is comprised of CBD, which unlike THC, does not alter reality perception and may even protect against the psychoactive effects of THC)

‚óŹ Chronic vomiting: While using cannabis in the short-term can ease feelings of nausea, long-term heavy use can interfere with the natural function of your digestive tract and cause recurrent, severe vomiting that often requires hospitalization. Doctors call this ‚Äúcannabis hyperemesis syndrome.‚ÄĚ One of the hallmarks of this disorder is that its symptoms are relieved with long, hot showers. The treatment and diagnosis of cannabis hyperemesis requires someone to stop using all types of marijuana for six months, which can be ‚Äúan almost impossible ask‚ÄĚ for someone using daily, Grinspoon has found.

‚óŹ Brain development: Even advocates of cannabis are concerned about the effect of marijuana on young brains. People who use marijuana have been found to have impairments in memory, learning, attention, and decision-making. While it‚Äôs difficult to pinpoint the effect of cannabis on something as complex as brain development, teenagers who use even small amounts have been found to have changes in the structure of their brains. And in March this year, a study in the Journal of Neuroscience found that even one or two uses of cannabis caused changes in brain development in users 14 years old and younger.

‚óŹ Pregnancy: the effects of marijuana on pregnancy have been less well-studied than other drugs, but there does seem to be an increased risk of low birth weight, and serious illness in the newborn, even after controlling for other substances and risk factors.

‚óŹ Psychosis: We have long known that marijuana can induce psychosis temporarily, but whether it increases the risk of psychotic disorders, like schizophrenia, is still hotly debated. There is growing evidence, however, that more frequent use and higher potency cannabis can increase the risk for longterm psychotic disorders, particularly in adolescents.

‚óŹ Just like with any substance, it is possible to become addicted to marijuana. Researchers estimate that about one in ten users is addicted, meaning they are continuing to use in spite of negative consequences on their lives, relationships, or health.

‚óŹ There is, however, no good evidence that weed is a gateway drug, or that it makes you violent.

‚óŹ Unlike alcohol and opioids, weed will not kill you, unless you can smoke 2,000 joints in a sitting.

Quality research takes time, and the content of commercially available marijuana is changing at blazing pace. We just don’t know what these changes mean for the safety of weed.

As plants are bred for higher THC content, the concentration of CBD, which is not psychoactive and may even be protective against the effects of THC on the brain, has dropped.

Meanwhile, synthetic marijuanas and the ongoing vape crisis have exposed gaping holes in regulation of an increasingly powerful and profitable industry selling a product that bears little resemblance to the plant humans have used for centuries. (It is also notable that few of the communities directly harmed by the drug war have benefited from the commercialization of pot, especially in Washington).

Even so, few pot researchers would advocate that cannabis should be criminalized at the federal level.

As Grinspoon, the Harvard researcher, said, ‚ÄúBeing arrested is much worse for your health than cannabis ever could be.‚ÄĚ

ore than 1,000 people so far have become acutely ill after vaping, often needing to be hospitalized and placed on breathing tubes. More than a dozen have died.

Four out of five vaping related lung injuries so far have involved some form of cannabis or THC derivative, said Marcela Azevedo, a pulmonary fellow at the University of Indiana.

The cause seems not to be the THC, but additives that are cut with the marijuana or tobacco product ‚ÄĒ which most state labs don‚Äôt test for. Right now, no commercial or black market vapes can be considered safe, Azevedo said, a statement backed by the American Thoracic Society.

‚ÄúEven in the non-modified vapes, the vapes put out by companies, states don‚Äôt have mandated reporting on what is in there,‚ÄĚ Azevedo said.

Christine Bryant, the marketing director for Hashtag Cannabis in Seattle, said the vaping crisis has left them wondering how to ensure their products won‚Äôt make people sick.

‚ÄúThis is an industry that is simultaneously too regulated and not regulated enough,‚ÄĚ Bryant said. ‚ÄúWe try to do our best, and ask tough questions… We also use everything we sell, so we want to know for ourselves too.‚ÄĚ

There‚Äôs no long-term study on the safety of vaping, and vape cartridges and additives are largely unregulated.

But even with hundreds of mysterious illnesses and a growing number of deaths, public health advocates are fighting a ‚Äúhangover from the war on drugs,‚ÄĚ Grinspoon said.

Elisabeth Poorman is a primary care physician and writer in Seattle.