The industrial uses and possible uses for Hemp – The Recorder 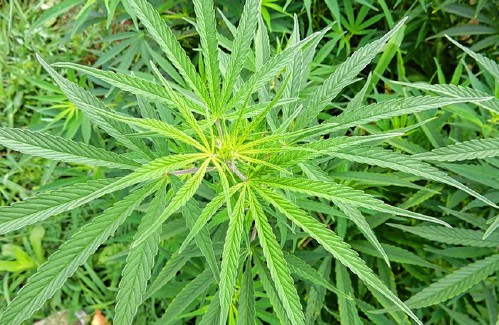 Everybody is talking about hemp. When we recently attended a family gathering in Vermont we talked to three of my young cousins, Heidi, Tammy¬†and Debby, who had planted hemp. A change in the Vermont laws now makes it legal to plant hemp. Four-hundred-fifty or so farms are now doing just that. Dairy farming is not as profitable as it was, and hemp is now in demand. Please remember, industrial hemp does not contain THC, the compound in marijuana that makes you get high.

My cousins got their start with a friend who gave them about 1,900 baby cannabis plants in the spring. They had rototilled one and a half fertile acres of the old family farm. Then they set to planting in early May. There had been rain and their soil had good drainage.

The plants were very tiny with a tiny root base. They said each of them used a teaspoon for putting them in the ground. My cousins have day jobs and so it took three weekends to get them all planted, carefully providing at least six feet of space between each plant, which can reach a height of eight feet.

There is more to raising hemp than getting tiny plants in the ground. At some point, the hemp plants will decide if they want to be male or female. They have no gender when the seeds sprout unless they have been feminized. My cousins did invest in paying for enough femininized hemp to fill two rows.

I got in touch with Heather Darby, a professor at the University of Vermont, and she explained feminizing.

‚ÄúYoung plants are sprayed with colloidal silver, and this triggers them to produce ‚Äėmale flowers‚Äô¬†that only produce female pollen. Hence, if this crosses with the female flowers you should end up with female seeds,‚ÄĚ she said in an email.¬†

Professor Darby said she did not know of any Vermont production companies that treated hemp for anything other than CBD oil.¬†

My cousins did know it is only the female buds that can make CBD oil, which has medicinal uses.¬†All male buds have to be removed. If the male buds are allowed to open and spread their pollen, the male pollen will infect all the females and ruin them ‚ÄĒ¬†no CBD oil.

This is a real learning experience for them ‚ÄĒ and many others in Vermont and other states.

Last week, I was on my way through Buckland to Goshen and was stunned to see three big fields of hemp plants.

I used to buy great corn from a farm on Route 112. While corn is still available, two fields on either side of the farmhouse, and a third field surrounding the Wilder Homestead are filled with industrial hemp plants. This is a much more serious operation than my cousins have. It is an indication of the increasing interest in hemp.

For myself, I am interested in hemp being grown for more reasons than CBD oil. It is the fibers of the plant that can be used in many ways, for textiles, paper, insulation, biodegradable plastics¬†and bio-fuel, to name a few uses. Forbes Magazine said 25,000 products can be made from hemp.

Industrial hemp has an environmental benefit, in that it can be grown in every state of our nation. In addition, last December, President Donald Trump signed a bill that removes hemp from the controlled substances list and redefines it as an agricultural product.

Since growing marijuana and industrial hemp has been illegal since 1937, there is a lag in how quickly production machines can be put in place. This is particularly true for hemp because people have forgotten its advantages.¬†However, change is coming.

Carl Lehrburg of PureHemp Technology in Fort Lupton, Colo., said ‚ÄúMost of the hemp plant is underutilized and wasted today in the U.S.‚ÄĚ

His company is developing traditional hemp stalk processing equipment that separates long and short fibers from the tough stem for processing into pulp, sugars and lignins, a process called ‚Äúdecorticating.‚ÄĚ Processing hemp in the CCR (countercurrent reactor) results in the production of pulp as one product and the extract liquor is further refined into lignin and sugar co-products. I like to think his company is only one among many.

Hemp has only been legal for a couple of years, but already there are 115 licensed growers and processors in Massachusetts. I can almost see the hemp clothes I want.

Pat Leuchtman has been writing and gardening in Heath at End of the Road Farm since 1980. She now lives in Greenfield. Readers can leave comments at her website: commonweeder.com

« What a vegan bodybuilder eats in a day – FemaleFirst.co.uk Three Organic CBD Products With 5 Star Ratings Are Top Sellers In 2019 – Yahoo Finance »