For thousands of years, cannabis has been used to treat everything from pain to indigestion.

Now, it is finally making its pharmaceutical debut, potentially opening the door for further marijuana-based treatments.

On Monday, the Food and Drug Administration announced the approval of Epidiolex, a cannabidiol (CBD) solution, to treat seizures in two rare forms of epilepsy: Lennox-Gastaut syndrome and Dravet syndrome. CBD is a member of the cannabinoid family, a group of chemicals produced by marijuana and other cannabis plants. Epidiolex is the first cannabis-based drug ever approved by the FDA. 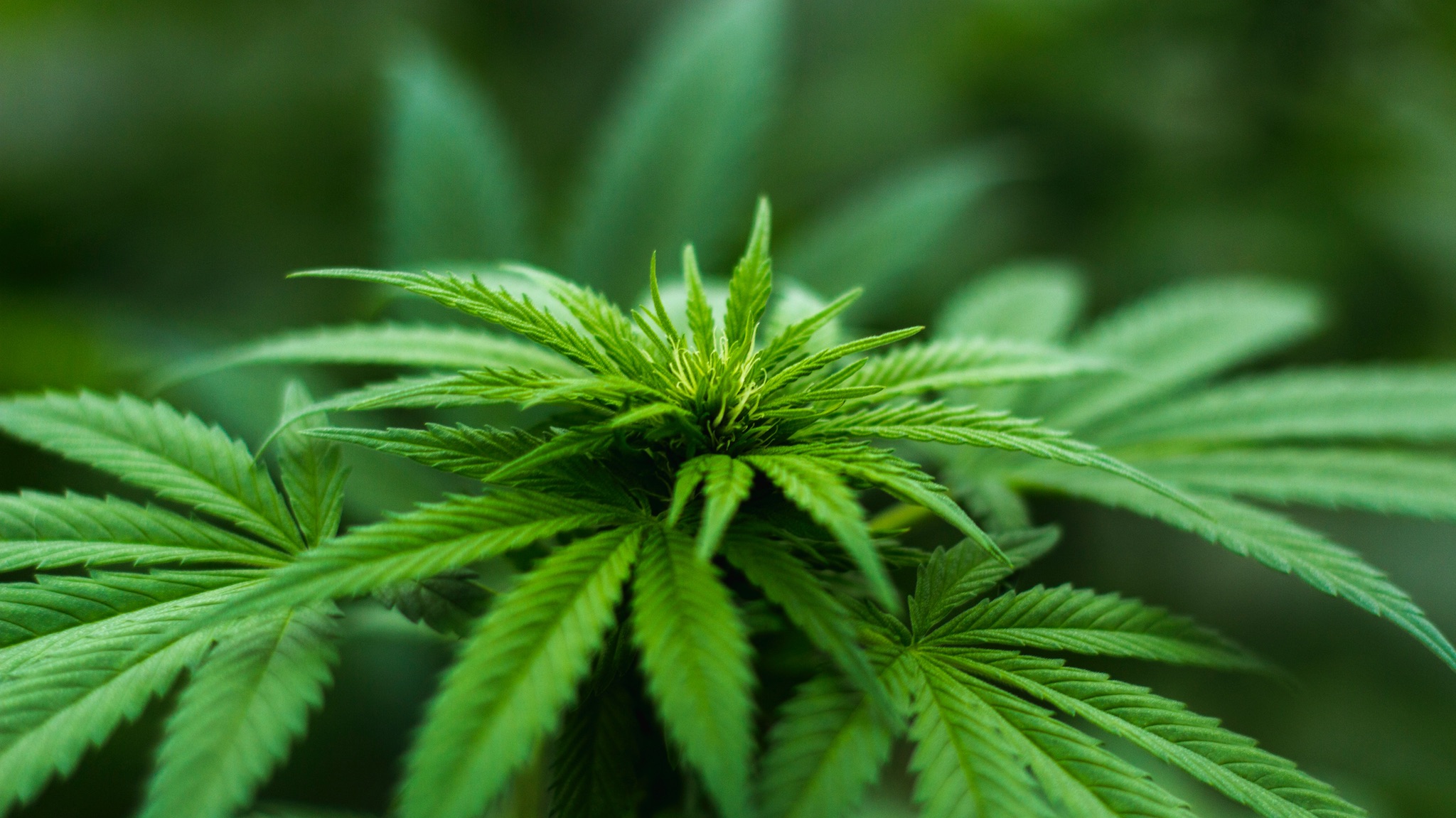 Epidiolex is the first cannabis-based drug ever approved by the FDA.

The FDA approval was nearly guaranteed after a panel unanimously approved the drug earlier this year, and it comes after a six-year effort propelled by patients and families, with the support of their doctors. The first American patient tried the drug independently, and went from having days with over 100 seizures to a handful of seizures per day. His success allowed more patients to get access, followed by a randomized clinical trial.

ŌĆ£The power of this story is the power of the patient community,ŌĆØ said Elizabeth Thiele, director of pediatric epilepsy at Massachusetts General Hospital.

Unlike its fellow cannabinoid tetrahydrocannabinol (better known as THC), CBD wonŌĆÖt get you high. The active ingredient in strawberry-flavored Epidiolex is 99% pure CBD, extracted from cannabis grown by GW Pharmaceuticals in the United Kingdom. No one is entirely sure how the drug works, but it is thought to influence signalling between neurons. ItŌĆÖs a similar approach taken by other, more traditional anti-seizure medications, but through a different mechanism, said Orrin Devinsky, director of NYU LangoneŌĆÖs Comprehensive Epilepsy Center and leader of the clinical trial.

Epidiolex is anticipated to be available in the fall of 2018, but it isnŌĆÖt quite ready for prime time yet. For one thing, despite the FDA approval, itŌĆÖs still illegal. CBD is still a Schedule I drug, which the Drug Enforcement Agency defines as ŌĆ£drugs with no currently accepted medical use and a high potential for abuse.ŌĆØ ThatŌĆÖs likely to change in the next 90 days, though. Researchers still have to investigate its accompanying side effectsŌĆömost notably, liver damage from toxic byproducts, especially in combination with other drugs given to epileptic patients, such as clobazam.

For many patients and their families, who had been using CBD on their own for years, the trial was just a formality.

ŌĆ£[A study] that says this works for epilepsy? We say, no kidding. WeŌĆÖve been doing this for six years, and thatŌĆÖs what we see, too,ŌĆØ said Heather Jackson, co-founder and CEO of Realm of Care, a research and education non-profit that focuses on helping families navigate the landscape of cannabinoid treatments. Jackson speaks from experience. Her son Zaki used to have frequent seizures but then they tried CBD; three months later, his condition was in remission.

From her office in Massachusetts, Thiele noticed that the patient demand for CBD spread across the country via social media when medical marijuana was legalized in Colorado and California. ŌĆ£Never in my career had I experienced so many patients coming in asking for the same treatment option,ŌĆØ Thiele said.

The lack of pharmaceutical options has driven most patients to hemp-based CBD oils like ŌĆ£CharlotteŌĆÖs WebŌĆØ (named for a young patient who was one of its earliest success stories), dispensaries in states with legal medical marijuana, or even home-grown cannabis. The main difference between these products and Epidiolex is that the former are usually whole-plant extractsŌĆöwhich retain thousands of cannabis chemicals with unknown effectsŌĆöwhile the latter is a purified extract.

Cannabis is a ŌĆ£fickle plant,ŌĆØ Thiele said, so she is concerned about treating children with an unregulated product because she doesnŌĆÖt know exactly how much sheŌĆÖs giving them. Jackson and Realm of Caring have identified certain manufacturers whose products are more consistentŌĆöshe even monitors the CBD content in her own sonŌĆÖs medication.

Despite the new drugŌĆÖs approval, Jackson isnŌĆÖt sure it will entice many parents who already use CBD to seek out a prescription. ŌĆ£The parents that I know, if what theyŌĆÖre doing is working, they wonŌĆÖt switch a thing,ŌĆØ Jackson said. ŌĆ£TheyŌĆÖre not rocking the boat.ŌĆØ But she acknowledges that the pharmaceutical is a good option to have.

Like other anti-epileptic drugs, Epidiolex is expected to be covered by insurance for its approved disorders. Lennox-Gastaut syndrome represents 1-4% of childhood epilepsies, and Dravet syndrome represents less than 1% of all epilepsies total. That leaves a large number of more children with epilepsy whose seizures arenŌĆÖt under control, said Angel Hernandez, division chief for neurosciences at Helen DeVos ChildrenŌĆÖs Hospital in Grand Rapids, Michigan and chair of the National Epilepsy FoundationŌĆÖs professional advisory board. Take JacksonŌĆÖs son, for example: His condition is Doose syndrome, a different rare form of epilepsy.

The drugŌĆÖs approval makes it available for off-label use, which is when a doctor prescribes a drug to treat a condition for which it isnŌĆÖt specifically approved. In fact, this is a fairly common practice for epilepsy, Hernandez said, because most anti-epileptic drugs are approved for very narrow diagnoses. But insurance may not cover the cost of off-label use, which the Associated Press estimates will be $25,000 per year. ThatŌĆÖs a not insignificant increase for patients currently using whole-plant extracts; for example, Jackson pays $1,800 per year for her sonŌĆÖs treatment.

Hernandez expects off-label use to be prevalent. ŌĆ£Our goal as physicians is for the FDA and eventually the DEA to be flexible enough for us to use this medication in other severe forms of epilepsy as well, typically off label,ŌĆØ she said. ŌĆ£There are so many patients with other forms of epilepsy who could benefit.ŌĆØ

Because GW Pharmaceuticals developed Epidiolex under the FDAŌĆÖs Orphan Drug Program, they have an exclusive right to CBD-based therapies for Dravet and Lennox-Gastaut for the next seven years.

And while the current approved use is relatively narrow, the re-scheduling of the drug opens up the possibility of research into the medicinal properties of CBD to treat other conditions, like other epilepsy types and chronic pain.

ŌĆ£People have been using cannabis to treat epilepsy for thousands of years,ŌĆØ Thiele said. ŌĆ£This is the first time an organization like the FDA has said, ŌĆśyes, this should be available.ŌĆÖŌĆØ

« How to Take CBD Oil For Maximum Effects, According to an Expert What Is CBD Oil? »