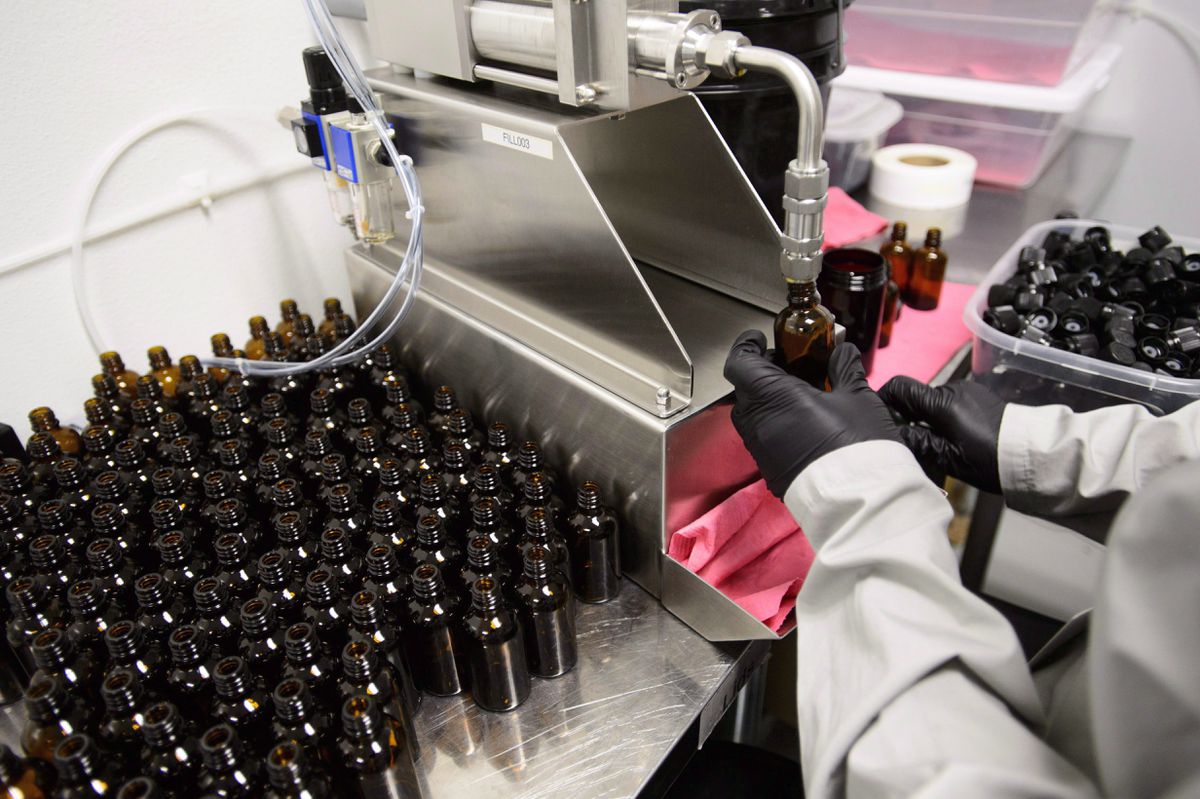 Toronto researchers have determined what dosage of a specially formulated cannabis oil is safe and can be tolerated by children with Dravet syndrome, a rare genetic form of epilepsy that causes lifelong seizures.

Researchers at the Hospital for Sick Children tested the cannabis oil, which contains CBD (cannabidiol) and a small amount of marijuanaâ€™s psychoactive ingredient THC (tetrahydrocannabidiol) in 20 children with Dravet syndrome, whose seizures were not well-controlled with standard anti-convulsant medications.

Cannabis oil containing only CBD has been shown to have anti-seizure effects in children with Dravetâ€™s, but the Sick Kids research team wanted to assess the benefits of a preparation that also included THC, with a primary goal of determining a safe pediatric dose and any side-effects the drug caused.

Children with Dravet syndrome experience ongoing seizures â€” in some cases, more than a hundred a day â€” leading to developmental delays and significant learning disabilities. Dravetâ€™s is responsible for up to 30 per cent of all cases of epilepsy; it is difficult to treat and has no cure.

â€śWe saw an overall median reduction (in seizures) of 70 per cent,â€ť said neurologist Dr. Blathnaid McCoy, lead author of the study published Wednesday in the Annals of Clinical and Translational Neurology.

â€śAnd one of the things we tracked was seizure-free days … which went from a mean of 11.8 days to 18.3 days, which is essentially an extra week (and) which is clinically very meaningful.â€ť

However, not all of the children responded positively: four saw their seizures increase in frequency while taking oral doses of the oil, a pharmacy-grade preparation produced by Tilray Inc.

However, McCoy said that increased seizure activity could also be due to the nature of Dravetâ€™s, which is known to cause â€śpeaks and troughs, even if we donâ€™t do anything.â€ť

For Laura Weightman, whose 16-year-old daughter Abigail had her first Dravet seizure at eight months old, the cannabis oil therapy has meant new hope for her childâ€™s future.

The Pickering, Ont., mother of four said Abigail had experienced about 100 seizures a month from about age three to five, a number that was subsequently reduced to about 10 to 20 per month with surgical and pharmaceutical interventions.

But since enrolling in the study in April 2017 and starting treatment with the cannabis oil, Abigail has had only three seizures in the last eight months, she said.

Abigail attends school, although she has a limited vocabulary and has cognitive and developmental delays as a result of her lifelong seizures. She is unable to dress or feed herself, but â€śmotor-wise, she runs, jumps,â€ť said her mother.

Among the potential side effects of the cannabis oil that the study found was sleepiness and reduced appetite leading to weight loss â€” a bit of a surprise finding because cannabis is used to promote appetite in cancer patients to stop them shedding pounds.

â€śAs far as being tired, she couldnâ€™t have more energy,â€ť Weightman said of Abigail. â€śSheâ€™s so much more alert and aware and exploring the world more.

â€śI kind of call her my toddler teenager because sheâ€™s into everything now.â€ť

Much of the scientific evidence for marijuanaâ€™s anti-seizure properties has come from research using a CBD-only product. But research suggests that preparations that also contain THC may be superior.

McCoy said the next step is to design a larger study of at least 200 children with any kind of epilepsy, not only that caused by Dravet syndrome, to assess the effect of the CBD-THC oil in better controlling seizures.

â€śOur study provides us now with an idea on dosing and safety,â€ť she said. â€śNow we need to have much greater numbers before we can say more about effectiveness.â€ť