A CBD oil store in Southlake that the FDA says was making illegal marketing claims says it had no idea it was doing anything wrong.

SOUTHLAKE, Texas – A CBD oil store in Southlake that the FDA says was making illegal marketing claims says it had no idea it was doing anything wrong.

The store is among a handful of CBD businesses around the country the FDA warned on Monday. The federal government says they could face legal action if they don’t stop making the claims.

CBD is popping up all across the U.S. Users swear by the health benefits, but the FDA says, for now, stores canâ€™t talk about the possible benefits. The federal government ordered all those businesses to immediately stop making those claims. 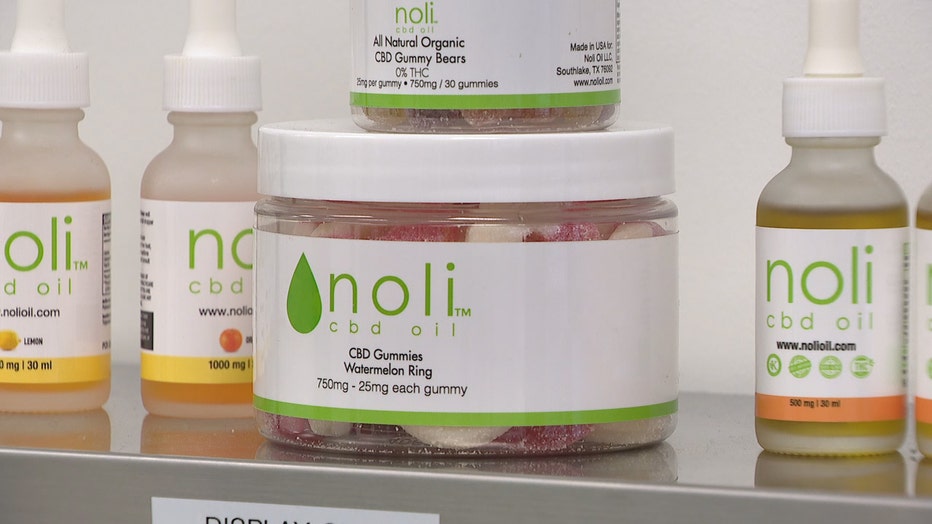 But the FDA says there are unanswered questions about CBD and what, if any, benefits there are for treating disease or being used as a dietary supplement.

The FDA says itâ€™s exploring â€śpotential pathways for various types of CBD products to be lawfully marketed,â€ť and it â€śplans to provide an update on its progress…in the coming weeks.â€ť

â€śWe’ve been waiting for the FDA all year,â€ť she said. â€śThey keep promising that they’re going to get us rules, regulations, guidelines for us.â€ť

Customer Shawn Coker swears that CBD helps him sleep and reduces his inflammation. Heâ€™s just one of many people across the U.S. using whatâ€™s similar to marijuana in some respects, but does not get users high.

â€śNow, to get anti-inflammatory stuff, you have to take drugs,â€ť Coker said. â€śAnd I sort of saw this as a natural alternative to that.â€ť

While the FDA works to release its findings, businesses like Noli Oil wonder if the health benefits people report will be backed up by the federal government.

Noli Oil has 15 business days to make the FDA changes. The FDA did not say how it picked out these specific stores across the country.