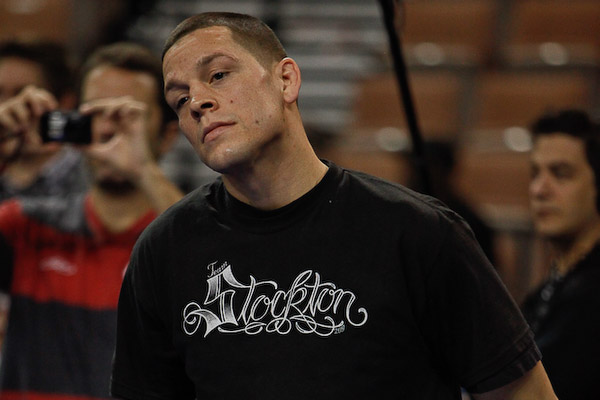 The endocannabinoid system (ECS) has already been a ground-breaking discovery for biology and cannabinoid science. Researchers have found new receptors and neurotransmitters that can be stimulated or suppressed to help treat various chemical imbalances, which stop the body from reaching a state of homeostasis.

How come the intricacies and importance of the ECS remained unknown until the late 20th century? Because without finding out more about the properties of the cannabis plant, it would not have been possible to locate the ECS. Dr. Raphael Mechoulam and his team spent decades looking for an endogenous compound which produced similar effects to tetrahydrocannabinol (THC), finally identifying anandamide in 1992, which was promptly labelled the ‚Äėhuman THC.‚Äô

Essentially, the ECS is a network which functions with natural cannabis compounds called endocannabinoids. Homo sapiens have likely evolved to respond to similar phytocannabinoids from cannabis over thousands of years. This shows why cannabis is an all-encompassing natural remedy ‚Äď its compounds do not disrupt the body but nurture it.

In this article, we‚Äôll look at some of the physical and psychological variables controlled by the ECS and explain in detail why regulation of this system is key to good health and well being.

1) Get a Grip on Inflammation

The body needs inflammation as a method of naturally repairing wounds and eliminating infections, but immune system response is notorious for being volatile. Autoimmune diseases such as rheumatoid arthritis and irritable bowel syndrome (IBS) are caused by dysfunction in the immune system, while chronic inflammation is typified by swelling, redness and pain.

The immune system has always puzzled researchers, who have failed to identify causes for the vast majority of autoimmune diseases, but endocannabinoid science has offered a new perspective ‚Äď some studies show that inflammation is regulated by endocannabinoids, and there is a confirmed connection between immune system response and the CB2 receptor.

Immune system issues come in many forms ‚Äď acne is much different from IBS. Therefore, the best treatments vary, too. CBD creams are perfect for reducing inflammation to remedy acne and lower back pain, whereas for IBS and internal autoimmune diseases, a product that gets cannabinoids into the body, such as CBD vape oil and e-liquid, is necessary.

For those trying to lose weight or at least not gain it, regulation of the ECS is important, as this system is known to influence appetite. Cannabis demonstrates this in polarizing ways: when taking psychoactive tetrahydrocannabinol (THC), the most-dominant cannabinoid in recreational strains, appetite rises significantly. THC is a potent compound and an agonist of the appetite-regulating CB1 receptor. That‚Äôs why when people smoke recreational cannabis, they get the ‚Äúmunchies‚ÄĚ ‚Äď or simply hungry.

However, CBD reacts with the CB1 receptor very differently, suppressing the messages it sends. Another cannabinoid, called tetrahydrocannabivarin (THCV) has displayed some appetite-reducing properties. An unregulated ECS raises the possibility of increased hunger levels to the point that it causes weight gain, or a concerningly-low appetite.

The ECS‚Äô modulation of the sleep-wake cycle helps to prevent fatigue, and any physical and mental issues which may arise from that. Moreover, a regulated ECS will ensure a healthy sleep cycle, which is realized by spending more time in deep sleep. This phase of sleep is vital for neuroprotection, and also for regenerating muscles and body tissues.

Recommendations vary, but the consensus is that an adult should have between seven and nine hours sleep a night ‚Äď but how many of us really get that much? However, deep sleep is crucial for removing neurodegenerating proteins from the brain and stopping the build-up of beta-amyloid plaques.

Furthermore, fatigue causes several secondary effects. Being too tired during the day will likely reduce concentration and productivity, and feelings of unfulfillment can then lead to more damaging mental health issues, such as depression.

It goes without staying that being able to keep your emotions in check helps with all aspects of life. However, this is more difficult for some than others, perhaps due to our unique brain chemistry.

It is important for the brain to have the right levels of neurotransmitter anandamide, as this endocannabinoid exhibits antidepressant effects. But preventing sharp mood swings is also key, and this can be achieved by suppressing the binding affinity of the CB1 receptor, which CBD can do as a negative allosteric modulator.

CBD‚Äôs stimulation of GABA receptors also plays a role in keeping the mind calm, and free from unnecessary thoughts which emerge from an overexcited brain. CBD oils and edibles are great for balancing mood, but for more rapid effects, try vaping.

ECS science is new, but it may provide some answers for mysterious conditions that we haven‚Äôt found causes or cures for. And since the early 2000s, a theory has been developed that some illnesses are caused by ECS dysfunction, which could affect as much as 20 to 30 percent of the American population, according to Dr. Ethan Russo, who formulated and has since fleshed out the idea of Clinical Endocannabinoid Deficiency. Prominent, yet unusual conditions like fibromyalgia and migraines may eventually be explainable by this concept.

However, if a lack of endocannabinoids is causing these problems, then they could be surprisingly simple to solve, by making up the difference with cannabinoids, since these also interact with cannabinoid receptors. Try CBD gummy bears or vaporizing e-liquids to manage fibromyalgia.

Most pain medication focusses on the opioid system, however the ECS also has influence over pain perception, with endocannabinoid anandamide exhibiting some pain-reducing properties. Anandamide typically doesn‚Äôt stay in the body for very long, due to breakdown from the FAAH enzyme. However, CBD inhibits FAAH, preventing it from carrying out this task. The extra anandamide can then be used for therapeutic purposes.

Anandamide looks to ease pain by interacting with CB1 receptors in the peripheral nervous system. The vanilloid receptor, which is chemically similar to cannabinoid receptors, is also responsive to anandamide and regulates pain sensitivity.