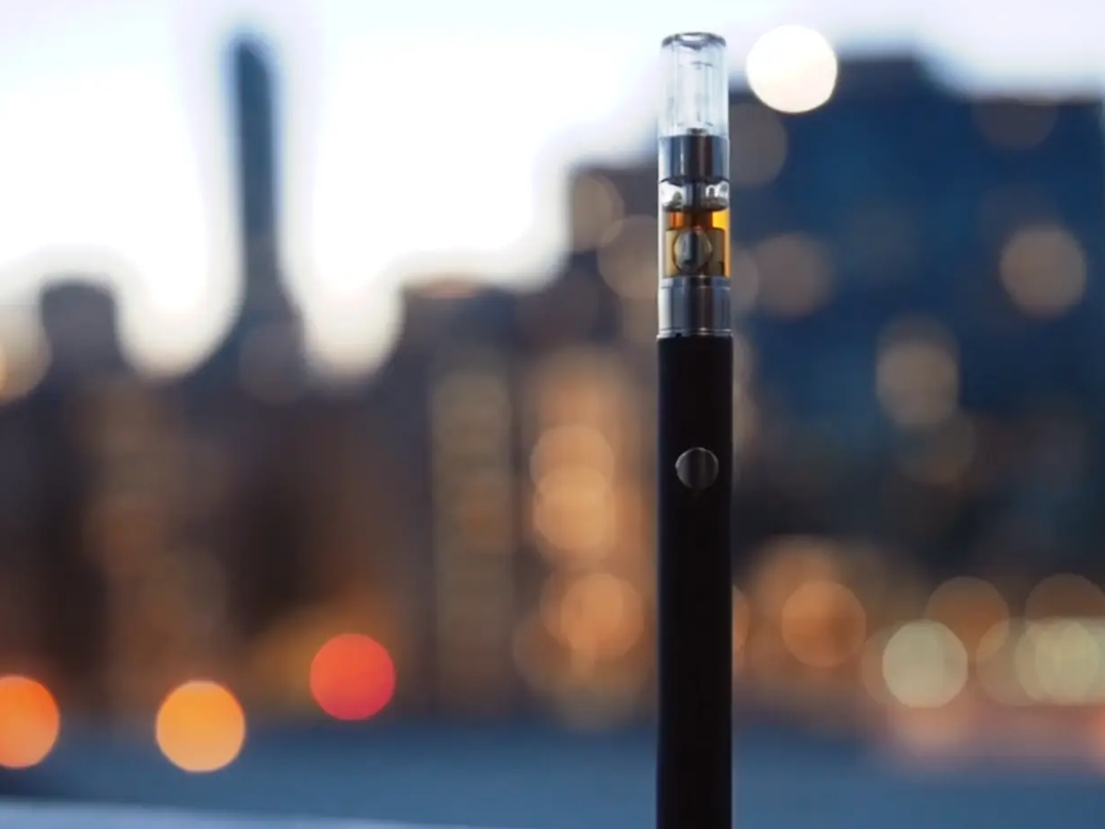 LA JOLLA â€” I’m pretty sure the first time I smoked hash oil was 2012, when my kid was in high school. He came home with a fancy glass water pipe, a butane torch and a flat, hard, sticky chunk of amber-colored material that kind of resembled sea glass.

He called it “dabs.” Others, I would learn, called it wax or extract. There were a bunch of different forms â€” shatter (as in broken glass), budda (like butter), honeycomb (like a bee hive), crumble (like crack). If it was really strong, you said it was dank or fire.

Though legally sold in California dispensaries, at the time, hash-oil manufacturing was illegal, and so was transporting it across state lines. “Arguably the extracts are legal when they fall from the sky,” a friend from the National Organization for the Reform of Marijuana Laws said. It wouldn’t be until 2014 that Colorado would be the first state to permit manufacture.

Smart kid that he is, my son and his best pal came to me with the request to occupy my office/smoking lounge (as previously arranged) and test the new product. Lord knows where they’d copped it. Because I live in Southern California and was kind of afraid he’d set the office and the whole canyon on fire with that scary torch-thing, I went along to check it out.

Like all drugs, there was a sensuous and detailed ritual. This one was pretty elaborate and required a lot of expensive accessories.

You heated up the bowl of the surgical-grade glass pipe with a butane blowtorch. Then you let it cool a bit. Then you stabbed a small chunk of the sticky wax with a miniature spear-like tool made of stainless steel â€” aka “the dab.” Finally, you swished the dab around the inside of the super-hot bowl. The solid material would instantly liquify and bubble, and then vaporize. The smoke was clean and white. It was beautiful, really, the swirl of white vapor moving through the glass pipe like a spirit. It tasted pollinated and resin-y. Surprising was the hint of citrus.

Unlike smoke from a cigarette or a joint, the vapor was so light you hardly perceived it filling your lungs.

Until you started hacking.

Dabs are a particular form of a product more widely known as hash oil, a modern version of hashish, the use of which dates back at least to the 3rd-century Middle East. Today, various grades of equipment â€” from illegal backyard butane stills to half-million-dollar C02 extractors â€” have replaced the labor-intensive patting, sifting, and compressing of marijuana flowers that go into the traditional method of creating hash.

When smoked â€” in pre-loaded cartridges, self-loaded cartridges, or dabs pipes â€” hash oil lacks the pungent odor of marijuana flower; marketeers like to use the word “discreet.” Many companies are also experimenting with adding natural flavor molecules, called terpenes. More important to today’s market, hash oil is easily adaptable for use in food and drink recipes, cosmetics, tinctures, etc. (CBD oil is created in the same way, most often using hemp, which will not get you high.)

Except for one thing. For years I’ve been searching for a clue to the whole issue of the cough that often accompanies hash-oil products. Why do some types make me hack and feel short of breath, while others don’t?

In theory, by eliminating actual carbon combustion, vaping or dabbing is supposed to be better for your lungs than smoking. But according to my extensive personal research, vaping hash oil makes you cough more than smoking marijuana flower. If you smoke a reasonably sized hit of flower, you will sometimes experience the need to cough. If you smoke a similar dab, you will almost definitely cough and experience some temporary shortness of breath.

Some experts I’ve read or consulted have opined that vape-coughing has to do with the temperature of the vape smoke. Others have said that the high concentration of THC is the culprit. Others blame impurities present in the hash oil due to the extraction process.

Generally, what the science tells us at this point is that, yes, many cannabis consumers will cough after a session, no matter if it’s smoking or vaping. Lung irritation â€” to a greater or lesser degree with use â€” is a possible side effect for some. But according to studies, it causes no long-term damage. Once you quit â€” or take a hiatus from smoking or vapingâ€” your long-term lung function should not be affected.

A landmark 2006 UCLA study conducted by Donald Tashkin, a pulmonologist who has studied marijuana for 30 years, found no connection between cannabis use and lung cancer, even with heavy use. “What we found instead was no association at all, and even a suggestion of some protective effect,” Tashkin has said.

Another interesting point of science: coughing does NOT make you higher.

Coughing is by definition a rapid expelling of air from the lungs. It’s the body’s way of clearing out particles like microbes, fluids, mucus, and other irritants . . . including smoke. If you cough after a hit, you’re cleansing yourself of the smoke or vapor you’ve just taken in, reducing greatly the concentration of THC that is reaching your alveoli, the little sacs in your lungs that absorb oxygen (and THC) and speeds the active ingredients into your bloodstream and toward your brain.

Coughing might make you feel high, but it is a different sort of high. When you cough, the brain is briefly deprived of oxygen, leading to a feeling of lightheadedness. Lack of oxygen can lead to the death of brain cells. So, you’re not really getting higher. Frequent users should be able to tell the difference between “high” and “lightheaded.” Basically, the latter makes you feel slow and stupid and out of it. Weed shouldn’t do that, unless it’s heavy indica. Most weed products, in fact, cause an initial feeling of clarity and energy when consumed via smoke or vape.

Complicating the issue of hash oil and health are a number of cases of acute lung disease seen in e-cigarette users across 25 states.

In mid-August, the Centers for Disease Control and Prevention launched an investigation after receiving more than 150 reports of serious respiratory distress among e-cigarette users, many of them kids and young adults. Within a couple of weeks, dozens more cases were reported, including three deaths, one of them an e-cigarette user in Illinois, which prompted the governor to push for banning flavored vape e-cigs. (Popcorn lung, also frequently discussed, is something different, usually associated with the nicotine additive diacetyl, a flavoring that gives microwave popcorn a buttery taste. There is no diacetyl in any popular brands of weed vape.)

Many believe, as was stated in a recent Los Angeles Times editorial, that the true culprit in the e-cig mystery is bootleg hash oil. “It may turn out that the outbreak of lung disease is caused by the unsanctioned use of cannabis or hash oil in altered or modified e-cigarette devices. Many of those interviewed by public health officials, according to reports, have acknowledged using altered electronic cigarettes or makeshift cartridges.

The CDC added: “If you do use e-cigarette products, you should not buy these products off the street.”

Which brings us back to our lungs.

According to the laws in all 44 states (and the District of Columbia) that allow some form of legal weed, all commercially available flower and hash oil must be tested before it can be sold. Stringent regulations outlaw impurities. Growers with contaminated weed find their product rejected by officials. But that doesn’t mean the contaminated weed doesn’t get into black-market hash oil, especially in prohibition states.

“When you start looking at these people with the acute lung damage, they’re buying vapes off the street basically, there’s no regulation at all,” says Cam Forni, the 33-year-old CEO of Cura Cannabis Solutions and founder of Select, the best-selling cannabis brand on the West Coast.

For answers, Forni consulted an ear, nose and throat doctor, who pointed out that combustion happens at somewhere between 750 degrees and 1200 degrees, which irritates the throat and lungs. Vaping happens between 400-700 degrees, lessening the irritation. Doing dabs, blowtorch-style, is obviously hotter than vaping.

The other culprit, Forni says, is most likely noxious chemicals or other impurities â€” for instance, some cheaper companies employ coated brass instead of stainless steel, another source of impurities. In the years since its founding, Select has pioneered what is now an industry-standard vape cartridge, with medical-grade stainless, free of silica fiberglass.

In the end, Forni says, the coughing mystery may be easy to solve.

My advice? If you live in a state that allows recreational weed, pay the extra 25 percent or so in taxes and buy only legally available, tested products. And if you don’t live in a legal-weed state, never buy black-market hash oil.

We’re trying to get a little high. Not dead.

Mike Sager is a bestselling author and award-winning reporter. His work has appeared in Esquire, Rolling Stone, GQ and the Washington Post. Many of his stories have been optioned for or have inspired films or documentaries. He has been called “the Beat poet of American journalism, that rare reporter who can make literature out of shabby reality.”

What Happens When Your Dream Weed Business Goes Up In Smoke?

Mike Sager On Weed: What I Learned From 50 Years Of Smoking Pot