Shocking results: Do CBD products contain what they claim? – WDJT 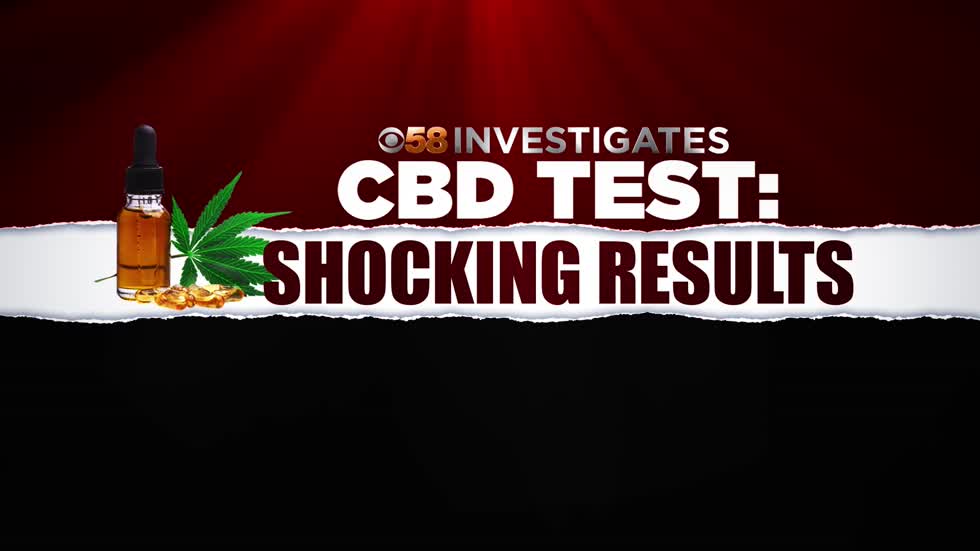 WISCONSIN (CBS 58) — CBD, a cannabis extract, is legal in Wisconsin but the products are largely unregulated so it‚Äôs difficult for consumers to know what they‚Äôre getting.

CBD doesn’t contain THC and won’t get you high and can be purchased at stores all across the state. It’s added to edibles, creams and oils, claiming to help with everything from arthritis to anxiety. However if you look closely most of the labels have a disclaimer: the products aren’t evaluated by the FDA. In fact, there’s very little oversight of CBD. Some products are tested by a third party lab but many are not.

‚ÄúRight now there’s no testing requirements, at all, for CBD products, said Leah Shaffer, the chief operating officer of Nascient, a cannabis testing lab licensed in the state of California,

Shaffer says that means there’s a lot of bad CBD on the market.

CBS 58 Investigates decided to put CBD to the test. We went to stores in Milwaukee and Waukesha Counties and bought 20 different CBD items including popcorn, gummies and oils. We packed them up and sent them to Nascient to be analyzed.

But just to make sure we were getting a complete picture we bought the products a second time and got them tested again at Wisconsin Hemp Scientific, a lab in Waukesha County.

The two labs got very similar results. Here is what CBS 58 Investigates found: when you buy CBD products you don’t really know what you’re going to get.

Out of the 20 products we tested, two products actually had more CBD than advertised. Only four products had between 75 and 100 percent of the CBD listed on the package and one had about 50 percent.

The most surprising results: eight products had less than 25 percent of the CBD it promised. Four of them didn’t have any CBD at all.

The results surprised CBS 58 Investigates but not the experts.

‚ÄúThat’s fairly consistent with what you’d see if you just pulled products off of the shelf,‚Äù Shaffer said.

Only three products got different results at the two labs: the popcorn and two gummies. Both labs tell CBS 58 Investigates that happens not only because the way labs test can vary, but also because edibles are hard to manufacture consistently, especially if the CBD is just sprinkled on top.

‚ÄúThat can also be difficult for the consumer to dose themselves appropriately because they don’t know what they’re getting each time they take a bite,‚Äù Shaffer said.

We also had two oils that had small amounts of CBD, but the label doesn’t say how much CBD should be in the product.

Once we had the results we decided to see what the manufacturers had to say.

There was no CBD detected in some sangria we bought. It was made by Michael McGee, owner of Hemp World Caf√©. He tells CBS 58 Investigates he added CBD that is third party tested to the drink.

‚ÄúAll our products are tested just like the drink you had,‚Äù McGee said. ‚ÄúI can show you. The isolate we use is 99 percent, third party tested out of Colorado.‚Äù

But when we asked McGee if he actually tested the sangria or any of the products he makes. He said no.

Still McGee and Maya Mays, the other co-owner of Hemp World Caf√©, stand by their sangria.

‚ÄúMy reaction to it [the lab results] is that, the only way I can see it is like sabotage,‚Äù Mays said.

‚ÄúWhen you say sabotage, who do you think is trying to sabotage you?‚Äù CBS 58 Investigates asked Mays.

We also reached out to Hemp Bombs and Platinum X CBD, both had products that labs say do not contain CBD. Neither got back to us.

The most accurate product we tested came from CBD Therapeutics of Wisconsin. The oil had 95 percent of the CBD it claimed.

‚ÄúI wasn’t all that surprised but it was refreshing to hear,‚Äù said Mike Landeck, a co-owner of the company.

‚ÄúYou want a lab report on the CBD itself, and then you want a batched result on the products that you’re looking at,‚Äù Cartwright said.

Cartwright says she’s disappointed that so many other products we tested didn’t contain much CBD at all.

But it comes back to the lack of oversight. Right now, anyone can make and sell products, claiming they’re infused with CBD.

‚ÄúThey’re able to do like, in house formulations and like I said right now with CBD there’s very little licensure required,‚Äù Shaffer said.

Shaffer and the owners of Wisconsin Hemp Scientific say that needs to change whether it’s the FDA that steps in or each individual state.

Cartwright agrees and is working with legislators on a new hemp bill, to tighten rules in Wisconsin

But not all manufacturers are on board. McGee said he does not want regulation.

With the market the way it is, it’s up to consumers to make sure what they’re buying is legitimate, otherwise they could waste a lot of money. CBD 58 Investigates bought a bottle of oil for $50 and one bag with just five gummies cost $20. Those were two of the products that lab reports show didn‚Äôt contain CBD.

Cartwright says when you go in to a store ask where the CBD comes from and make sure the seller is educated about the product and the dosing.

‚ÄúI think that people really don’t understand that it’s a buyer beware market, that they should do a lot of research before buying a product,‚Äù Cartwright said.

« I’m Just Mad About Saffron (& other kitchen spices that activate the endocannabinoid system) – Project CBD How effective is CBD when it comes to treating toothaches? – The GrowthOp »