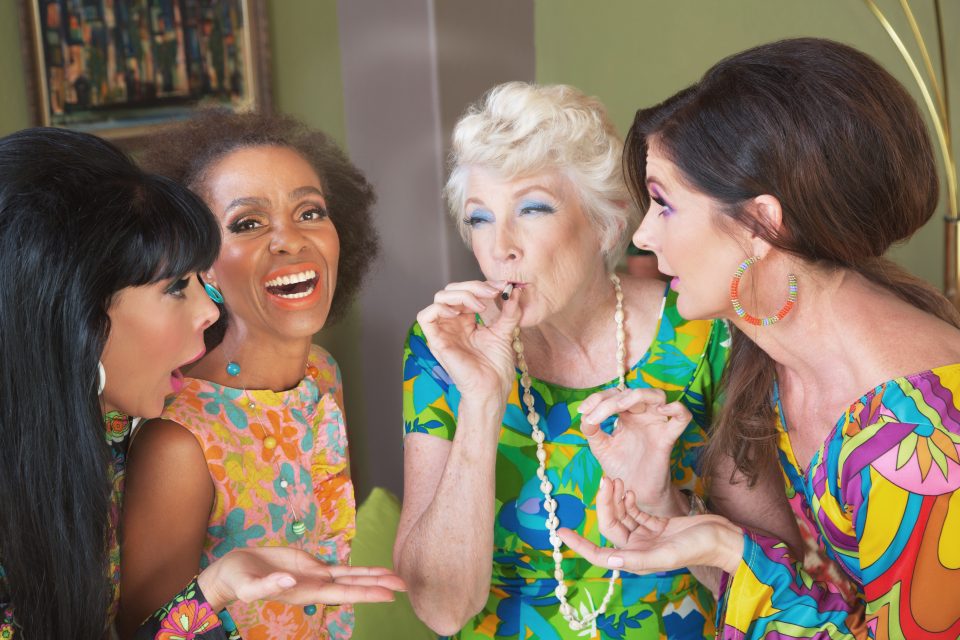 Public perception of cannabis in the United States are certainly changing, with a 2017 Gallup poll putting support for legalization at an eye-opening 64 percent â€“ thatâ€™s almost double the 34 percent who were in favor in 2002, and more than five times that supported legalization in 1969. The poll also showed that, for the first time, both Democrats and Republicans are pro-legalization, at 72 and 51 percent respectively.

Interestingly, cannabis is proving immensely popular with seniors, a demographic that wouldnâ€™t typically be associated with cannabis use. Digging down on the Gallup data reveals that support for the end of cannabis prohibition has risen from 4 percent to 35 percent among seniors since 1969.

While itâ€™s true that todayâ€™s elderly may be somewhat familiar with cannabis given its proliferation in the 1960s, the decades of negative stories about cannabis in the media â€“ such as the purported adverse effect it has on mental health â€“ have damaged the plantâ€™s reputation with this demographic.

But while recreational usage may still be a step too far for many seniors, the wide-ranging medical benefits of cannabis, many of which are especially useful for them, are too much to ignore.

For instance, the anti-inflammatory effects of the herb and various cannabinoids are helpful for osteoarthritis, rheumatoid arthritis, irritable bowel syndrome (IBS) and more. Cannabidiol (CBD) is a cannabinoid which has been proven to have neuroprotective properties in pigs and may slow the progression of neurodegenerative diseases. Cannabis and CBD products also help to improve sleep.

These are all areas where seniors, in particular, can benefit from measured cannabis consumption. Unlike decades ago, when understanding of the plant was limited and less was known about how to harness it medicinally, we now have several studies demonstrating how cannabis works in the body. There has also been a sharp increase in intake methods, with e-liquids, sublingual tincture oils, creams and more hitting the shelves, more so perhaps in the non-psychoactive, CBD-only market.

According to Orbis Research, the global anti-aging market was estimated to be worth $250 billion in 2016, with that figure set to rise by more than 30 percent to $331.4 billion by 2021. With cannabis showing some intriguing anti-aging effects through the antioxidant properties of multiple cannabinoids, there appears to be huge potential for cannabis to grow in this area. The antioxidant effects of cannabis work to neutralize free radicals, which cause aging. Using a cannabis-infused cream often may help to reduce wrinkling and keep the skin looking vibrant.

Topical products are ideal for seniors, as they can help to protect the condition of the skin, and also to reduce the inflammatory pain caused by arthritis, by regulating the immune system response through the endocannabinoid system â€“ cannabinoid receptors are expressed in the skin, hence why cannabis can have a medicinal effect when applied topically.

As cannabis changes and more and more products become available, the industry appears well set for further growth. CBD creams, CBD e-liquids, CBD capsules and more are all complementing the recreational market and presenting consumers with a novel way of using cannabis without having to experience a high.

Attitudes toward cannabis have become more favorable in the past decade, and New Frontier Data estimates the CBD market to be worth almost $2 billion by 2022, a figure that combines the hemp-derived, cannabis-derived and pharmaceutical CBD market.