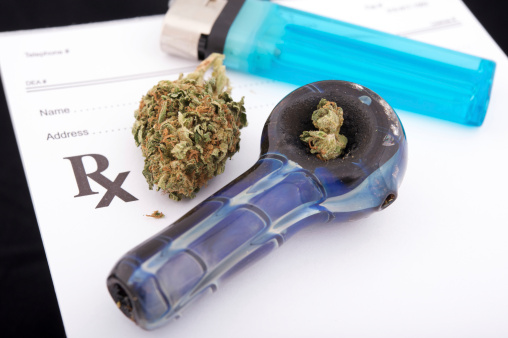 (Editor‚Äôs note: We have published this article from The Philadelphia Inquirer via Tribune News Service to give you an example of propaganda. See our notes at the end where we refute the claims made by reporter Ian Haydon in this story. ‚ÄìBL)

Despite limited evidence, Americans have an increasingly positive view of the health benefits of marijuana. Nearly two-thirds believe pot can reduce pain, while close to half say it improves symptoms of anxiety, depression, epilepsy, and multiple sclerosis, according to a new online survey of 9,003 adults.

Pennsylvania and New Jersey are among the 30 states, along with the District of Columbia, Guam, and Puerto Rico, that have legalized medical marijuana. But scientists say hard data on the health effects of pot ‚Äî positive and negative ‚Äî are largely missing. Because marijuana is considered an illicit drug by the federal government, research has been scant, though there are efforts underway in Pennsylvania and nationally to remedy that.

‚ÄúI am not surprised at all (by the survey). At the same time, I‚Äôm a little bit disturbed,‚Äù said Antoine Douaihy, senior academic director of addiction medicine services at the University of Pittsburgh Medical Center. He was not involved in the study.

Douaihy, who helped legislators craft Pennsylvania‚Äôs medical marijuana bill, believes ‚Äúorganizations are not educating the public well‚Äù when it comes to what is known about the benefits and risks of smoking, vaping, and eating marijuana.

‚ÄúWe don‚Äôt have enough studies that demonstrate the benefits of medical cannabis,‚Äù he said. ‚ÄúAnd the perceptions about the risks related to cannabis are going down, particularly among adolescents.‚Äù

In the survey, a majority of Americans ‚Äî 65.7 percent ‚Äî said that marijuana can help with pain management. ‚ÄúThere is some evidence which is moving in that direction, but we need more studies,‚Äù said Douaihy. Among the 14.1 percent of respondents who reported using marijuana in the past year, 87.6 percent identified pain management as a benefit.

Other purported benefits included the treatment of diseases such as epilepsy and multiple sclerosis; relief from stress, anxiety, or depression; and improved sleep and appetite. Close to a quarter of all respondents ‚Äî 23.3 percent ‚Äî also believe using marijuana can make it easier to get off other medications.

‚ÄúUnfortunately we don‚Äôt know much about that at all,‚Äù said Douaihy. Apart from the lack of evidence for disease treatment, few studies have examined the interactions between cannabis and other prescription drugs. Patients with chronic health problems often take many medications. Adding marijuana to that list worries Douaihy, whose research has largely focused on treating patients with complex conditions such as addiction coupled with psychiatric disorders.

The survey, published this week in the Annals of Internal Medicine, was conducted by researchers at the University of California campuses at San Francisco and Davis, the Northern California Institute for Research and Education (a nonprofit veterans health research institute); and Columbia University.

In addition to unsupported beliefs about marijuana‚Äôs benefits, the survey also found that more than one in five marijuana users believe pot has no risks at all.

Although the risk of developing dependence on marijuana is lower than with opioids, for instance, ‚Äúwe have clear evidence that (marijuana) is addictive,‚Äù said Douaihy, though half of all respondents denied the link. Among marijuana users, only 20.8 percent recognized the potential for addiction. ‚ÄúOne out of six adolescents who smoke cannabis gets addicted to it, and one out of 10 adults can get addicted and have serious consequences,‚Äù such as withdrawal, Douaihy said.

Among all respondents, 18 percent said that exposing adults to secondhand marijuana smoke is somewhat or completely safe. For marijuana users under 35, roughly 26 percent agreed. That‚Äôs despite the fact that inhaling any form of particulate matter damages cardiovascular health, the authors noted.

Why is public perception at odds with medical research? The survey authors cite aggressive cannabis marketing, ‚Äúslanted‚Äù media coverage, and the ongoing trend toward legalization, including for recreational use.

‚ÄúIt‚Äôs concerning,‚Äù said Salomeh Keyhani, lead study author and professor of medicine at University of California, San Francisco. ‚ÄúCommercialization has been accompanied by marketing. The internet is inundated with articles that include inaccurate information that describe marijuana as not only safe but potentially beneficial for a wide variety of conditions,‚Äù she said by e-mail.

Keyhani said there is evidence that purified cannabinoids have some effect in the treatment of neuropathic pain, as well as nausea and vomiting associated with chemotherapy. Cannabinoids may also improve pain and spasticity associated with multiple sclerosis, she noted.

But she cautioned that ‚Äúthe idea that smoking marijuana prevents health problems has no evidence to support it. Smoking any substance is hazardous to health as inhalation of particulate matter is harmful.‚Äù

Douaihy said the medical community ‚Äúwants to be open-minded. But at the same time, I‚Äôm not going to undermine the risks related to the use of cannabis.‚Äù

Keyhani, who received funding for the survey from the National Institutes of Health and the Northern California Institute for Research and Education, believes a ‚Äúcoherent federal policy‚Äù is needed for researchers to make progress, as well as more investment in research and public health education.

Government doublespeak on the health benefits of marijuana knows no bounds.

The National Cancer Institute, an agency of the federal government, now lists on its¬Ýwebsite¬Ýrecent studies showing marijuana kills cancer cells. Meanwhile, the Drug Enforcement Agency continues to oppose any and all efforts to remove cannabis from Schedule I of the Controlled Substances Act, claiming it has ‚Äúno currently accepted medical use.‚Äù

According to NCI, preclinical studies of cannabinoids have shown:

The federal government has argued and continues to argue that marijuana is a dangerous drug with no medicinal value even while it patents marijuana extracts for health-related uses and as it was posed to grant a license to GW Pharmaceuticals for treating patients with multiple sclerosis with a cannabinoid-based drug called Epidiolex.

The NCI website claims, ‚ÄúNo clinical trials of¬ÝCannabis¬Ýas a treatment for cancer in humans have been found in the¬ÝCAM on PubMed¬Ýdatabase maintained by the¬ÝNational Institutes of Health.‚Äù Yet, PubMed, aka the National Institutes of Health, aka another government agency,¬Ýlists a number of studies¬Ýthat have been conducted. Also, the Schedule I listing severely limits or prohibits¬Ýthe ability of most research organizations to hold clinical trails.

The truth is, marijuana and its uses have been studied far more than most drugs the FDA approves for use on the general public ‚Äì drugs that cure nothing but merely cover symptoms and generate billions of dollars for Big Pharma.

The federal government ‚Äì and most local governments ‚Äî is far more interested in using marijuana as a revenue stream in its fake ‚ÄúWar on Drugs‚Äù than in allowing medical marijuana in its many forms to improve the lives of people with health problems.

All the ‚ÄúWar on Drugs‚Äù has accomplished is to create suffering and death, a large prison population, a host of people with criminal records for victimless crimes, a more militarized police regime and great loss of liberty. ‚ÄìBL

« A Canadian cannabis educator on the importance of getting women into the industry Investor Ideas #Potcasts; #Cannabis News and Stocks on the Move; TSX: $APH.TO, TSXV: $EMC.V, TSXV: $LVWL.V … »