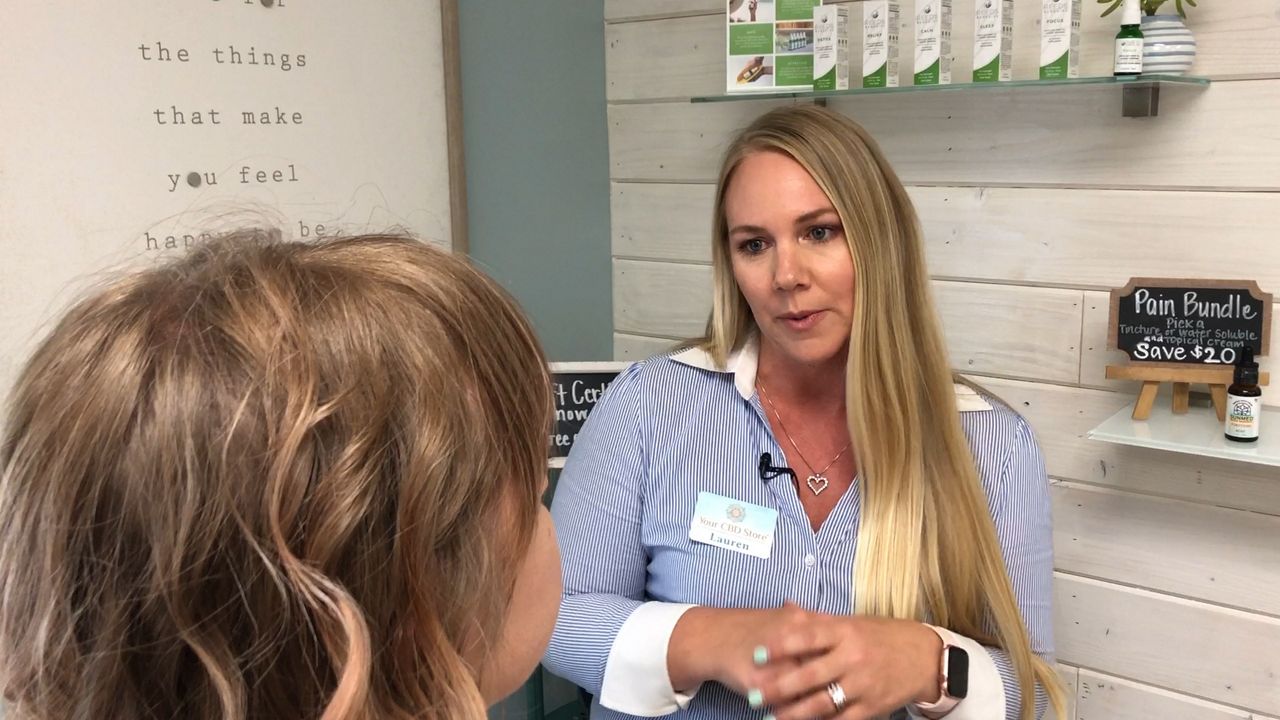 THOUSAND OAKS, Calif. ‚Äď Cannabidiol, more commonly known as ‘CBD,’ is the second most prevalent of the active ingredients found in cannabis. While CBD is an essential component of medical marijuana, by itself it does not cause a ‚Äúhigh.‚ÄĚ

So it has become a popular ingredient in products that people use for physical aches and pain caused by conditions like arthritis. But now many people are also turning to it for emotional pain.

The feeling of calm serenity at Lauren Lerch‚Äôs CBD store in Thousand Oaks is the complete opposite of the feeling she had two years ago. After surviving the Route 91 concert mass shooting in Las Vegas where 58 people were killed.¬†

‚ÄúAfter Vegas, when I came home, I knew I was experiencing a lot of PTSD because everything that was normal before was just different. Hearing motorcycles backfire would put me on the ground and a panic attack,‚ÄĚ said Lerch.

Surviving a mass shooting changed her whole way of living and she ended up suffering major PTSD issues like anxiety and depression.

‚ÄúI was so tired of going through panic attacks and anxiety attacks and I was just so depressed, just living every day seemed to be exhausting,‚ÄĚ she said.

After Lerch experienced severe side effects from some other pharmaceutical she had been prescribed by her doctor, a friend introduced her to CBD. She started using CBD products in a desperate attempt to feel normal again.¬†

Lerch was so surprised from the amount of improvement she experienced that she decided to open up a franchise location of a Your CBD Store in Thousand Oaks to help other people.

‚ÄúI started to notice that what would typically bother me wasn’t bothering me anymore,” she said. “And that’s when I decided that I really wanted to share what CBD oil can do for other people.‚ÄĚ

Less than two months after she opened her store, the Borderline Bar shooting happened in Thousand Oaks. The bar was a place that Lerch had been to hundreds of times while growing up in this community.¬† Two of her employees were former customers who said CBD changed their lives.¬†

‚ÄúWhen you go through a traumatic event, especially like a mass shooting, a lot of the times that takes months in order to really kind of see that clarity of how much you may have been affected,‚ÄĚ said Lerch.

The majority of CBD products have not been subject to FDA evaluation regarding whether they’re safe and effective to treat a particular disease or ailment. So they’re effectively not FDA approved.

But Lerch and hundreds of her customers say the change in their emotional well being from CBD is all the approval they need.

‚ÄúThat definitely is one of our favorite parts of being here is really hearing personal testimonies,‚ÄĚ said Lerch.

With her experience from the Las Vegas shooting and the Borderline Bar shooting, Lerch‚Äôs store has become a bit of a sanctuary for people dealing with PTSD.

After the July mass shooting at the Garlic Festival in Gilroy, California, her store was a place where many people came together to just find solace and support.

In early August, she opened another location in Santa Clarita. And whether it’s mind over body or just the powers of belief, Lerch says she will continue to believe in the healing powers of CBD.

« CBD in Latin America: Which countries will embrace it? – FoodNavigator-Latam DDRA prepares for final Foster Fest of 2019 – WTVY, Dothan »