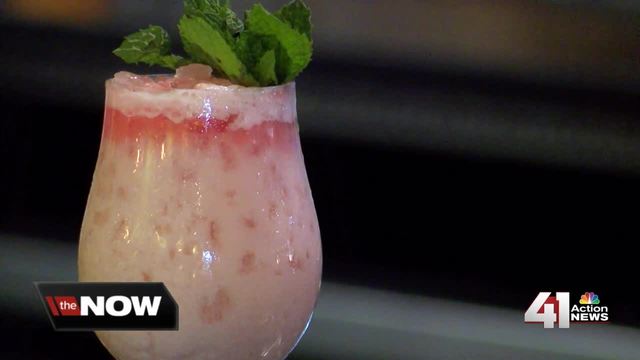 KANSAS CITY, Mo. â€” For weeks, a Plaza restaurant has been working on perfecting its latest concoction, but before serving it up, Hogshead Kansas City was stopped.Â

It consists of coconut cream, lime, pineapple juice, and a few other ingredients including CBD oil. It’s a twist on a piĂ±a colada the Hogshead KC is calling the CBDiki. It would have been the first ever cocktail infused with CBD oil.

“We’re constantly trying to be innovative and push the envelope a little bit and this is just part of that,” said Clark Grant, Executive Chef, Hogshead Kansas City.Â

Hogshead Kansas City planned to launch the new menu item last week. That’s before Regulated Industries contacted them in regards to its legality.Â

“We were called before we ever opened the doors for business that dayÂ and told not to serve it so we put it on hold while we worked with Regulated Industries and the Attorney General’s Office to figure out the legalities of this since it is such a gray area,” said Grant.Â

CBD oil is a product that is derived from the hemp plant.Â

Banks owns three Organic Hemp Botanicals stores in the metro. He said he’d like to see the restaurant move forward with their cocktail.Â

“Yes, I do see there’s a benefit to be able to put it into food, and salad dressings and drinks and different things that people can serve to customers that come in because some people just don’t want to either take an oil or a capsule or any of those things,” said Banks.Â

In Missouri, CBD is legal but can only be prescribed for epilepsy. Hogshead Kansas City was told that according to state law, they could not serve the CBD infused alcoholic drink, though the CBD contained no THC.Â

“Because it’s a controlled substance, we cannot adulterate alcohol with it, that’s based on a law that’s I believe is from right after prohibition to make sure that people aren’t adding things to alcohol,” said Grant.Â

Now, the restaurant is working on clarifying the law.Â

“I along with most of the general public was kind of misled by the state of Missouri that CBD was legal,” said Grant.Â

Hogshead Kansas City hopes to serve up their first CBDikiÂ sometime in the near future.Â