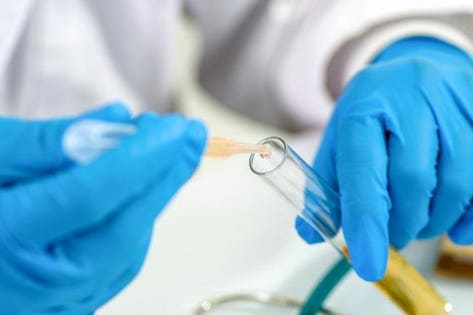 A legitimate state medical-marijuana business can effectively pay more than twice the taxes of a business in any other industry.Â Credit: Shutterstock

Recently, a father told me about his young sonâ€™s grim diagnosis: His 5-year-old boy had cancer. These are the words no parent ever wants to hear. The boyâ€™s chances of survival were good, but doctors were concerned about his developing bodyâ€™s ability to combat the rigors of radiation and chemotherapy. Given the boyâ€™s prognosis, the doctors strongly suggested an alternative treatment: medical marijuana. A combination of cannabidiol (CBD) and delta-9 tetrahydrocannabinol (THC) would ease his pain, restore his appetite and help him get the rest he would need to endure the treatment.

The father anxiously tried to source the medical cannabis tincture his son needed at a reasonable price, but he struggled to find an affordable solution. He came to learn that because cannabis is listed as a federally illicit, Schedule 1 drug, legitimate cannabis businesses face financial pressures that make affordable pricing extremely difficult. The primary challenge is that legal cannabis operators are treated differently by the IRS than every other U.S. business. Section 280E of the U.S. tax code states that firms selling any federally illegal products cannot take normal corporate income tax deductions. The tax code leaves patients unable to afford doctor-prescribed medications because of the expensive out-of-pocket payments, which arenâ€™t covered by insurance.

In other words, a legitimate state medical-marijuana business can effectively pay more than twice the taxes of a business in any other industry. These higher taxes result in medical-marijuana prices being much higher than they should be for patients who vitally need these treatments to help with conditions such as cancer and post-traumatic stress disorder. The combination of higher drug prices and no insurance coverage leads patients to the black market and to life-threatening medications, like opioids.

Those of us in the industry are optimistic about a critically needed change: Senior staffers and lawmakers on Capitol Hill have expressed interest in repealing 280E for medical-marijuana businesses. However, they are not yet prepared to do the same for adult-use, or â€śrecreational,â€ť cannabis. Lobbyists representing that side of the industry continue to push for any tax repeal to include recreational-cannabis businesses. I believe the best path forward is one that puts the medical patient first, with industry lobbying efforts focused squarely on tax reform for medical-marijuana businesses in medicinal-use-only states. Leave the fight for adult-use businesses to a later date. Weâ€™ve already seen at the state level that lawmakers will approve medical marijuana first and adult-use second.

A study from the analytics firm New Frontier Data forecasts that if marijuana were legalized nationally, it would yield $105.6 billion in tax revenue and create 654,000 jobs over the next eight years, benefiting the economy immensely. Before we can all reach that goal, itâ€™s on Congress to make the pivotal first step toward repealing section 280E and with it enable legal cannabis businesses to offer medical marijuana at reasonable prices to millions of patients in need across the nation.