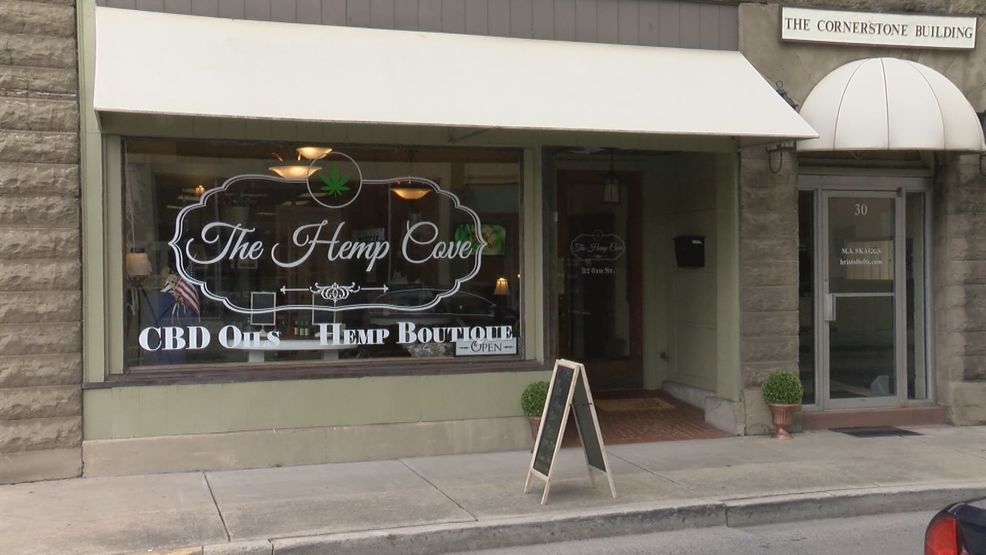 A new business in downtown Bristol, Tennessee is seizing an opportunity to sell hemp products, including CBD Oil made from hemp.

In 2014, production of industrial hemp for a pilot program or academic research became legal in the state thanks to the farm bill.

News 5’s Jessica Griffith found these products are different from the medical marijuana products that will soon be produced in Virginia.

Next month, Virginia is expected to announce five licenses for companies to produce and distribute CBD Oil from Mariijuana for medical purposes.

One license will be awarded to Southwest Virginia, with Dharma Pharmaceuticals hoping to re-purpose the Bristol Mall for an operation and Organa Brands competing for the license in Lebanon.

There are eight other applications pending pending for Southwest Virginia as well.

But across the state line in Bristol, Tennessee, The Hemp Cove is already selling over the counter CBD oil made from hemp, a different product.

“It’s quite a bit different in Virginia the way they have seem to embrace pharmaceutical,” Co-Owner Trevor Leonard said.

In just a few weeks, they say they’ve already had huge success.

“The earliest reaction that you get is anxiety and stress release. It also targets inflammation, joint pain. So people who have arthritis or suffer from acute arthritis they are finding relief,” Vicki said. “It will not get you high. You will pass a drug test. It has all the benefits in the CBS not the THC.”

One customer tried the oil for his arthritis and said he finally was able to do a basic task himself because of it.

“Something as simple as having the independence of putting your socks and shoes on and this man was elated he had enough mobility and movement and flexibility to put his socks on by himself,” she said.