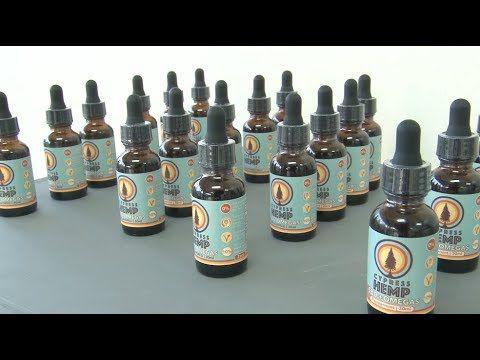 The shop’s owner, Dylan Poiencot, says that he aims to break the stigma surrounding the marijuana-related plant. While CBD oil has been available to the public for a few years, it is normally sold in head shops, which Poiencot believes is damaging to the product’s reputation. Aurora 225 is advertised as a “boutique,” with a clean, upscale atmosphere that attempts to distance CBD from its less-than-legal cousin.

“The difference between hemp and marijuana is that hemp has 0.3 percent and below THC,” explained Kristy Hebert, an Aurora 225 vendor who produces much of the merchandise sold in the shop. CBD oil can be obtained from marijuana plants, but when hemp is used, the final product does not contain THC. In other words, it can’t get you high.

CBD oil has been described as a “miracle” remedy for many ailments, including insomnia, anxiety, and even autism. Its most promising use, however, is in the treatment of seizures. In June of this year, the FDA approved two brands of CBD oil to be prescribed for epilepsy patients. Many seizure-prone individuals, including parents of children with epilepsy, already swear by its use as an alternative to their previous medication.Â

« A cannabis store is coming to Columbia. But it’s probably not selling what you think. The pluses and minuses of allowing medical marijuana at school »