Myriad health claims suggest cannabis is a panacea for what ails us. But is it? 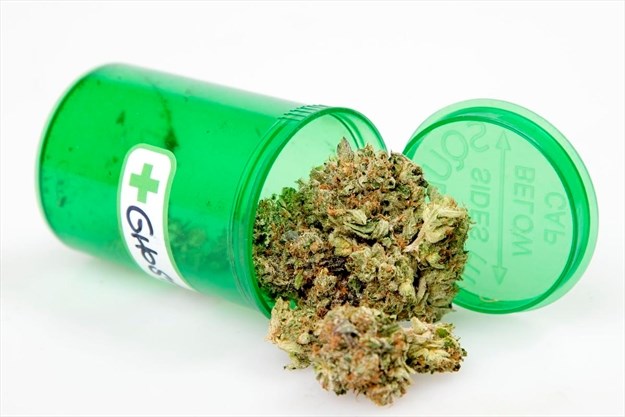 However, studies have shown cannabis may be effective in easing chronic neuropathic pain, the burning/stabbing discomfort caused by nerve damage, such as that experienced by some diabetics.

“There hasn’t been a lot of work on chronic inflammatory pain, chronic migraines, fibromyalgia and so on,” says Ware, who recently went on temporary leave from McGill to become chief medical officer at Canopy Growth Corp., an Ontario-based licensed cannabis producer.

“It doesn’t mean that they don’t work for some of the conditions, it’s just simply that we haven’t looked yet.”

Arthritis, both rheumatoid and osteo, is one disease where cannabis is creating a lot of buzz, in large part because a growing number of patients swear by it for easing stiff, swollen and painful joints.

“We know there’s a lot of anecdotal evidence coming from patients who use medical cannabis to help manage symptoms of their arthritis, but of course we have to put some sort of scientific beef behind that,” said researcher Jason McDougall, a professor of pharmacology and anesthesia at Dalhousie University in Halifax.

Still, preclinical trials in animal models of arthritis are sparking hopes that cannabis may prove effective in humans, so much so that the Canadian Arthritis Society is funding research into cannabinoids.

“They have this whole slew of different beneficial properties that we’re finding in the lab,” says McDougall, who has an Arthritis Society grant to investigate the effects of injecting cannabinoids directly into arthritic joints using animal models.

“We know they’re good for pain relief, they help with fatigue and we’re finding that they can help repair the nerves in the joint, which become damaged in arthritis, and that they can be anti-inflammatory as well.”

Dr. Danial Schecter, co-founder of the Canabo Medical Clinic, says about 70 per cent of the patients referred to him are seeking relief for chronic pain. But he also has patients whose major complaint is some form of anxiety.

“The area where we have most difficulty is in mental health conditions,” says Schecter, who practises in Toronto and Barrie. “Probably where there’s the biggest disconnect is in the evidence in the use of cannabis for mental health disorders … and the health claims that are made on the internet.”

He doesn’t recommend medicinal cannabis for general anxiety disorders except in specific cases.

One backed by a growing body of research is post-traumatic stress disorder, or PTSD, a condition marked by flashbacks, nightmares and intrusive thoughts related to a life-threatening experience such as combat.

“THC injected has been shown to be beneficial to reduce nightmares, allow these people to get a better night’s sleep, so that the next day they have more resilience and they can consolidate new ways of thinking in a much better way.”

Where cannabis â€” specifically CBD oil â€” is also showing promise is in the treatment of children with Dravet syndrome, a severe form of epilepsy that often doesn’t respond to standard anticonvulsant drugs.

A small number of studies have shown that CBD oil can reduce or virtually eliminate seizures in some kids with Dravet’s, and in June the U.S. FDA approved Epidiolex, the first cannabidiol-based medication for treating Dravet’s and Lennox-Gastaut syndrome, another rare pediatric epilepsy.

Excitement over cannabis as a potential neurotherapeutic has prompted some parents to use CBD oil to treat their children with autism spectrum disorder (ASD), despite a dearth of scientific support for any benefit and in the face of concerns over detrimental effects on the developing brain.

Chris Lawrence of Aurora says before he tried cannabis, he spent thousands of dollars on so-called therapies for his autistic son Logan, but none helped his symptoms.

The six-year-old is non-verbal, suffers from hyperactivity and engages in “stimming” â€” including rapid flapping of his hands for sometimes hours on end â€” and self-harm from slamming his head or heels against hard objects. Stimming is short for self-stimulatory behaviour, a common symptom of ASD.

Logan would also have three to five Level 5 meltdowns a day, hitting himself, screaming and throwing things, “crying so hard he would pass out,” says Lawrence. “And there was no consoling him.”

Desperate for something to help his son, Lawrence turned to oral doses of CBD oil after researching its purported benefits online, most of that through anecdotal reports from other parents of children with autism.

“The very first day we gave Logan CBD, he didn’t have a single meltdown and he has not had a Level 5 since,” says his father, explaining that he and his wife assigned that number to his worst tantrums.

Since starting CBD oil in October 2017, “his temper was shot right down. His stimming was cut in half, his eye contact went up 10-fold. He started sleeping through the night.”

Yet Lawrence is quick to point out “it’s not a cure, it really isn’t, but it alleviates some of the major symptoms.”

So is cannabis the panacea so many people seem to believe?

The consensus, at least from the scientific community, is that much more rigorous, high-quality research is needed to answer questions about marijuana’s legitimate therapeutic uses and â€” critically â€” its potential harms.

“That’s part of the reason for my move to industry,” says Ware, who is co-ordinating clinical research at Canopy Growth with the aim of developing cannabis-based medicines.

“I’m tired of hearing that there’s not enough evidence. I want to help make that evidence happen,” he says, adding that much of the push to investigate cannabis medicinally has arisen because of the breadth of anecdotal reports about its apparent benefits.

“This is really a patient-driven phenomenon and will continue to be. So if we’re listening, if we’re paying attention, we will be handed the research questions by the very patients we hope to treat.”