My Turn: Just how medical is marijuana? 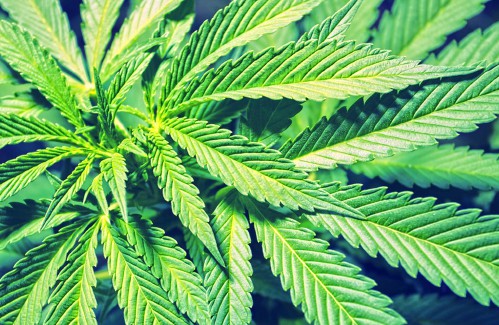 The will of the people should always prevail in a free society. In our nation, cannabis is riding a wave of public acceptance and pseudoscientific endorsement. Medical marijuana is now a thing for almost any ailment. Medications have their origins in botanicals, and there are certainly benefits to using cannabis for medically dangerous weight loss in HIV or patients receiving cancer treatments. There is anecdotal evidence of cannabis being used for intractable seizures and lowering intraocular pressure in glaucoma.

Naturally occurring cannabinoid receptors exist throughout the body, which have been associated with lessening suffering from chronic pain, though the use of the term cannabinoid receptor is misunderstood as the body having natural receptors for botanical cannabis. This naming convention is due the original research which characterized the structure of tetrahydrocannabinol(THC) and cannabidiol(CBD), two of the many cannabinoids found in botanical marijuana. The naming convention would suggest that humans evolved to consume cannabis, were it not for research years later which discovered a naturally occurring substance in the human body called anandamide which could bind to the cannabinoid receptor system throughout the human body.

So whatâ€™s there not to love in marijuana?

The greater body of psychiatric investigational literature suggests that chronically consumed cannabis is detrimental to mental health. I posit that marijuana should not be subject to any less academic rigor through structured double-blind placebo-controlled studies than any other pharmaceutical seeking endorsement by government regulatory bodies, such as the FDA who is mandated with protecting the public interest against unscrupulous charlatanism and predatory pharmaceutical marketing. Consider that the decriminalization of recreational marijuana and the legalization of medical marijuana in most states was not the result of valid academic research nor the clamor of the medical professional organizations such as the American Medical Association or the American Psychiatric Association (APA).

On the contrary, marijuana got a free pass from academic rigor through grass roots organizations bringing the desire of the public to have unimpeded access to cannabis to fruition on ballot initiatives. I cannot think of any medication as unrefined as botanical marijuana which would be approved as medication by the FDA.

Physicians who recommend it suggest there is a cocktail effect of all the components. Generally, the FDA approves medications which are pure. Alcoholic beverages (ethanol) are legal, but their manufacture is subject to oversight so that consumed alcohol does not also contain distillation impurities like methanol, acetone and aldehydes as is often found in cheap moonshine. When reading menus from marijuana dispensaries, the offerings read like oenophilic varietals, which differ in content of the THC and CBD, though the other components are never mentioned.

The content, strength and biological kinetics of each of these varietals have not been measured and put through scientific rigor. Varietals have names like lemon diesel, facewreck, Jack Frost, cookies and cream, granddaddy purple and 24K. In addition to smoking cannabis, other formulations include edibles, infused tinctures, lotions, suppositories and â€śshatterâ€ť (a highly concentrated crystalline extract) for smoking. The evolution of the marketing is no less cynical than was Joe Camel for Camel cigarettes in the 1990s.

Pharmaceutical grade dronabinol, a synthetically manufactured THC is approved by the FDA as an antiemetic for wasting syndromes associated with cancer treatment and HIV, but it is not in high demand. I begrudge no one seeking some controlled inebriation in the midst of severe medical illness and suffering, but most of those who seek medical marijuana do not have wasting syndromes.

People are getting â€śgreen cardsâ€ť for medical marijuana for any ailment they choose. Getting a green card simply means that a physician has to assign a putative target illness to justify the use of â€śmedical marijuana.â€ť Unfortunately, much of the public equates medical lore with medical fact. The euphoria that results from cannabis is not treatment for depression or anxiety any more than alcohol would be. Do we prescribe beer three times daily to treat social anxiety, though many would consider alcohol a social lubricant for socially stressful situations?

Cannabis use disorder is not the same thing as occasional recreational cannabis use, in the same way that occasional wine with dinner is not an alcohol use disorder. The 2012-2013 National Epidemiologic Survey on Alcohol and Related Conditions-III (NESARC) was a survey of 36,309 adults over the age of 18 which reported 12-month and lifetime prevalences of cannabis use disorder of 2.5 percent and 6.3 percent, respectively. Another large epidemiologic 2016 study of 14,754 adults, conducted by Yale University School of Medicine, reported a genetic association between cannabis use and the onset of depression and schizophrenia (JAMA Psychiatry. 2016; 73(5):474-480). Some individuals are more prone to psychiatric problems from cannabis than are others, but overall, all psychiatric illnesses, including anxiety and depression, are exacerbated by cannabis. Increasingly, first psychotic episodes are fueled by high potency cannabis. There are multiple research studies that echo these findings. The APA recommends prevention and education to the public regarding the long term effects of cannabis use.

A review of the literature on adverse health effects of marijuana use published in the New England Journal of Medicine in 2014 and authored by Nora Volkow, M.D., of the National Institute on Drug Abuse, underscored the very real health risks that are not dissimilar from smoking tobacco when smoked. This review listed altered brain development, cognitive impairment (lowered IQ), chronic bronchitis, increased risk of psychosis, and poor educational outcome with diminished life satisfaction and achievement as likely outcomes to chronic cannabis use. It was also clear to investigators that there is an inverse relationship between perceived risk and use of cannabis, so that as the burgeoning cannabis industry takes a page from the Philip Morris playbook of the 1960s, any detractors to the medical destigmatization of marijuana will be seen as uninformed luddites.

Increasingly, no one seems to believe that chronic marijuana use causes psychiatric and cognitive disorders. While we should support the decriminalization of cannabis use, we as a society should acknowledge that for most people who use marijuana, it is not medical, and its use should be seen with greater concern than chronic alcohol or tobacco use. The media shares some of the responsibility for not reporting objectively on the ramifications of the increasing use and acceptance of marijuana, medical or not. Chronic marijuana use is far from innocuous, so perhaps it is time for the Surgeon General to put a warning on cannabis products.