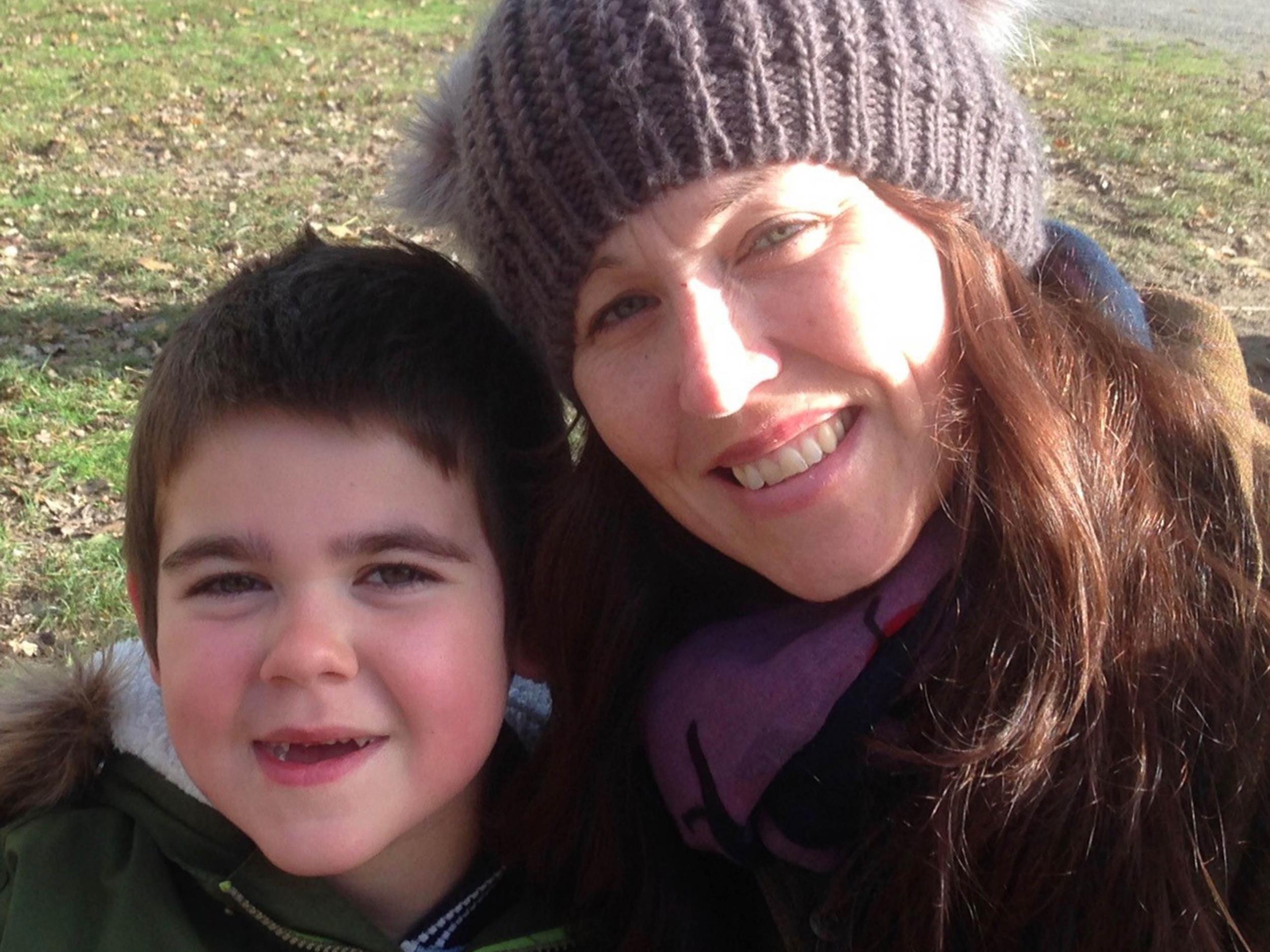 A woman has legally brought medicinal cannabis oil into the UK in the first-known successful attempt since the government paved the way for reforms.

Hannah Deacon, a mother of a boy with epilepsy, was allowed to pass through London City Airport on Tuesday carrying a five-month supply of the banned drug from Amsterdam.Â

Licences for her son, Alfie Dingley, to be treated using cannabis were granted by the Home Office on 19 June after a long-running battle.

It came the same day a young girl waiting for her own cannabis oil licence was rushed to hospital and placed on life support.

Sophia Gibson, six, from Newtownards, County Down, suffers from a severe form of epilepsy known as Dravet syndrome. Her parents, Danielle and Darren, say the medication relieves their daughter’s condition.

Ms Deacon touched down at 6.18pm, having brought the medication on a British Airways flight from the Netherlands, where the drug is manufactured.

“Today, for the first time ever in this country, we have bought back THC oil through the airport legally, which is amazing,” Ms Deacon said after passing through customs.

“It is very, very important for him to have a normal, happy life so it’s a momentous occasion for us, his whole family and for him, most importantly.”

Less than half an hour after touching down the full-time carer, of Kenilworth, Warwickshire, made it through customs to be met by her mother Maggie Deacon in a jubilant scene.

She was carrying 30 millilitres of the treatment containing tetrahydrocannabinol (THC) which should last five months and, she said, reduces the boy’s seizures from more than 300 to one a month.

The importer will deliver the medication to the boy’s GP who should approve it for prescription next week, but Ms Deacon may have to repeat the process when the supply runs out unless the drug is re-scheduled.

In Northern Ireland, Sophieâ€™s motherÂ DanielleÂ told the Press Association her daughter had suffered a seizure so severe she had to be placed in an induced coma.

“How much more Sophia can take of this, I just don’t know,” she said. “I am just praying she makes it through the night. I just hope she has enough fight in her to keep going.

“No parent wants to see their child like this, and there are so many other children like Sophia, something needs to be done, there has been too much stalling (around medicinal cannabis).”

“She’s actually in hospital in intensive care because she doesn’t have her medication which is proven to work,” she said. â€śAnd I’m urging the Home Office today to issue an emergency licence for her. She’s proven that it works.

“We need to act quickly. We’ve suffered so much, these people shouldn’t suffer.

“The Gibsons have proven that it works for their daughter Sophia and I’m urging the Home Office, our Government and the health department in Northern Ireland to make sure this licence is issued urgently. It’s horrendous that another child is suffering again because of bureaucracy.”

Last week the Government moved a step closer to doing so for medicinal purposes when its chief medical advisor, Professor Dame Sally Davies, concluded there is “conclusive evidence” of its benefits for some conditions.

The Advisory Council for the Misuse of Drugs will issue an assessment on whether the drug should be approved in the coming weeks.

But Ms Deacon stressed no family should have to go through the same “arduous” ordeal to get the “miracle” medication, which should be re-classified “urgently”.

“Families are going through hell single every day with children with severe epilepsy. This drug could take it all away,” she said.

“It should be available to prescribe easily for doctors and the only way that is going to happen is by re-scheduling.”

Peter Carroll, spokesperson for campaigners End Our Pain, celebrated Tuesday as a “historic” day, adding: “Alfie is the first person to have succeeded in getting a long-term personal licence for medical cannabis in the UK.”

Pressure was heaped on the government after Charlotte Caldwell had cannabis oil for her severely epileptic 12-year-old son Billy confiscated at Heathrow Airport.

The review was set up amid the furore and an expert panel was created to assess individual emergency cases.

The Department of Health in Northern Ireland has issued an emergency licence for the Billy’s treatment, but his family’s battle continues to get the medication at home in Castlederg, Co Tyrone, rather than in hospital.