The passing of Assembly Bill, A3740, would benefit all in need of medical marijuana; in addition to those who suffer from cancer, chronic pain, seizure, glaucoma, anxiety, opioid use disorder, or post traumatic stress disorder. Expansion of use of medical marijuana will allow doctors to provide relief from pain caused by any medical condition and will allow equal opportunity to any New Jersey resident now suffering in pain or agony.

I would like to share a short, personal story with you about my experience with medical marijuana: 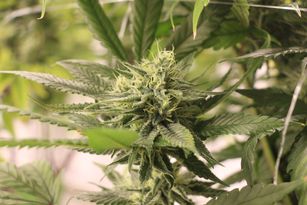 Hopes for N.J. legal weed may be up in smoke. But expanding medical marijuana now has bipartisan support.

A Republican lawmaker pledged to help lead the push for medical expansion and keep the conversation at the forefront.

Two years ago, my mother, a New Jersey born resident of 56 years, was diagnosed with Stage 2 Triple Negative Breast Cancer. During that time, the impact of my motherâ€™s cancer took an extreme physical, emotional, financial, and moral toll on my family. I was very close to losing my mother to cancer last year; if it wasnâ€™t for marijuana, my mother wouldnâ€™t be able to defeat cancer.

The effects of CBD in marijuana deteriorated the growth of my motherâ€™s rapidly growing cancer cells, and it also provided assistance to eat without being consistently nauseous, eased her internal aches and pains, and made her treatments more tranquil. If it wasnâ€™t for the aid of medical marijuana, she would not be here today, and watch me graduate from Kean University this spring semester with two degrees. 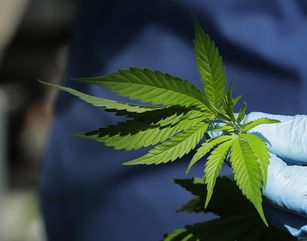 The state will allow separate licenses for growers, manufacturers and retailers for the first time, a step to encourage smaller players in the cannabis industry.

My thoughts and opinions on marijuana were similar to most citizens who typically did not agree with its usage, at first. Yet, by having a first hand, eye-opening experience of going through the process of the New Jersey Medical Marijuana Program as a caregiver, seeing the distribution of marijuana through dispensaries, and its positive effects of saving my motherâ€™s life, my opinion on marijuana has completely changed for the good.

There are currently 10 states and the District of Columbia that have made marijuana legal recreationally and medically. Our state, among other states, is truly unique. Although medical marijuana is legal, the expansion of it should not affect other aspects of passing the recreational use in New Jersey.

When you pass the bill for legal marijuana, the benefits will truly impact New Jersey for the greater good. Like Colorado, the first state to pass recreational marijuana, they use its tax revenue of $200 million from a single year, according to The Denver Post, towards updating and benefiting their education systems, veteransâ€™ hospitals, roads and highways (it would be a great idea to get rid of the tolls by using this new source of revenue and income to improve the state), psychiatric facilities, parks and reaction, department of public works, penal institutions, and so on.

With such astronomic sales revenues, and by making this fast-paced state a little more at ease, the benefits of recreational marijuana will put a large dent on the incarceration rates, increase state income, provide citizens with business opportunities and create an overall better environment for the citizens of New Jersey.

As you know, born and raised in Jersey, we are all rough on the outside. Yet, on the inside, we are highly compassionate and motivated individuals who use our voices to fight for those who cannot speak up and to better the welfare of others. As leaders of the state, I am asking you to help others, and legalize recreational marijuana.

Anna Francisco is a student at Kean University.