Like all symbols of feminism, marijuana (which, mind you, is totally and completely related toÂ feminism), remains buried in stigma. Since the 1970s launch of the War on Drugs as an unsubtle attack on African-American communities and, in the exact words of a top Nixon aide, â€śthe anti-war left,â€ť users of the drug have been characterized as dangerous, probably male deadbeats, as opposed to ailing women and girls on their periods. But science has repeatedly indicated marijuanaâ€™s pain-relieving effects for women who experience cramping, lower-back soreness, and fatigue on their periods, and this has not gone unnoticed by Foria, a company now selling marijuana tampons.

Foria is selling its product online at $44 for a package of four tampons to Colorado and California residents with either aÂ medical marijuana card or a doctorâ€™s recommendation letter. Foria is working to make the tampons available in all states where medical marijuana is legal, Coloradoâ€™s KXTV reports.

Weed, which also has been shown to kill cancer cells, help treat paralysis, lower rates of alcohol addiction and fetal alcohol syndrome, act as a very weak form of birth controlÂ throughÂ its impact on ovulation, and, yes, even help women who struggle to reach orgasm, is able to ease menstrual discomfort through a variety of its most natural properties. ItÂ relaxes the bodyâ€™s muscles, lowers the brainâ€™s awareness of pain, and increases blood flow to altogetherÂ reduce the pain of cramping.

Additionally, citing various, relatively recent studies of cannabis and its unique effects on the female body, Foria writes that working together, THC and CBD â€śactivate certain cannabinoid receptors in the pelvic region when introduced into the body via these specially formulated suppositories,â€ť and that THC â€śpositively affectsâ€ť the nerve endings of the uterus, cervix, ovaries and surrounding smooth muscle tissue byÂ â€śblocking out pain while also allowing for more pleasant signals to be received by the brain.â€ť Meanwhile, CBD reduces cramping by suppressing what causesÂ inflammation and allowing muscles to relax.

However, Foria notes that its marijuana tampons, made with just three natural ingredientsÂ (cocoa butter, distilled THC oil, and an ingredient grown from organic hemp) will not offer women any sort of â€śpsychotropic high.â€ť

Marijuana as a solution to womenâ€™s everyday discomfort and the inconveniences posed by their biology is just one of its many ties to intersectional feminism. Whether itâ€™s Native Americans or paralysis victims, it seems like the drug isÂ consistently there for marginalized groupsÂ â€” which very possibly is a reason itâ€™s so controversial. Despite having, at the very most, minimal detriments, and primarily only for its youngest users, marijuana remains stigmatized while alcohol and tobacco, which contribute to various cancers and death, remain legal with little opposition. 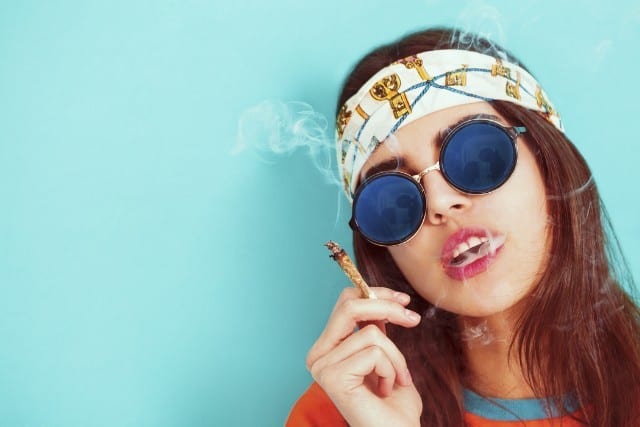 The drug is dripping in pros for a lot of groups in America, butÂ the emergence of marijuana tampons shows just how much women in particular have to gain from marijuana legalization.