REGINA — A man who used CBD oil to overcome a dependance on opioids says he lost his job as a welder, after he failed a drug test.

After a decade of taking opioids to deal with pain stemming from a car accident as a teenager and a workplace injury as an adult, Chad Osask started using CBD oil last year as a pain relief medicine at the advice of a doctor and it made a world of difference. 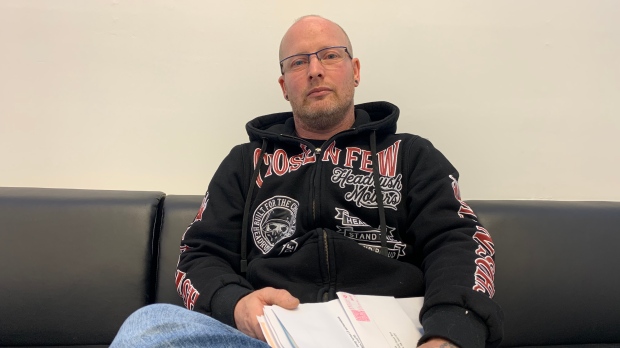 While CBD oil improved Osaskâ€™s life, it caused some issues with his employer, leading to a failed drug test.

â€śItâ€™s been a living hell,â€ť Osask said. â€śYou work for a company that tells you to jump, you jump, you do absolutely everything for the company, you donâ€™t ever complain, yet when push comes to shove and you need their help, they just push you out the door.â€ť

In the drug test results, Osask also tested positive for THC and opioids, which he expected, but it also detected cocaine, which he adamantly denies using.

â€śI went to my family doctor and had a witnessed drug test done â€“ where he stands directly in front of you and watches you fill that cup â€“ and it came back only the THC, which I knew should have been in my system,â€ť Osask said.

Osask submitted a complaint to the Saskatchewan Human Rights Commission earlier this year with a goal of clearing his name in regards to his employment record, but it was dismissed. Heâ€™s now planning to continue his fight in court.