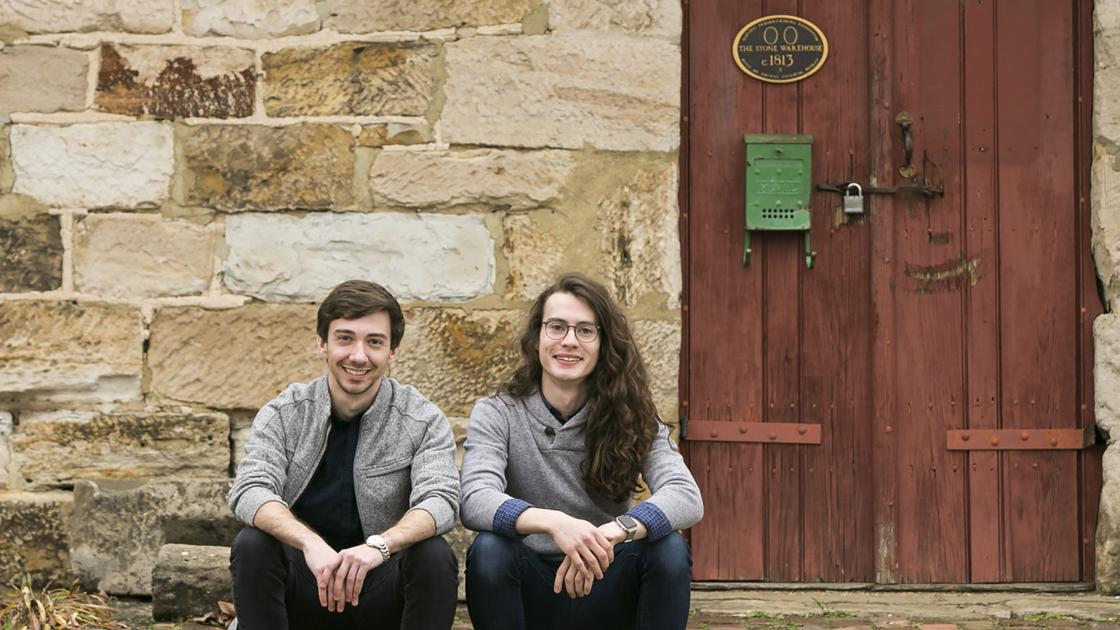 With Democrats poised to take control of the Virginia General Assembly in January, community member Sebastian Wicker and University of Mary Washington student Max Yarrow figure now is the time to restart a local chapter of NORML‚ÄĒthe National Organization for the Reform of Marijuana Laws.

‚ÄúThe war on drugs is not working. Mass incarceration is not working. We want to focus on harm reduction and advocate for a healthier, more efficient commonwealth,‚ÄĚ said Yarrow, a music major at UMW who also has established a campus chapter of NORML, which is recognized by the Office of Student Activities and Engagement.

Fredericksburg had a NORML chapter, but it fizzled out about five years ago because of lack of membership, said Wicker, who lives in the city and also serves on the board of directors of Virginia NORML, the statewide organization.

‚ÄúWith a decriminalization bill already pre-filed in the General Assembly [SB 2, introduced by Sen. Adam Ebbin, D‚Äď30th], we decided it would be beneficial for Fredericksburg to have a chapter,‚ÄĚ Wicker said.

Ebbin‚Äôs bill would decriminalize simple marijuana possession and provide a civil penalty of no more than $50, as opposed to existing laws, which impose a maximum fine of $500 and a maximum 30-day jail sentence for a first offense and makes subsequent offenses Class 1 misdemeanors.

Wicker, who owns LTF Consulting, a business that helps clients navigate the legal marijuana industry, said decriminalization should be the first step in the reform of marijuana laws. Next is expungement‚ÄĒthe sealing of marijuana-related arrest and criminal offense records‚ÄĒfollowed by full legalization.

‚ÄúLegalization is important because of what it does for the economy,‚ÄĚ he said, citing potential local tax revenue from new businesses.

In one Colorado county where cannabis became legal in 2014, the industry contributed $58 million to the local economy, resulting in $35 million for local roads, services and schools, a study by Colorado State University found.

Wicker said universities such as Mary Washington should consider how they can prepare students for jobs in the legal cannabis industry.

‚ÄúIt‚Äôs very fast-growing,‚ÄĚ he said, citing the demand for nurses to operate medical dispensaries and jobs in pest control for legal growing operations.

Clinical studies have shown that marijuana may help with sleep, depression, anxiety, pain relief, epilepsy and nausea, and may stimulate appetite in patients with AIDS, cancer or anorexia.

‚ÄúCannabis is an answer to many things for some people,‚ÄĚ Wicker said.

Opponents of legalization worry the health benefits aren‚Äôt fully understood, and that there may be dangers to marijuana use. A 2015 study by Northwestern University found that teens who smoked marijuana daily for at least three years performed poorly on long-term memory tasks.

Studies have also found that the number of automobile accidents increased in states that legalized marijuana.

‚ÄúIt has been used medicinally for thousands of years,‚ÄĚ Yarrow said.

Wicker and Yarrow said legalization will also spur further research and development into more efficient ways to grow marijuana and measure its presence in the body, addressing opponents‚Äô concerns about the environmental effect of marijuana operations and how it can be policed to prevent marijuana-related car accidents.

‚ÄúWe‚Äôre getting there,‚ÄĚ Wicker said. ‚ÄúYou don‚Äôt work these things out by not allowing it. The onus is on us to create better, more efficient ways.‚ÄĚ

He added that Colorado has seen a 6.5 percent decline in opioid-related deaths since marijuana was legalized in 2014.

Those findings, from a 2017 study by the University of North Texas Health Science Center, suggest a correlation between recreational marijuana use and fewer opioid deaths.

With the UMW campus chapter of NORML, Yarrow hopes to create a new sanction for students who violate the campus drug policy.

Yarrow said the current punishment for cannabis use and possession on campus‚ÄĒ30 to 50 community restitution hours, disciplinary probation for at least for the remainder of the semester, an online education course and an essay‚ÄĒis not appropriate.

Yarrow, fellow students and a member of the teaching faculty are working with Ray Tuttle, director of the UMW Office of Student Conduct and Responsibility, to rewrite the campus drug policy.

‚ÄúWe are hoping to create a sanction that is more appropriate for our students and more reflective of changing laws, attitudes and knowledge about cannabis,‚ÄĚ Tuttle said.

FredNORML wants to start conversations about the benefits of legalizing marijuana and create a space for people to ask questions.

‚ÄúPeople like discretion,‚ÄĚ he continued. ‚ÄúNobody wants to see people walking down the street holding a big bong or get hit by a blast of skunk odor. There are many new noninvasive ways to use marijuana, like edibles and topical creams.