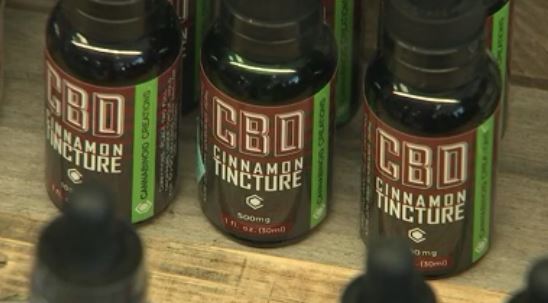 NASHVILLE, Tenn. (WKRN) ã Tennessee is undergoing a massive hemp surge ã the popularity of the product helping to bring back the Southern Hemp Expo to the area.

Among the topics thatãll be discussed is the business of hemp.

Jason Chambers of Frog Brigade Pharmacy in Murfreesboro told News 2 it seems that a hemp shop is closing down every week.

ãFrom then to now, I canãt even count how many there are ã florists selling it, bail bondsman, popping up flags and selling it, video stores are selling it,ã said Chambers. ãIãve seen CBD oil flags flying in front of the most ridiculous stores that you would never think and have no business in it whatsoever or probably know little about what they are selling except that it sells to people.ã

No barriers to entry means anyone with a business license can sell hemp or CBD.

ãThatãs leading to a lot of consumers to either stop trying at all or go online for a cheaper deal because theyãre figuring, ãhey, maybe if Iãm not getting a good quality product, at least Iãm going to save some money,’ã he said.

Chambers said customers can protect themselves by asking for certificates of authenticity.

He said he hopes his philosophy will set him apart, and keep him in business.

ãBeing transparent, I think maybe also be our downfall, maybe why we are losing business because weãre not willing to do some of the other unhanded tactics that other businesses will do just to make a buck,ã said Chambers.