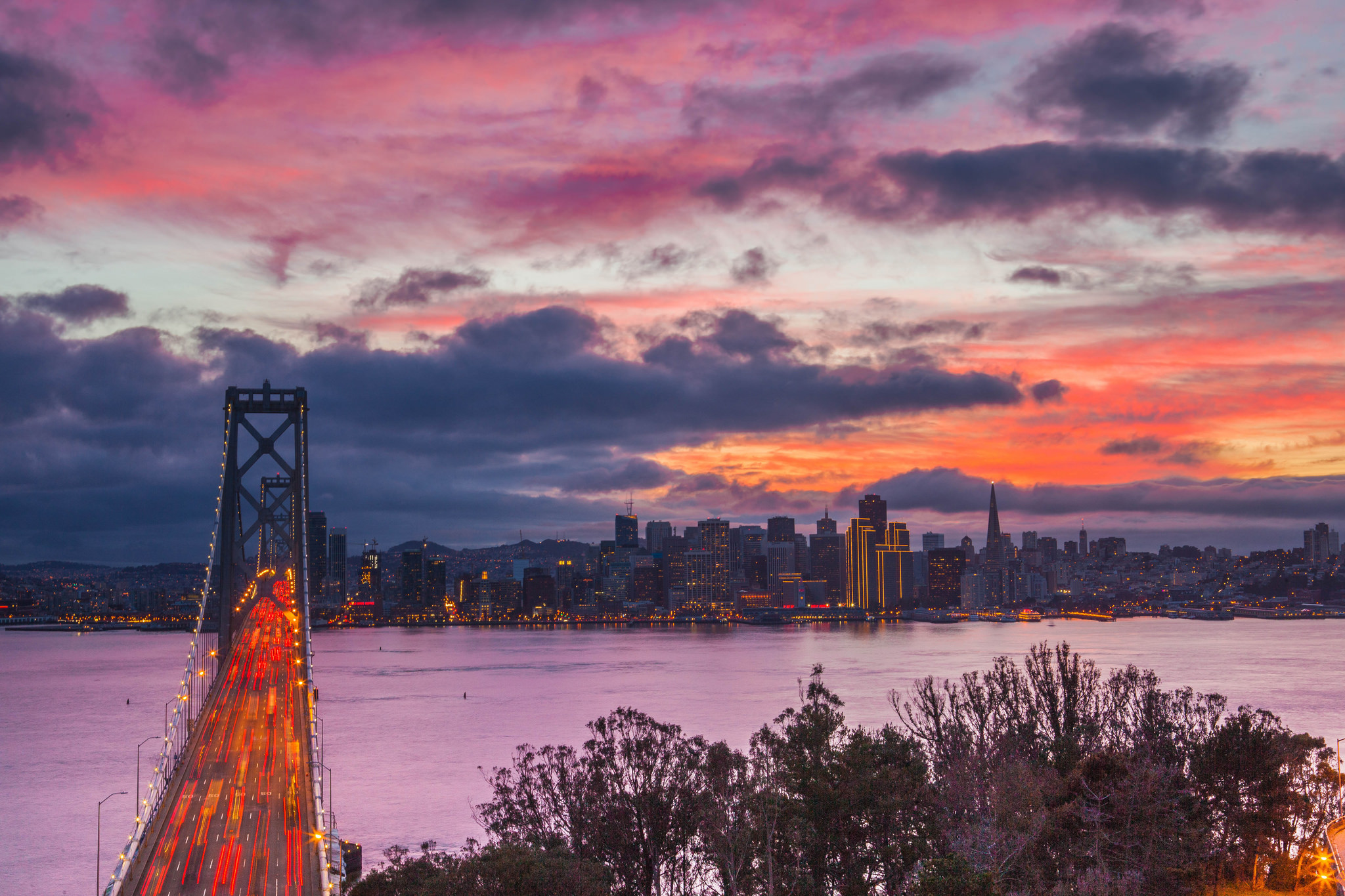 The J.P. Morgan Healthcare Conference opened Tuesday with some anticipation for GlaxoSmithKline CEO Emma Walmsley’s talk, what with the pharma giant’s recent deal to buy cancer drugmaker Tesaro. Ahead of Amgen CEO Bob Bradway’s morning presentation, the company rolled out another round of price cuts on its cholesterol drug Repatha, which Bradway talked up along with its new migraine drug Aimovig.

Meanwhile, word is that TakedaÂ has an announcement on tap for its presentationÂ late in the California afternoon, and we’ll also hear from Roche, Bristol-Myers, Sanofi and more.

We’reÂ chronicling the daily events with continuously updated roundups, from news stories to executive remarks to excerpts from our own sideline interviews. If you missed our Monday rundown, with its latest additions a few hours before Tuesday’s schedule began,Â find it here.Â And for all our FiercePharma coverage over the course of the conference, keep tabs onÂ this page, and lookÂ hereÂ for FierceBiotech’s own news.

Biopharma is a fast-growing world where big ideas come along daily. Our subscribers rely on FiercePharma as their must-read source for the latest news, analysis and data on drugs and the companies that make them. Sign up today to get pharma news and updates delivered to your inbox and read on the go.

GSK chief Emma Walmsley put oncology back on the front burner last year, and now she’s touting the company’s progress since. One big boost? Obviously, the $5 billion TesaroÂ buyout, announced last month, she said. With it, Glaxo gets up-and-coming PARP inhibitorÂ Zejula, plus a PD-1 inhibitor that’s admittedly way behind in the field but useful for developing in-house combination therapies, she said.Â And then there are Tesaro’s pipeline assets. All in all, “with three pivotal stage assets and 12 assets in clinic, GSKâ€™s oncology pipeline is gaining strength and will start to add growth in the next year,â€ť she said. Meanwhile, GSK’s current stronghold, HIV, boasts newÂ two-in-one drugÂ Trelegy, but theÂ â€śmuch biggerâ€ť opportunityâ€”even in the face of tough Gilead competitionâ€”is its once-daily dolutegravir/lamivudine combo,Â expected to win U.S. and EU approvals this year. Plus, its long-acting HIV injectable now in testing promisesÂ a â€śtruly differentiated approach to treatment,” she said. Patients say daily pills are a constant reminder of their disease, and the monthly or bimonthly injection couldÂ makeÂ HIV a â€śsmaller partâ€ť of theirÂ lives.

Amgen CEO Bob Bradway figures the company’s diverse set of offeringsÂ in cancer, cardiovascular disease, migraine and beyond will help itÂ weather the â€śvolatileâ€ť environment in pharma. Plus, biosimilars will â€śbegin to contribute significantlyâ€ť to Amgenâ€™s revenues thisÂ year. (Of course, it’s facing biosimilar competition of its own, too.) On the new-brand side, Bradway talked up the company’s debut migraine drug Aimovig. Since itsÂ launch last May, 150,000 patients have started on the drug and 18,000 providersÂ have prescribed it.Â As for PCSK9 cholesterol drug Repatha, Bradway reported that it held 64% of the market at the end of 2018. Amgen has actually slashed the list price on that medicationâ€”not just its net priceâ€”and just this week announced price cuts for two device-based versions.

Mylan CEO Heather Bresch skated around questions about the companyâ€™s strategic review Tuesday, but she and President Rajiv Malik did dish new info on a topic thatâ€™s perhaps just as closely followed: generic Advair. Expected to be a big money-earner for the generics giant, the respiratory drug has been held up for months now, and at this point, itâ€™s all on the FDA, Malik said. Just yesterday, the agency told Mylan that itâ€™s simply trying â€śto make sure itâ€™s bulletproof, in their words,â€ť he added. But is there a hint of imminent action? Maybe so. The agency rolled out a label update today, Malik said, for all products that contain fluticasoneâ€”which Advair, the behemoth GSK brand, and its knockoffs most certainly do. The FDA may have wanted to get that out of the way before approving a new drug thatâ€™ll need that same label language. â€śToday is at least an indication of some administrative work that perhaps they needed to get out there before an approval,â€ť Bresch said. â€śWe believe today is a step in the right direction.â€ť

Sanofiâ€™s new CFO, Jean-Baptiste Chasseloup de Chatillon, stepped in for injured CEO Olivier Brandicourtâ€”who had hurt his back over the weekendâ€”to outline the French drugmakerâ€™s prospects, and he dropped the headline comment within five minutes: Diabetes will once again be a drag this year. â€śThe diabetes impact will be less than last year but will still affect 2019,â€ť he said, as he made the case that Sanofiâ€™s other franchisesâ€”and its rare blood disorders business acquired with Bioverativ last yearâ€”will drive 2019 growth despite any remaining headwinds. The â€śpipeline in a drugâ€ť Dupixent, now approved for asthma as well as severe eczema, is rolling along nicely, and itâ€™s on its way to a potential new use in nasal polypsâ€”plus revving for launch in more European countries, Chasseloup said. Its new checkpoint inhibitor Libtayo is targeting a skin cancer type that no other PD-1/L1 has taken up, its new aTTP drug Cablivi launched in Europe and is up for FDA approval this year, and a new diabetes launchâ€”the SGLT1/2 drug Zynquista for Type 1 diseaseâ€”is on tap, provided it wins FDA approval after its FDA advisory panel review next week. And the company has high hopes for its flu shots, despite the fact that the field is â€śhighly competitive,â€ť partly because of its first-ever cell culture flu vaccine Flublok, he said. The new launches â€świll lay a foundation for a new growth profile,â€ť he said.Â

FDA Commissioner Scott Gottlieb, M.D., phoned in for Tuesdayâ€™s keynote discussion with J.P. Morgan analysts, discussing a range of efforts underway at the agency to adapt to new trends in drug development as well as cost and competition concerns. He said the agency shouldnâ€™t be an arbiter of cost-effectiveness, but that itâ€™sÂ workingÂ toÂ bring competition toÂ drug markets where itâ€™s currently lacking.Â This year, the agency plans to work on challenges facing complex generics, patent issues, and the U.S. biosimilars market, among other areas of focus.Â

GW Pharmaceuticals’ claim to fame is its first-ever FDA-approved cannabinoid drug, but CEO Justin Glover said the company has ambitions far beyond the rare epilepsy approvals it’s racked upÂ nowâ€”and beyond Epidiolex itself. That drug rolled out Nov. 1, and four of the five largest payers have started covering it. Glover wouldn’t reveal sales data yetâ€”we’ll have to wait for the company’s fourth-quarter results next monthâ€”but GW’s slides did disclose an expected average gross price for the first year at $32,500. Meanwhile, GW is plotting more CBD drug testing this year, targetingÂ autism spectrum disorders, Rett syndrome and neonatal hypoxic-ischemic encephalopathy, while continuing its work in glioblastoma and schizophrenia. Plus, it’s already on its way to bringingÂ its EU-approved drug Sativexâ€”used to treat spasticity caused by multiple sclerosisâ€”to the U.S. this year, thanks to meetings with the FDA about its NDA pathway, Glover said. As for Epidiolex, GW is pushing on other indications,Â including in epilepsy in patients with tuberous sclerosis complex. It’s planning a fourth-quarter FDA filing for that label expansion and expects to launch a phase 3 trial in Rett syndrome, looking for benefits in cognition, behavior and quality of life.