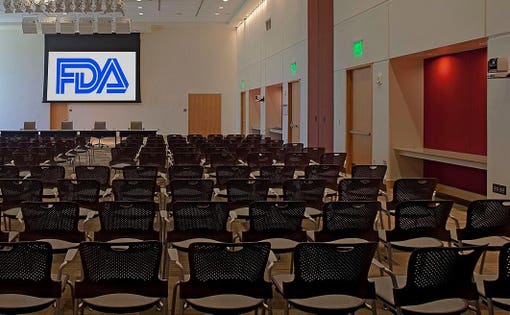 There was once a time you needed a prescription to buy the allergy medicine, Claritin (if you‚Äôre too young to remember that, yes, it was really that way, and it was a pain). Not until years of study, trial, and process, did the FDA make it available by the pallet, at Costco.

In the exciting and fast-paced cannabis industry, Cannabidiol (CBD) seems to have skipped all that rigmarole and gone straight to the shelves of CVS and the counters of gas station mini-marts. The ubiquity of CBD and access to its healing properties has brought along with it snake oils and substantial inconsistencies.

The CBD market directive is straight to over-the-counter (as a nutritional supplement) without doing the work to prove its safety and efficacy in a clinical setting. For complicated diseases like cancer‚ÄĒlet alone seasonal allergies‚ÄĒdoctors and patients need the consistency and accountability of an FDA-regulated drug to create safe dosing and minimize risks like drug interactions.

What the FDA says

In a recent article in The New York Times titled, ‚ÄúCBD Is Everywhere, but Scientists Still Don‚Äôt Know Much About It‚ÄĚ an unnamed F.D.A. spokesman is quoted as saying: ‚ÄúThis deceptive marketing of unproven treatments raises significant public health concerns, as it may keep some patients from accessing appropriate, recognized therapies to treat serious and even fatal diseases.‚ÄĚ This comment comes months after the 2018 Farm Bill legalized hemp (a common source of CBD).

The article from The New York Times seems to take this comment at face value, but it perfectly summarizes the critical and transformative stage at which CBD finds itself in the marketplace.

On the one hand, the CBD market is taking off. By 2020, it‚Äôs estimated that CBD sales in the United States alone will top $2.1 billion dollars. The explosion of CBD is fueled in large part by the wide range of illnesses it‚Äôs being purported to help treat. From life-changing diseases like epilepsy, cancer, and Crohn‚Äôs to more mild maladies like acne and hair loss, CBD is being sold as an alternative to what are seen by some to be more dangerous pharmaceutical alternatives.

On the other hand, it‚Äôs precisely the Wild-West-Gold-Rush-fever of it all that has some investors and regulators nervous‚ÄĒa fear that the FDA spokesman plays up. A generous understanding of the unnamed FDA spokesman‚Äôs quote would be that‚ÄĒas a representative for the regulatory body now in charge of managing access to CBD‚ÄĒhe is concerned for consumers who are potentially being sold ‚Äúunproven treatments‚ÄĚ for serious illnesses.

However, there‚Äôs a certain irony in the FDA spokesman‚Äôs comment that we shouldn‚Äôt miss. Let me offer this analogy: It‚Äôs like a spokesman for the police telling us that there‚Äôs a whole lot of people robbing banks these days, and that the police are really concerned about how those bank robberies are affecting the banks and they wish someone would do something about it.

It would be a nice sentiment coming from anybody but the police, whose job it is to deal with those situations. And that‚Äôs what‚Äôs happening with the FDA‚Äôs stance towards CBD right now: they view the CBD industry as a potentially malicious industry that needs to be sent sternly-worded warning letters, while almost entirely ignoring the mechanisms it controls to legitimize the manifold anecdotal claims of CBD users successfully managing their diseases with it.

If the FDA says you can‚Äôt trust CBD, how do you engender trust in CBD? The FDA!

This disconnect is maddening for both investors and consumers who are waiting to see how long it takes politics and its bureaucracy to catch up with science and public sentiment around cannabis.

A call for science

To understand better why the CBD industry needs the pharmaceutical model, I spoke with Dean Petkanas, chairman & CEO of Kannalife, Inc. Petkanas recently penned an op-ed in the International Business Times entitled ‚ÄúA Call for Science in a Congested CBD World,‚ÄĚ in which he makes a claim that will likely be very unpopular with many proponents of CBD as an (unregulated) supplement: ‚ÄúSimply put, we need more solid science to back up anecdotal consumer claims that [CBD] works.‚ÄĚ

A Call For Science In A Congested #CBD World https://t.co/S6eqY6DSik

This is a frustrating answer for many CBD advocates, who point to anecdotal evidence as evidence enough that CBD is efficacious and should be made freely available. But, perhaps more than any person in the U.S., Petkanas is uniquely positioned to make the argument that the regulatory framework of the FDA is necessary to the success of cannabinoids as a medicine. For years, Kannalife, Inc. held the first exclusive license for a U.S. Government patent from the National Institute of Health to research the scientific and therapeutic value of CBD, and alongside GW Pharmaceuticals, the maker of the CBD-based epilepsy drug Epidiolex, is one of the few companies clearing the FDA‚Äôs hurdles with CBD-based medicines.

After nearly a decade of research into cannabinoid therapeutics, Kannalife, Inc‚Äôs commitment to CBD as a medicine is paying off. Recent research from The Journal of Molecular Neruoscience details how KLS-13019, a CBD-like molecule, can provide protection for cancer patients who use a common chemotherapy drug, known as paclitaxel, from chemotherapy-induced peripheral neuropathy (CIPN). According to the American Cancer Society, CIPN is a severe side-effect of chemotherapy that ‚Äúcan cause severe pain and can affect your ability to do things like walk, write, button your shirt, or pick up coins. CIPN can last for weeks, months, or even years after treatment is done.‚ÄĚ CIPN can affect up to 40% of chemotherapy patients and can potentially become severe enough to end the chemotherapy.

Such critical health issues require a well-regulated medicine to avoid serious complications. Petkanas, once the VP of Corporate Finance for Jordan Belfort’s Stratton Oakmont (yes, that Jordan Belfort), weds an investor‚Äôs mind with the passion of a cannabis advocate, a position that led him to eschew the difficult and capricious regulatory hurdles of working with the cannabis plant itself. Instead, Petkanas and Kannalife, Inc. wanted to make CBD better, but to do so by following the guidelines of the Controlled Substance Act and the FDA.

‚ÄúHow do you make ethical pharmaceuticals from nature?‚ÄĚ Petkanas asked, a question which many CBD advocates who promote it as a panacea might thumb their nose at. However, Petkanas doesn‚Äôt see the two as diametrically opposed. ‚ÄúNature and pharmaceuticals go hand-in-hand. Pharmaceutical companies don‚Äôt like touching the plant because of cost controls and batch controls. They typically like to see nature developed into a single molecule-type synthetic that can be replicated.‚ÄĚ

It‚Äôs often easy to forget how often nature is the muse of the pharmaceutical industry‚ÄĒand to confuse the natural origin as a direct substitute for the pharmaceutical. Taxol is a popular cancer treatment that is derived from the bark of the Pacific yew tree, but it needed decades of development to find a synthesized form that wasn‚Äôt also toxic to humans. If you were to simply to extract the compound from the Pacific yew tree‚Äôs bark, you‚Äôd probably bleed to death from the inside.

Thanks for joining the ‘plants with a purpose’ Campus tour. On #BiodiversityDay. Top fact: Pacific yew tree bark used for cancer treatment pic.twitter.com/i9AG9PqzzA

Kannalife is largely an outlier in the CBD industry, where many are fighting to get CBD recognized as a supplement‚ÄĒwhich would increase access and decrease the costs of it over the long run‚ÄĒwhile mostly keeping the regulators and the pharmaceutical industry out of the process. But through the years of trudging through the scientific process necessary to validate synthetic cannabinoids in the eyes of the FDA, Petkanas sees the value that this process will have for our understanding of CBD writ large.

‚ÄúThe synthetic market is a natural segue for the study of any cannabinoid. Anything that comes from the cannabis plant that may have potential long-term pharmaceutical application, but over time the naturally-recurring source needed to make the drug is going to diminish and change.‚ÄĚ

A synthetic cannabinoid-like Kannalife‚Äôs KLS-13019 offers doctors who are treating complicated diseases like cancer, diabetes, and Crohn‚Äôs that require multiple forms of treatment a level of therapeutic consistency and reproducible clinical results that natural CBD can‚Äôt. Petkanas doesn‚Äôt disparage natural CBD, but rather views it like the Yahoo-Google relationship circa the 1990s.

‚ÄúCBD is the original Yahoo search engine, but then Google came along in 1996 with a knock-your-teeth-out algorithm that still hasn‚Äôt been bested by anyone. Google exposed the limits of the original search engine algorithms. CBD has naturally recurring limits you can‚Äôt take it beyond. You purify it to get it to 99%, but then all you have control over at that point is dosing.‚ÄĚ

By synthesizing the cannabinoids into KLS-13019, Kannalife has been able to create a drug that is 50 times more potent and 400 times safer than CBD in predictive analytic testing. Epidiolex, the childhood epilepsy drug from GW Pharmaceuticals that uses a naturally-derived cannabinoid, still has serious risks like liver damage that comes from consuming that amount of CBD. When Kannalife, Inc. looked to diseases like CIPN and hepatic encephalopathy (a brain disease found in patients with cirrhosis of the liver), those sorts of risks needed to be mitigated.

With the most recent research into KLS-13019‚Äôs effectiveness for treating CIPN, perhaps the most exciting part is not that it works, but that the researchers were able to show the mechanisms for how the cannabinoid-like molecule works: it protects the neuritic mitochondria in the sensory neurons from toxic build-up associated with chemotherapy. It‚Äôs a groundbreaking understanding of CBD‚Äôs mechanics in the body, and a rare thing in an industry that often isn‚Äôt sure why CBD works the way it does.

‚ÄúIf you look back to the FDA‚Äôs regulatory panel,‚ÄĚ Petkanas said, ‚Äúthey voted 13-0 in favor of Epidiolex. Nobody wants to see children suffer ever, even though the mechanism of the action is unknown. But it works, and that‚Äôs what‚Äôs important for the clinicals. Not all drugs have a known mechanism of action, but it‚Äôs hard to get financing in the real world when you can‚Äôt say how it works.‚ÄĚ

Whereas many see the current CBD boom as the market‚Äôs infancy, Petkanas argues that we‚Äôre living through a situation similar to the IPO boom in the 80s and 90s‚ÄĒor perhaps the cryptocurrency boom of the last few years‚ÄĒwhich were actually the top of the market before a reset when regulators stepped in.

‚ÄúWe‚Äôre at the top of the first phase cycle of a market for CBD, where there‚Äôs heavy concentration to producers. The fact that the regulators haven‚Äôt stepped in and could, and if they do, then what‚Äôs going to happen is you‚Äôre going to have a lot of these cannabis stores and chain stores that are not going to put a product on the shelf for fear of having it confiscated.‚ÄĚ The result of a real FDA crackdown on CBD products would be a huge financial setback for the producers and sellers, and for the consumers who have come to rely on it.

The success of Kannalife‚Äôs research, when seen through the lens of other naturally-derived pharmaceuticals that have gone on to become synthetic medicines, shows that with KLS-13019,¬†the company¬†is helping to set the guidelines and models for transforming cannabinoids into successful therapeutic drugs¬†that in this case go from over-the-counter to behind-the-counter.

Petkanas sums this up nicely when he argued that ‚ÄúCannabis can be a medicine, but you‚Äôve got to bring it there.‚ÄĚ Getting there, though, will be slower than many people will like. Plus, it hinges upon the willingness of the FDA to be a good faith actor. Only time will tell if KLS-13019 is an advanced guard or a lone scout into the future of CBD as an FDA-approved medication.

Disclosure:¬†I have no financial interest or positions in the aforementioned companies.¬†This information is for educational purposes and does not constitute financial and/or legal advice.

« CBD Choice Opens as a One-Stop-Shop for a Diverse Range of Trusted CBD Brands – Yahoo Finance CBD is everywhere but is it safe? | National – Herald-Mail Media »