Is CBD Illegal In Ohio? 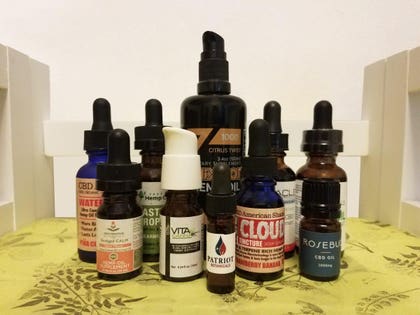 Products distilled from cannabis that does not contain THC, the psychoactive chemical component that provides a â€śhigh,â€ť are sold throughout Ohio. Cannabidiol or CBD oil can be found in boutique shops and health food stores. In another blatant attempt by Big Pharma to try to stifle their most significant competition, Ohioâ€™s Pharmacy Board says sales of CBD products are illegal if they aren’t being sold in a licensed dispensary.

Under Ohioâ€™s new medical marijuana law, which goes into effect on September 8, the Boardâ€™s clarification on CBD oil, which can derive from either marijuana or hemp, is illegal. The board says CBD oil must go through the same rigorous testing procedures and comply with the same rules as real cannabis.

CBD is not legal in all 50 states.Â According to the Agricultural Act of 2014 (AKA the farm bill), only CBD cultivated under state law “in which such institution of higher education or state department of agriculture is located, and such research occurs,” is legal. CBD that is not manufactured from hemp grown under a state pilot program or for academic research is not legal.

Additionally, according to Jo Ingles of WOSU public radio Ohio, “The board adds the only legal way to sell CBD is through a medical marijuana control program dispensary. The Ohio Department of CommerceÂ approved 56 dispensary licenses, five of which are in Franklin County.”

Ohioâ€™s medical marijuana program has had significant setbacks and is currently expected to become partially operational by the end of 2018.

“The message is clear that until dispensaries are operational, and none are right now, no one is allowed to possess or sell CBD oil and other marijuana-related products. Still, some stores stocking CBD oil are continuing to sell it, despite the pharmacy boardâ€™s ruling,” Ingles announced.

Despite the new ruling, several stores are still defiantly stocking and selling CBD, either because they are not aware of the new decision or because they would instead not adhere to it. Many customers do not distinguish one type of CBD from another or consider where it is derived.

« Medical Cannabis Offers New Hope for Those With Inflammatory Bowel Diseases At new Maplewood hemp store, hopes are high, but not the users »