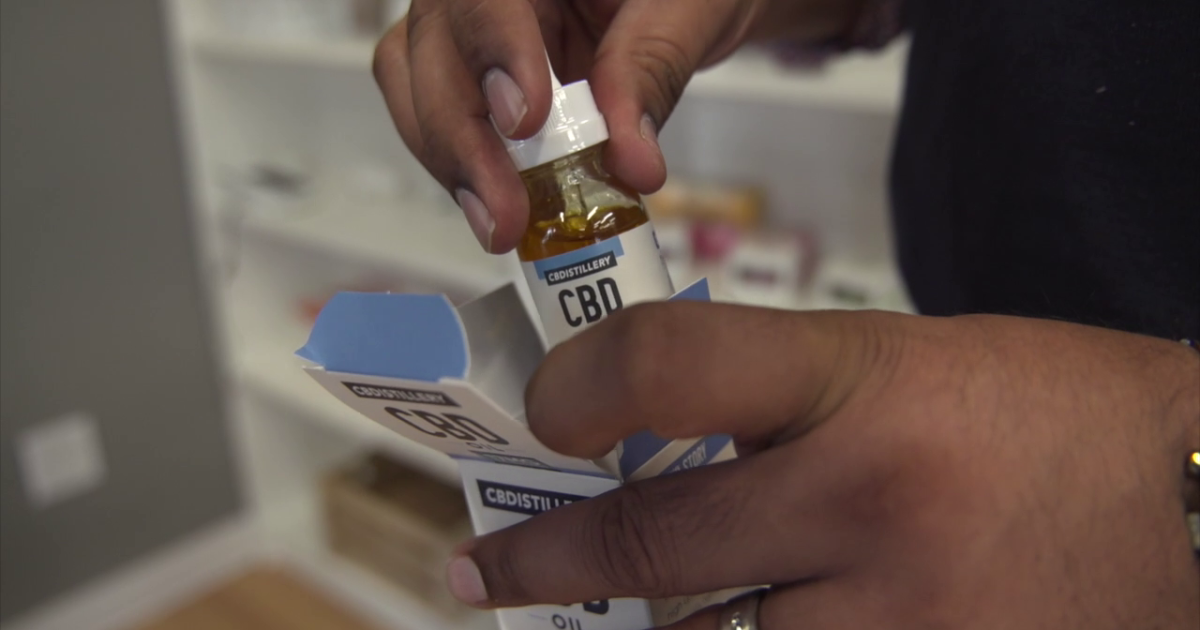 With the Food and Drug Administration (FDA) yet to develop a regulatory framework for CBD-infused products, states are stepping in. This week, Illinois introduced new legislation that could require the testing of CBD products sold in its state.

The hemp-derived cannabidiol, or CBD, is sold as a supplement, promising to manage everything from anxiety and insomnia to chronic pain.

But while some CBD shops like LeafyQuick only sell products that have been tested, there are no laws requiring that.

â€śWe donâ€™t obviously accept every brand that knocks on our door, and we go through a very stringent due-diligence process,â€ť says Easwar.

And because CBD products are considered supplements rather than drugs, they remain largely unregulated.

Since 2015 the Food and Drug Administration has issued more than four dozen warning letters to firms marketing unapproved drugs allegedly containing CBD. Many did not contain the levels of the cannabis derivative they claimed to.

Itâ€™s that uncertainty about whatâ€™s in the products that prompted Illinois state representative Bob Morgan to act.

â€śThese are products coming in from other states more often than not are not being tested,â€ť says Morgan. â€śWe don’t know if they have heavy metals pesticides contaminants synthetic THC or something way worse.â€ť

Morgan is pushing a bill that would require all CBD products sold in the state to pass minimum testing standards.

â€śWe should have these high expectations, especially since people were consuming this product,â€ť says Morgan. â€śThese are things people are ingesting and we have to make sure theyâ€™re safe.â€ť

If theyâ€™re not safe, the proposed law would require untested products to be pulled from shelves and online. Sellers violating the law could face stiff fines.

Itâ€™s something retailers like Rahul Easwar say is essential to the CBD business’ long-term success.

â€śEspecially retailers, more so the consumers need to demand such regulations and more stringent regulations in my opinion.â€ť

For now, there are still no national standards for CBD testing. Morgan says until federal regulators catch itâ€™s up to the states to take the lead.

« Dr. Sanjay Gupta on medical marijuana: We are in an age of wisdom, but also an age of foolishness – erienewsnow.com County snuffs out farmers’ plans for roadside hemp sales – The Bakersfield Californian »