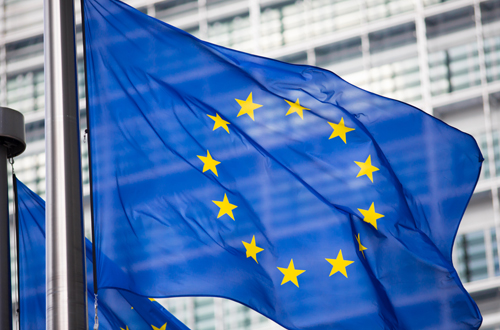 The European Commission has approved GW Pharma‚Äôs Epidyolex for two severe types of childhood epilepsy, becoming the first medicinal cannabis product to be approved for epilepsy in the EU.

Epidyolex ‚Äď which is already marketed as Epidiolex in the US ‚Äď has been cleared for the treatment of seizures in patients aged two or over with Lennox-Gastaut syndrome (LGS) or Dravet syndrome (DS), in conjunction with clobazam.

It is the first medicine based on highly-purified, plant-derived cannabidiol (CBD), which lacks the high associated with cannabis or marijuana.

The two syndromes are rare but extremely debilitating forms of epilepsy, typically causing multiple seizures per day, and are both considered to be hard to treat with current drugs. The frequency of seizures means children with LGS and DS can show slower-than-normal development.

LGS is associated with so-called ‚Äėdrop seizures‚Äô, which cause the child to fall to the ground and can lead to injuries, and in some cases are so severe and common they require treatment with surgery. DS seizures tend to be characterised by stiffness and/or jerking, known as tonic-clonic or clonic seizures.

The approval is based on the results from four randomised, controlled phase 3 trials, involving more than 714 patients, which showed that Epidyolex oral solution was able to reduce the number and severity of seizures, and may help improve development and behaviour.

Analysts have suggested that provided GW Pharma can successfully commercialise the drug in the US and other major global markets, and add further indications, it could have a blockbuster treatment on its hands worth $2-$3bn a year.

The first CBD-based medicine to reach the market in Europe was GW Pharma‚Äôs Sativex, an oromucosal spray formulation that is approved to treat moderate to severe spasticity in multiple sclerosis patients who have not responded to other drugs.

There is considerable demand for CBD products amongst the parents of children with severe epilepsy, who have had to rely on using unlicensed cannabis-based products in many countries although some have started to allow regulated access.

That includes the UK, which last November decided that medicinal cannabis products could legally be¬†prescribed in the UK by a hospital doctor who is registered to do so, for certain indications which don‚Äôt respond to other therapies including severe epilepsy.

There are claims however that the new framework is making it much too hard for even patients who are eligible to access products, and there have been cases of parents having cannabis oil products confiscated by customs on entry to the UK even with private prescriptions.

Epidyolex could provide a licensed option that doctors will feel more comfortable prescribing, provided GW Pharma can secure NICE‚Äôs backing for NHS prescribing of the drug.

The cost-effectiveness agency¬†turned the drug down in draft guidance last month, although GW Pharma says it is confident it will be able to overturn that preliminary verdict.

In the US, the oral liquid product costs $32,500 for a year’s worth of treatment. The company ‚Äď which has said it intends to launch Epidyolex in France, Germany and the UK before the end of the year ‚Äď hasn’t revealed its European pricing plans yet.