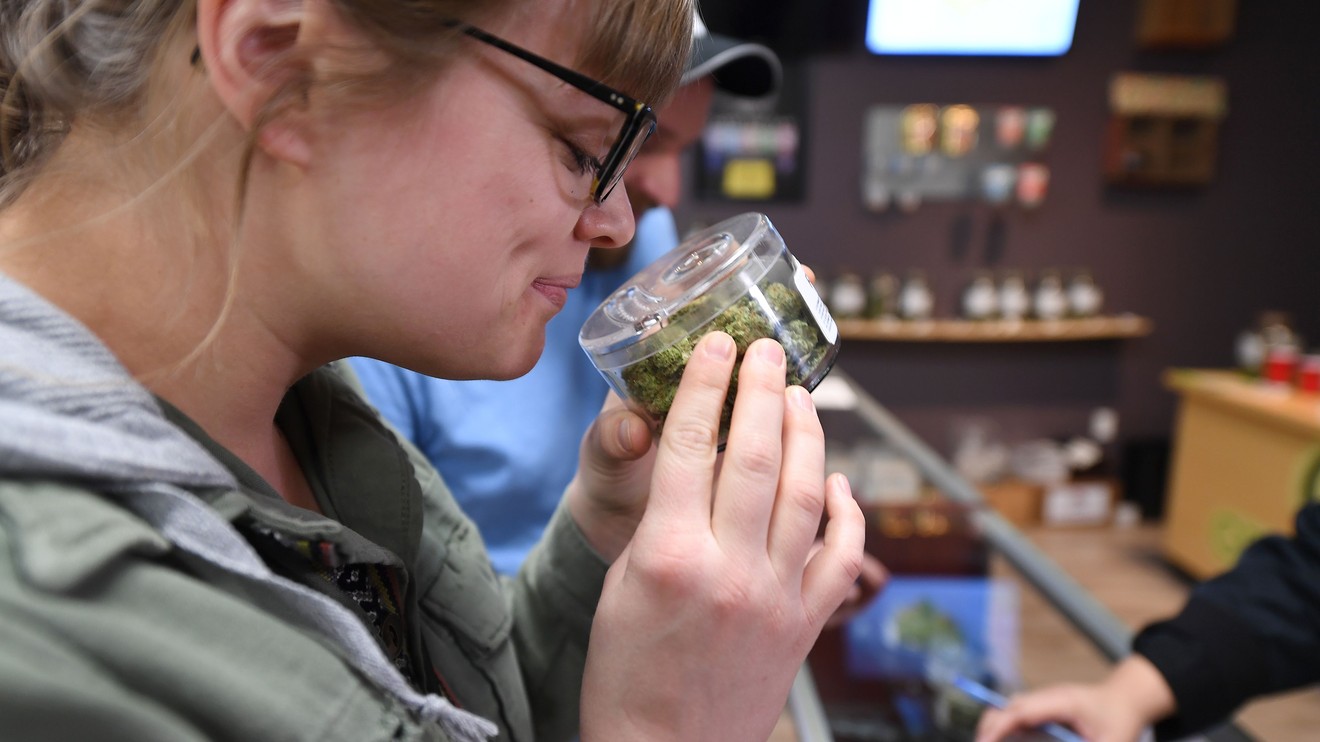 Shares of GW Pharmaceuticals PLC surged to a record high Thursday, after the medical-marijuana company announced a new Drug Enforcement Administration stance on its approved drug containing cannabidiol, or CBD.

Specifically, the DEA said Thursday it now places FDA-approved drugs with CBD in ‚ÄúSchedule V,‚ÄĚ which it defines as having the lowest potential for abuse, such as drugs used to treat diarrhea and cough suppressants. Marijuana remains a ‚ÄúSchedule I‚ÄĚ drug, along with heroin and LSD.

The DEA‚Äôs move comes three months after Epidiolex became the first and only cannabis-derived drug to be approved by the Food and Drug Administration. The DEA action means that GW can sell Epidiolex, a treatment for pediatric epilepsy, but did not go further to reclassify CBD as a whole.

Don‚Äôt miss: The first cannabis-derived drug was just approved in the U.S.

Stifel Nicolaus analyst Paul Matteis said he had previously speculated that Epidiolex would be ‚ÄúSchedule IV,‚ÄĚ which includes prescription drugs such as Valium and Xanax.

‚ÄúWe continue to recommend the stock on the basis that we believe the Epidiolex launch can exceed first-year expectations,‚ÄĚ Matteis wrote in a note to clients.

Elsewhere in the cannabis sector, the U.S.-listed shares of Aleafia Health Inc. ALEAF, -2.80% ALEF, -2.14% hiked up 13%, after the Toronto-based cannabis cultivation and medical clinics company said Thursday it has signed a new supply agreement with CannTrust Holdings Inc., in which CannTrust TRST, +1.26% ¬†has the right to buy up to 15,000 kilograms of cannabis from Aleafia. CannTrust shares fell 4.2%.

On Wednesday, Aleafia‚Äôs stock plummeted 22% to snap a seven-session win streak, in which it rocketed 158%.

Meanwhile, the broader cannabis sector was mostly weaker, as the ETFMG Alternative Life Sciences Index exchange-traded fund MJ, +2.77% shed 1.2%, with 23 of its 37 equity components trading lower. The ETF was still up 37% over the past three months, while the Russell 2000 index of small-capitalization stocks RUT, +1.78% has tacked on 3.3% and the Dow Jones Industrial Average DJIA, +0.42% has gained 9.9%.

The sector‚Äôs pullback comes after Ontario unveiled late Wednesday its set of rules that govern the retail portion of cannabis sales in Canada, ahead of full-legalization in the country on Oct. 17. Ontario is expected to be the biggest customer for recreational marijuana in Canada: It accounted for more than 40% of cannabis sales in the country last year, according to StatisticsCanada.

The biggest gainer in the ETF (MJ) was Tilray Inc.‚Äôs stock TLRY, +2.79% which shot up 12%, and has now rallied 29% amid a three-session win streak. Tilray received DEA approval to supply marijuana extracts for a clinical trial of a drug recently, an approval many U.S. companies have attempted to receive.

Shares of India Globalization Capital Inc. US:IGC jumped, adding to Wednesday‚Äôs 30% rally, after the company said it entered the CBD-infused energy drink business. The stock was on track for its highest close since April 2012.

« “I don’t do this for fun.” Patients are hopeful Texas will expand access to medical cannabis – EastTexasMatters.com Facebook‚Äôs CBD pages: why were they taken down? – Vox.com »