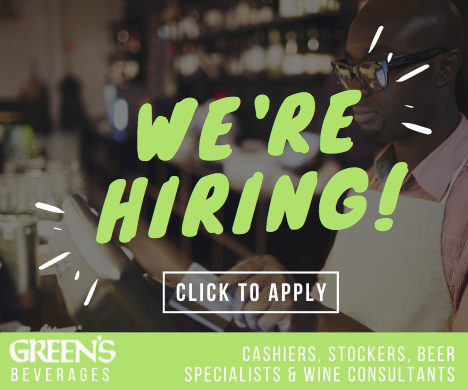 Georgia, among 16 other states, has permitted CBD use.

In 2015, State Rep. Allen Peake, a Republican from Macon, proposed the HB 1 bill which legalizes CBD products derived from medical marijuana as long they contain no more than 0.3 percent THC and are used for specific medical purposes.

Though research does not focus on CBD, Georgia State will be conducting research on electronic cigarettes, a device some Georgia State students use to smoke CBD.

Georgia State reported receiving $1.4 million from the National Institutes of Health to conduct a four-year research initiative, evaluating the effects of early attempts to regulate electronic cigarettes or vapes. Georgia State researchers will study the effects of e-cigarette-related regulations on pricing, access and public perception of the safety of vapes.

CBD-rich oils and extracts totaled $367 million in 2017, and sales are projected to surpass $1.2 billion in 2022, according to the Hemp Business Journal.

Considering the demand of CBD, The Signal contacted Andrea Jones Thorton, associate vice president for public relations and marketing communications, and Dr. Jill Lee-Barber, senior director of psychological and health services, by email and phone regarding Georgia Stateâ€™s policy on CBD campus approval, but no response was received.

Kyle Lewis, a senior sociology major at Georgia State, said, â€śThe whole purpose of cannabis oil in general is to calm you down without having the effects that THC has. So, in a sense, Georgia State itself doesnâ€™t allow smoking or vaping, but people still do it. Thereâ€™s people here [in Library Plaza] that still smoke weed.â€ť

Despite Georgia Stateâ€™s Student Code of Conduct and Administrative Policy, which states, â€śsmoking and tobacco of any kind is prohibited on all GSU owned and/or leased locations premises,â€ť Georgia State students, as Lewis said, continue to smoke regardless of Georgia Stateâ€™s policy.

Regarding oral ingestion, the FDAâ€™s intended administration route, Lewis said, â€ś[I]f youâ€™re able to [use cannabis oil] way where youâ€™re not smoking I donâ€™t see why it should be a problem on campus. You canâ€™t really abuse it to the point where youâ€™re getting high like with THC.â€ť

Epidiolexâ€™s efficacy was studied in three random, double-blind clinical trials with 120 children and young adults with Dravet syndrome. Epidiolex results were effective, reducing frequency of seizures compared to the placebo.

CBD derives from cannabis sativa, or marijuana, but has been shown in studies not to cause the same intoxication experienced from tetrahydrocannabinol (THC), the primary psychoactive component of marijuana.

The study states that Dr. Stephen Wright, one of the medical doctors conducting the research, reported â€śbeing an employee of GW Pharmaceuticals, holding a pending patent on the use of cannabinoids in the treatment of epilepsy.â€ť

â€śNo other potential conflict of interest [was] relevantâ€ť to the study stated in its Funding and Disclosure section.

After the FDAâ€™s approval of Epidiolex, GW Pharmaceuticalâ€™s sales team proceeded to target 68 varying geographic regions with an expected $2.4 billion peak for U.S. sales, according to proprietary and firsthand checks with doctors over the last three years.

Aphria, a Canadian medical marijuana competitor to GW Pharmaceuticals, totaled $10.3 million Canadian dollars ($8.2 million) in April sales alone. But, after GW Pharmaceuticals won over the FDA, sales projected into the billions and EvaluatePharma ranked Epidiolex as one of the top biggest drug launches in 2018.

Coloradoâ€™s flourishing hemp industry expressed concern that lawmakers may be constructing a â€śsuperhighwayâ€ť for pharmaceutical companies to monopolize the CBD market.

â€śOur objective, simply, is to make an FDA-approved medicine, purified CBD medicine available for patients who would be looking at an additional option,â€ť Steve Schultz, GWâ€™s vice president of investor relations said. â€śWhatever is available at dispensaries is really not even an element of our consideration. Our goal is to just add to those options that are available.â€ť

GW has not released pricing information for Epidiolex, but analysts have suggested patients could pay $30,000 to $60,000 per year if insurance doesnâ€™t cover costs.

Sean Williams from The Motley Fool said, â€śFew industries have grown as quickly or consistently in recent years as marijuana stocks. Depending on your source, the cannabis industry could grow by an impressive 25 percent to 35 percent through 2021â€”or beyond.â€ť

Georgia State studentsâ€™ CBD oil use suggests no abatement. â€śIt just feels like a cleaner high,â€ť Ian Sutter, a senior Georgia State film student said. â€śI use it for sleep, but itâ€™s not like I have a medical condition.â€ť