Drug approval could boost research on marijuana treatment for autism 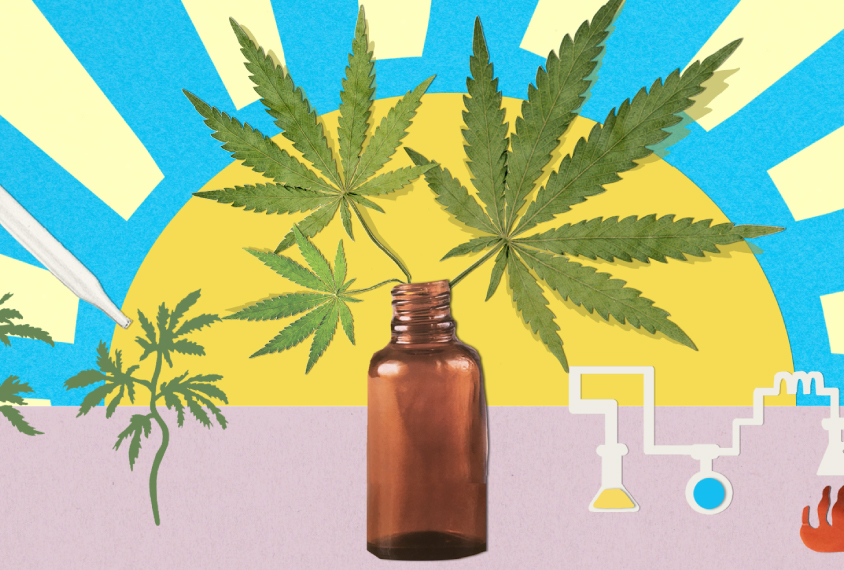 The United States has approved, for the first time, a compound derived from marijuana to treat certain types of epilepsy. The ruling may spell good news for autism research.

The approval of Epidiolex, the new drug, will require a change in the U.S. Drug Enforcement Agency‚Äôs classification of marijuana compounds as Schedule 1 drugs ‚ÄĒ meaning they have no medical use and strong potential for abuse ‚ÄĒ to something more benign. That decision is expected by 23 September.

The change would ease the path for researchers investigating whether marijuana can alleviate autism traits.

‚ÄúThe approval of Epidiolex has changed the regulatory landscape for cannabinoid products,‚ÄĚ says Orrin Devinsky, who led some of the clinical trials on Epidiolex. ‚ÄúThis will make future trials much easier and less expensive.‚ÄĚ Devinsky is working on two other trials for autism.

Epidiolex has been approved to alleviate seizures in two epilepsy syndromes: Dravet syndrome and Lennox-Gastaut syndrome. The Food and Drug Administration (FDA) has previously approved synthetic forms of marijuana‚Äôs psychoactive ingredient, THC, to treat certain conditions. But this is the first federal approval of a product derived from the marijuana plant; 31 states and the District of Columbia allow the use of marijuana to treat epilepsy, and 6 do so for autism.

In the meantime, many parents have turned to dispensaries for marijuana to treat their autistic children, despite the lack of evidence.

The first few trials of marijuana derivatives to treat autism or related conditions are in their early stages. Some of the trials are testing cannabidiol (CBD), the primary ingredient in Epidiolex, and others cannabidivarin (CBD-V).

Last month, Pennsylvania-based Zynerba Pharmaceuticals announced that a synthetic CBD drug alleviates anxiety by 46 percent, on average. The trial included 20 men with fragile X syndrome, a condition related to autism. However, the participants were aware they were taking the drug, so they may have been susceptible to a placebo effect.

Three other trials in the U.S. aim to test whether cannabinoids alleviate aggression or anxiety in children with autism.

One trial aims to enroll 100 children with autism to test CBD-V‚Äôs effects on aggression, as well as social behavior and compulsion. Another is looking at the effect of CBD on aggression in 30 autistic children; in this design, half the group gets the drug to start and half gets placebo, and then the groups switch.

The researchers tried for years to win federal funding for this trial and eventually turned to private sources. Even after receiving the funds, it took them nearly a year to cut through the red tape imposed by the Drug Enforcement Agency, says Alysson Muotri, professor of pediatrics and cellular and molecular medicine at the University of California, San Diego.

‚ÄúIt‚Äôs crazy when you think that this is CBD; it‚Äôs not cocaine,‚ÄĚ Muotri says. ‚ÄúI am hoping that [the FDA decision] will change this.‚ÄĚ

A third trial is looking at CBD‚Äôs effect on anxiety in autistic children with high intelligence quotients.

As these trials gear up, they raise big questions about what aspects of autism marijuana-derived compounds treat, and what dosage might be best.

For example, results from a preliminary Israeli study suggest that a 20-to-1 ratio of CBD to THC alleviates aggressive outbursts in autistic children1.

In the anxiety trial, the researchers intend to explore hints from both animal studies and the Dravet syndrome trial that an intermediate dose of CBD, rather than a typical high dose, might be optimal for autism.

‚ÄúI would be surprised if it doesn‚Äôt help some kids,‚ÄĚ says Xavier Castellanos, professor of child and adolescent psychiatry at New York University, who leads the anxiety trial. ‚ÄúThe question is: Who? How much? And is there a right dose? There‚Äôs a lot of stuff to be learned.‚ÄĚ

To answer some of these questions, researchers at King‚Äôs College London are scanning the brains of adult men before and after they take CBD-V.

They have found so far that CBD-V may alter the connections between brain regions in men with autism, but not in controls. The team presented their preliminary data at the 2018 International Society for Autism Research annual meeting in May in Rotterdam, the Netherlands. The researchers also plan to look at the effects of CBD on brain connectivity.

As part of his trial, Muotri plans to collect skin cells from the autistic children to grow brain-like ‚Äėorganoids‚Äô in culture. In unpublished data, he and his colleagues have shown that organoids emit electrical waves that are similar to brain waves: The drug‚Äôs effects on these waves may identify the best candidates for CBD treatment.

‚ÄúWe need to do a lot more research to work out what is going on biologically with these compounds,‚ÄĚ says Grainne McAlonan, lead investigator of the brain imaging study and deputy head of the Sackler Institute for Translational Neurodevelopment at King‚Äôs College London.