Curaleaf gets OK to open its first recreational marijuana store in Mass. – The Boston Globe 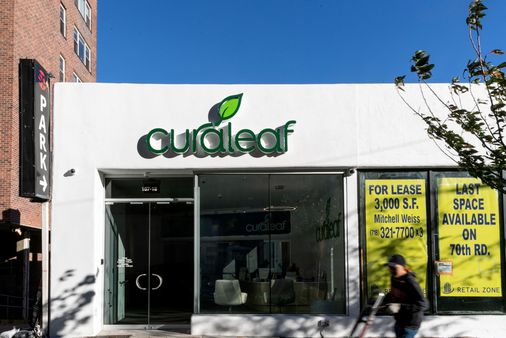 Curaleaf, one of the countryâ€™s biggest marijuana companies, received its final approval from Massachusetts cannabis regulators Thursday to open its first recreational marijuana store in the state.

Another marijuana company, Apothca Inc., also received a â€ścommence operationsâ€ť notice from the commission Thursday, allowing it to open for adult-use sales in Lynn within the same time frame as Curaleaf.

Once the Oxford and Lynn stores open, the state will have 30 recreational marijuana dispensaries.

Curaleaf already operates medical marijuana dispensaries at its Oxford location and at a location in Hanover.

Curaleafâ€™s efforts to open for adult-use sales in Massachusetts have not been without some bumps in the road.

This summer, Curaleaf Massachusetts was slapped with a $250,000 fine by regulators for not getting the state cannabis commissionâ€™s approval for a merger that involved its parent company, Curaleaf Inc., which is based in Wakefield. That merger had been agreed on the previous October.

â€śWe have been proudly serving the Massachusetts community for almost 24 months and look forward to working with the Commission to secure approval of our [recreational] licenses,â€ť the company said in a statement at the time.

In an unrelated incident in July, the branch of the company that produces and sells CBD products was warned by the US Food and Drug Administration to stop marketing its products with unfounded medical claims. The company had previously claimed online that its products could treat cancer, Alzheimerâ€™s disease, opioid withdrawal, pain, and pet anxiety.

The company quickly removed those claims from its website and deleted a variety of blog posts.