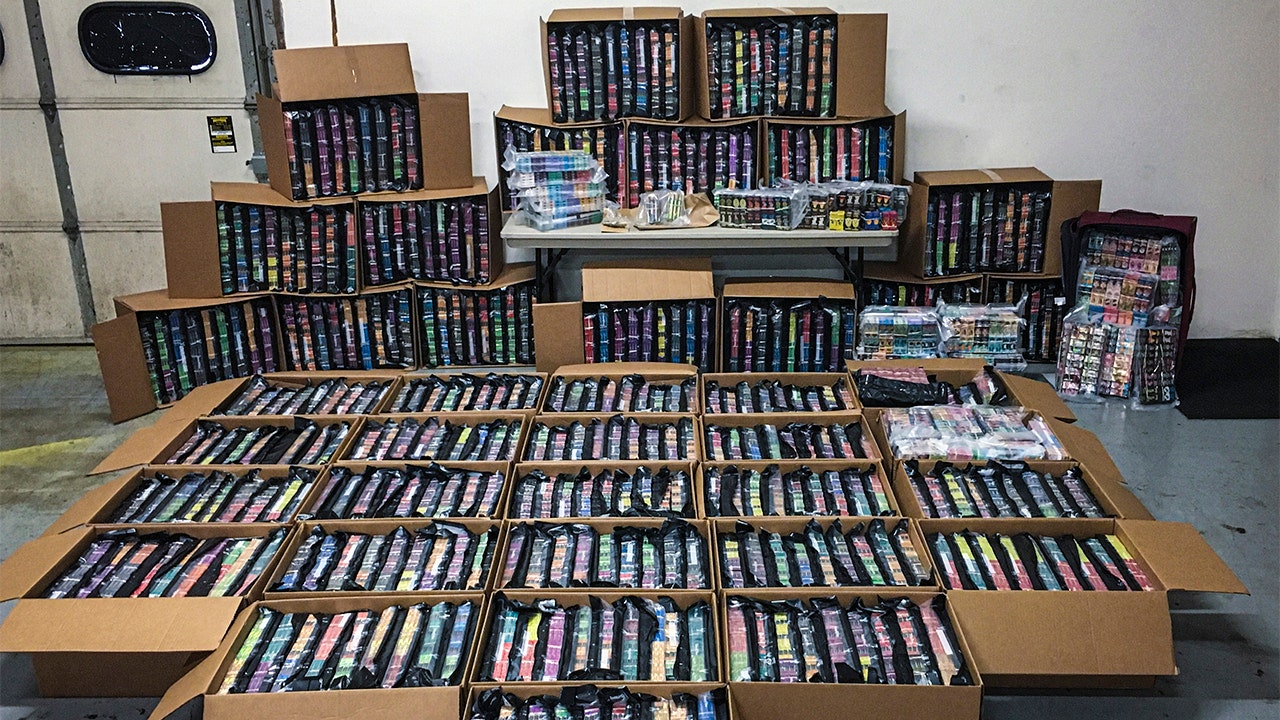 Authorities have seized at least 510,000 marijuana vape cartridges and arrested more than 120 people in the past two years, The Associated Press reported Tuesday.

‚ÄúWe‚Äôre putting a lot more resources in pursuing these organizations,‚ÄĚ said Ray Donovan, the special agent in charge of the Drug Enforcement Administration‚Äôs (DEA) New York office. ‚ÄúThis is where the market is going …¬†These criminal organizations are going to jump on whatever the business model is and try to take advantage and exploit that.‚ÄĚ

In New York City, for instance,¬†a detective on a DEA-managed task force was staking out a Manhattan storage facility in July when he saw three men unload boxes from a truck, according to a court complaint, per The Associated Press.

A search of the truck and a storage unit yielded 24,000 THC vapes and about 230 pounds of pot, according to the complaint and the DEA.

The men pleaded guilty this fall to felony marijuana possession and were sentenced to three years‚Äô probation. One of their lawyers, Tony Mirvis, called it ‚Äúa fair and equitable resolution‚ÄĚ for his client.

Donovan said he expects pot vapes will remain a priority for black-market suppliers and the authorities who pursue them.

Recently fueled by¬†alarm over a deadly lung illness that health officials have linked to illicit THC vape products, the pursuit of pot cartridges has added a new layer to drug enforcement while authorities are grappling with the opioid crisis and other drug issues.

In states with and without legal marijuana markets, drug investigators, highway patrols and local police departments have been adjusting to searching for a form of marijuana that comes in small packages, doesn‚Äôt smell like pot and might look like legal nicotine vapes — or require discerning what‚Äôs legal and what’s not in states that allow marijuana use.

The illicit marijuana vape market nationwide is estimated at as much as $2.5 billion this year — roughly equivalent to the market for legal pot cartridges, according to cannabis market researchers BDS Analytics and Arcview Market Research.

The lung illness outbreak raised alarms about vaping, as more than 2,200 people fell ill and at least 47 people have died in the past nine months.

Health officials have urged people to avoid vaping, particularly black-market products containing THC, which many who became sick said they had used.

Health officials announced last month that vitamin E acetate, sometimes used to thicken vaping fluid, is a ‚Äúvery strong culprit‚ÄĚ as a cause of the illness.

The Associated Press contributed to this report.

« Marijuana Stocks Hit by Fresh FDA Warning About CBD – Motley Fool CBD- from clothes to tincture. Here’s what you need to know about CBD in Maine. – TheCannabisRadar »