CBD: Legality of substance is confusing 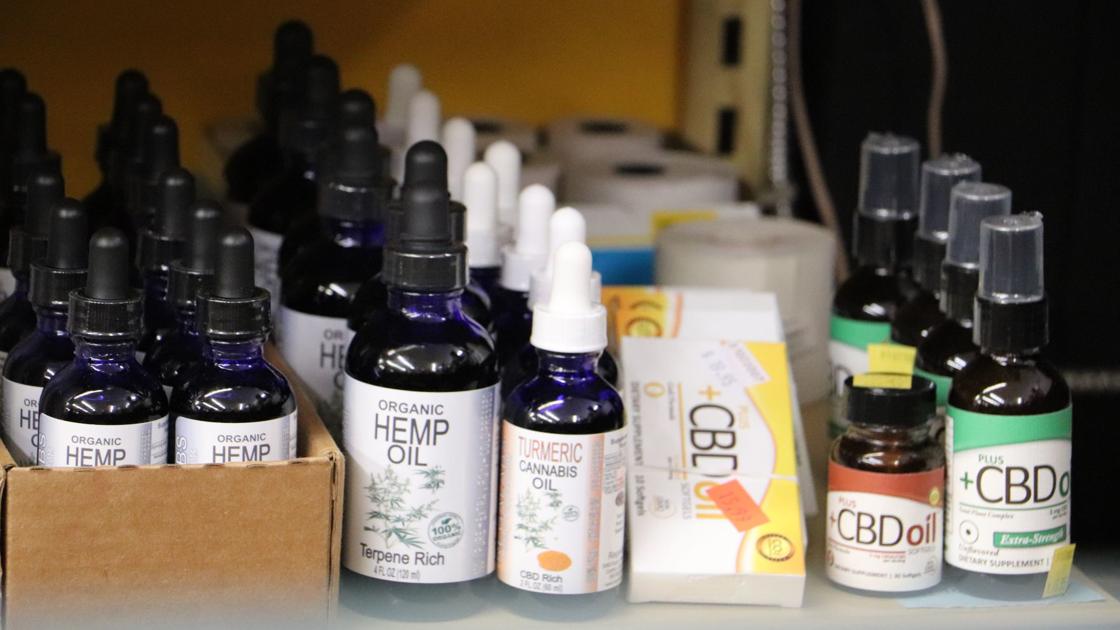 A recent raid at the Peace of Mind store in Park Hills has left many businesses, customers and community members questioning what Cannabidiol or CBD actually is and if it is actually illegal.

Many CBD products advertise that is legal in all 50 states, but what makes it legal or illegal to sell or purchase?

In 2014, Missouri passed House Bill 2238, which creates a legal right for certain patients to obtain, possess, and use ‚Äúhemp extracts‚Äù in limited circumstances. The law defines a ‚Äúhemp extract‚Äù as a preparation of cannabis that contains at least 5 percent CBD and no more than 0.3 percent THC.

Only patients with a seizure disorder and a recommendation from a neurologist are eligible to obtain a ‚Äúhemp registration card,‚Äù which entitles them to access and legal protections. Patients are allowed to purchase hemp extracts from two state-regulated ‚ÄúCannabidiol oil care centers.‚Äù

In 2015, the Department of Agriculture (DOA) granted the two allowed licenses, which is BeLeaf Company in Earth City and Noah’s Arc Foundation in Chesterfield. In 2016, the centers began serving patients.

A new bill passed on June 1, House Bill 2034 will take effect on Aug. 28. Within that bill changes were made in regard to Industrial Hemp, which is defined as hemp commodities and products that are topical or ingestible animal or consumer products derived from industrial hemp with a delta-9 tetrahydrocannabinol (THC) concentration of not more than three-tenths of 1 percent on a dry weight basis.

The new law will also allow Missouri farmers to grow industrial hemp and all products, including CBD, made from it. The legislation also establishes a state hemp pilot program in accordance with the 2014 Farm Bill.

While it is a very gray area and confusing to most,¬ÝRick Steinc, manager of¬ÝEarth Mother¬ÝHealth Foods in Farmington,¬Ýsaid the important thing is the difference of the THC. He said the company they use has less than one tenth of 1 percent of THC.

‚ÄúThere is no medicine in THC and I can‚Äôt tell you that hemp oil will heal anything,‚Äù Steinc said. ‚ÄúThe FDA does not allow us to say it will heal anything, but the medicine is in the CBD, the cannabinoids. I recently attended a class on this and we actually have cannabinoid receptors in our body and what the CBD does is feed those receptors which then allows your body to help fight disease, pain and other stuff.‚Äù

Steinc stressed that the medicine is in the CBD, not the THC, and they never sell THC because it is illegal. He said they can legally sell CBD up to three-tenths of a percent, but they keep all theirs down at one-tenth of a percent, just to keep it safe.

Steinc said he personally uses it for pain. He explained he was infected with Lyme disease seven years ago and it attacked his inner nervous system causing pain in his legs. He said he also uses it for anxiety.

‚ÄúAfter three weeks of being on it I realized I had a normal day and I felt normal inside,‚Äù Steinc said. ‚ÄúThere is a lady who comes in here who can‚Äôt afford her diabetes medication and she told me that without changing her diet or anything else it had dropped her blood sugar levels in half.‚Äù

Steinc said the product they sell is made from hemp and it does not contain high levels of THC, it contains very low levels of THC, so it‚Äôs considered safe. Hemp and marijuana are both in the same family and it has to do a lot of how and where it is grown.

‚ÄúThe pharmaceutical company is coming out with a medical marijuana and we were getting letters from our suppliers telling us it may come to a point where we can‚Äôt call it CBD or even sell it,‚Äù Steinc said. ‚ÄúBut that was cleared up and we should be OK.‚Äù

Steinc explained that when Governor Jay Nixon was in office he passed a law where someone who was epileptic and their doctor had proven that¬Ý their medications did not work, they could get card that would allow them to get CBD oil with up to 3percent THC in it.

Earth Mother Owner Mary Lee Visnovske said what separates them from other shops is they are trying to help people and there are other shops that will just sell anything. She added her staff is knowledgeable about the products and takes classes. She also has long-time employees.

‚ÄúThere is a lot of knowledge in this one little store,‚Äù Visnovske said. ‚ÄúWe try so hard to be the place of natural health and I felt like that being in the newspaper made us look like we don‚Äôt know what we are doing. I had people texting me one after another wanting to know what was going on.

¬Ý‚ÄúFrom what I understand, it was the level of the THC, not the CBD that was an issue in (another store’s) raid,‚Äù Visnovske said. ‚ÄúWhat we sell here has really helped people and I don‚Äôt know that I have ever sold another product that has such a wide range of helping people. It is awesome that God put that plant in earth for a reason, but man has abused it. They have it to where now we are finally able to sell it from a safe zone and we are blessed.‚Äù

Steinc said the product they sell comes in an oil in dropper form or in a soft gel.

She stressed there are businesses out there who just don‚Äôt care what is legal or not.

‚ÄúI really don‚Äôt think people in this area respect this store as much as they should,‚Äù Visnovske said. ‚ÄúWe are the oldest, largest and most complete health store in Southeast Missouri.‚Äù

The Missouri Hemp Extract Registration Card allows the registrant to purchase cannabidol (CBD) oil from one of the two facilities licensed in this state by the Missouri Department of Agriculture. In order to receive a card, the recipient must be 18 years of age of older, or the parent or legal guardian of a minor who is responsible for the minor‚Äôs care, a Missouri resident, and have a diagnosis of intractable epilepsy and can provide a statement signed by a neurologist licensed in Missouri indicating that the individual who suffers from intractable epilepsy may benefit from treatment with hemp extract.

St. Francois County Prosecuting Attorney Jerrod Mahurin said as far as the recent Park Hills bust, it was his understanding that there were a couple of issues. He explained the statute talks about two problems. One of those being the percentage of a controlled substance that is in the CBD oil.

‚ÄúThen of course if it is being distributed to people without the epileptic seizure disorder without the card that they get,‚Äù Mahurin said. ‚ÄúFrom the initial reports it appears that both were being violated and we know that one was being violated. They were selling it to anybody who walked in.‚Äù

Mahurin said the initial report led law enforcement to believe that the percentage in there may have been a violation. He added they are still waiting on a complete lab report, but they do know they were selling it to anybody who walked in.

Mahurin explained that law enforcement said even with the set of guidelines they were still selling it to everybody and that would be a violation.

‚ÄúI think if any store is selling it, they need to be aware the (current) statute says it can only be sold to people with the seizure disorder and who have a prescription card for it,‚Äù Mahurin said. ‚ÄúSo they need to verify with their supplier what the percentage is and it probably needs to be housed separately and only sold through a pharmacy area or some type of controlled environment where they know the people they are selling it to has a right to purchase it.‚Äù

Mahurin said the product confiscated was being sold in vials, so he assumed it was in oil form.

Officials with the Missouri State Highway Patrol were not able to clarify any confusion about the legality of the substance.¬Ý