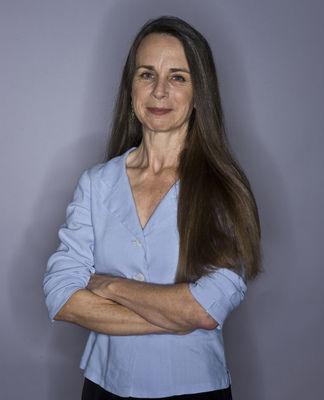 One day in early April I passed a big sidewalk sign on Michigan Avenue hawking something I’d never seen publicly promoted in downtown Chicago. I looked at it for a moment. Huh.

It was lunchtime. I was hungry and cranky. I figured why not.

Walking into the store, I glanced around, feeling like I was about to do something illicit. I mean, clearly this must be legal, but did I really want to be seen doing it, and in the middle of the day?

“Can I get one of those berry shakes?” I said to the cashier. I felt a flicker of hesitation, then added, “With CBD.”

CBD? Or CDB? Had I even said it right?

I had, and for an additional $2.99, the clerk at the Protein Bar & Kitchen added a “boost” of CBD oil to my shake, after which I headed back onto the sidewalk eager to see whether this stuff lived up to the hype.

CBD, as you may have noticed, is suddenly everywhere. A friend tells me she just bought CBD cream she hopes will soothe her aching hip. Another friend touts the CBD gummies he says enhance his sleep.

I was recently in a Chicago coffeehouse that has started selling CBD-infused kombucha. At my neighborhood CVS, a rack of CBD-enhanced products now sits across from the pharmacy counter. At Bed Bath & Beyond, just a few steps from the pots and pans, is a CBD display that includes SpaRoom CBD Essential Oils.

CBD oil has become so ubiquitous so fast that a cautious person has to wonder: Is “CBD” just a new word for “snake?”

For some illumination on the topic, I called Richard Miller, a professor of pharmacology at Northwestern’s Feinberg School of Medicine.

“I’ll give you the one-minute lecture,” he said.

“So there’s a plant called cannabis, which has been used for thousands of years for medical purposes. Obviously there’s something in the plant that does medical types of things. And since the 1960s we’ve known what the chemical probably is. It’s THC or tetrahydrocannabinol. That, in fact, is the chemical in the plant that gets you high. It also has other beneficial effects. As scientists, we know how it works.”

There’s also another component of the plant, he went on, one that until recently was considered to be inert.

“It’s called cannabidiol,” he said. “Recently people have started to think: Maybe cannabidiol does something. A question becomes: Does cannabidiol really do anything, and if so, what?”

Miller said cannabidiol — aka CBD — has been scientifically shown to be useful in treating some childhood epilepsies and multiple sclerosis. But his verdict on the multitude of other claims: “The jury is still out.”

The popularity of CBD coincides with the growing movement to legalize marijuana, a drug Miller notes has been legal for most of human existence.

“I can’t stress this too strongly,” he said. “The whole idea that cannabis should be illegal, and we shouldn’t take it, is an incredibly tiny blip in human history. It’s something people have been taking for thousands of years. The idea that we shouldn’t be taking it is the anomaly.”

“In order to really know that something works you have to establish that through scientific investigation,” he said. “With cannabidiol, that hasn’t been done.”

So far, he said, most claims for CBD fall into the category of “advertising” and “spin.”

“That doesn’t mean it doesn’t do anything,” he said. “We’ll know sooner or later if it’s really true. It’s of extreme interest.”

On the bright side, he added, there’s little evidence that it causes harm, at least in its commonly used doses.

“It’s really in the category of food additives rather than drugs,” he said.

I asked if he ever used it.

“I was in San Francisco and had some CBD ice cream with bee pollen and fennel,” he said.

I remain hesitant about ingesting anything based on anecdotal evidence, but I will say that after I consumed my CBD berry shake, I felt very relaxed.

But maybe that’s because it was 75 degrees that day, and the sun was out, and in Chicago in April that’s a surefire pain reliever.

« Is flying with CBD legal? The answer is far more complicated than you’d think – Mic Events Help Raise Awareness for Coloradans Living With Epilepsy – Our Community Now at Washington, D.C. »