The booming CBD industry will build on its push toward mainstream acceptance at the¬†Indy 500 later this month when New Mexico-based CBD products maker Craft 1861 sponsors the Carlin race team in one of the first deals of its kind in major professional sports.

Craft 1861‚Äôs name and logo will be displayed on Carlin‚Äôs cars during the prestigious race, building on a partnership that began during off-season test runs earlier this year, FOX Business has learned.¬†The company sells various hemp-based CBD products, including massage lotions and creams, which are geared toward athletes.

‚ÄúWe saw an audience that aligned with our consumer profile and we knew we could deliver a product line and experience that IndyCar fans would love,‚ÄĚ said Eric Lujan, co-founder and principal at Craft 1861, noting that 65 percent of IndyCar‚Äôs 57 million U.S.-based fans fall into the same market segment as new cannabis product consumers.

CBD, which is short for cannabidiol, is a hemp-derived compound without the psychoactive effects associated with marijuana use. CBD-infused products have gained popularity among U.S. consumers for their perceived health benefits and drawn interest from several major companies, to the point that the hemp-based CBD market alone could be worth $20 billion by 2020, according to research from the Brightfield Group.

However, cannabis and associated products have largely remained off-limits in major professional sports, the vast majority of which have banned their use. Advertisements are also rare ‚Äď the NFL rejected a planned Super Bowl commercial for medical marijuana company Acreage Holdings last January. 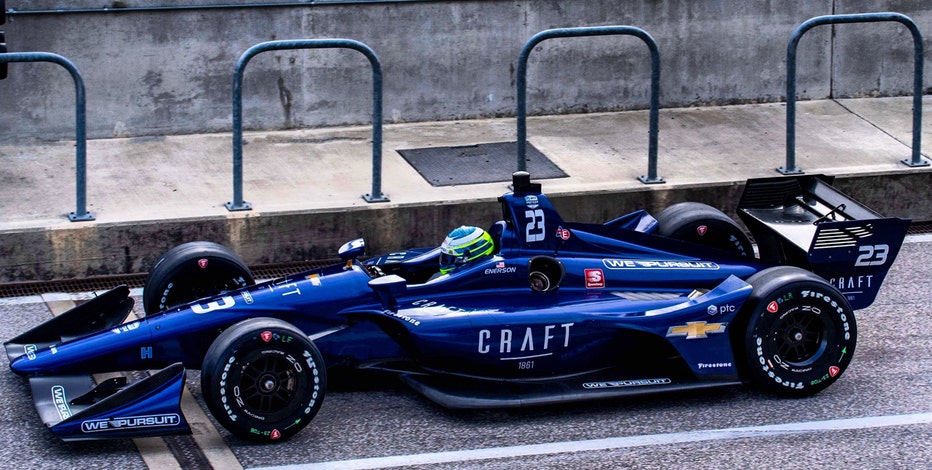 IndyCar only approved Craft 1861‚Äôs sponsorship deal with Carlin after a lengthy review process, and the deal is subject to strict oversight to ensure that any advertisements comply with laws and regulations at all levels.

‚ÄúAs the CBD category continues to rapidly evolve for sponsorship opportunities across various platforms, IndyCar has developed a stringent set of guidelines that must be met to allow such sponsorship in our industry,‚ÄĚ IndyCar said in a statement. ‚ÄúThese guidelines were developed with direction from legal representatives and IndyCar will continue to monitor this space as we move forward.‚ÄĚ

The passage late last year of the Farm Bill legalized hemp and many CBD products across the country, though the U.S. Food and Drug Administration is examining potential regulations for the burgeoning industry. Hemp-based CBD products are legal in all states, so long as they contain less than 0.3 percent THC, the psychoactive chemical found in cannabis.

Lujan, the Craft 1861 co-founder, said the company is aiming to expand to a season-long partnership with an IndyCar team for the 2020 NTT IndyCar Series.

‚ÄúWe are extremely proud to be able to work with a new brand to IndyCar,‚ÄĚ said Trevor Carlin, team principal of Carlin. ‚ÄúAs a young team to the NTT IndyCar Series we are learning and expanding quickly.¬†To have the backing of Craft 1861, also expanding quickly in a developing industry is very exciting. Hopefully, this is the start of a long relationship with Craft 1861.‚ÄĚ

The 2019 Indy 500 will likely feature at least one other CBD sponsorship debut. Last week, Defy, a CBD-based sports drink, announced a deal to sponsor Arrow Schmidt Peterson Motorsports‚Äô drivers at the event.