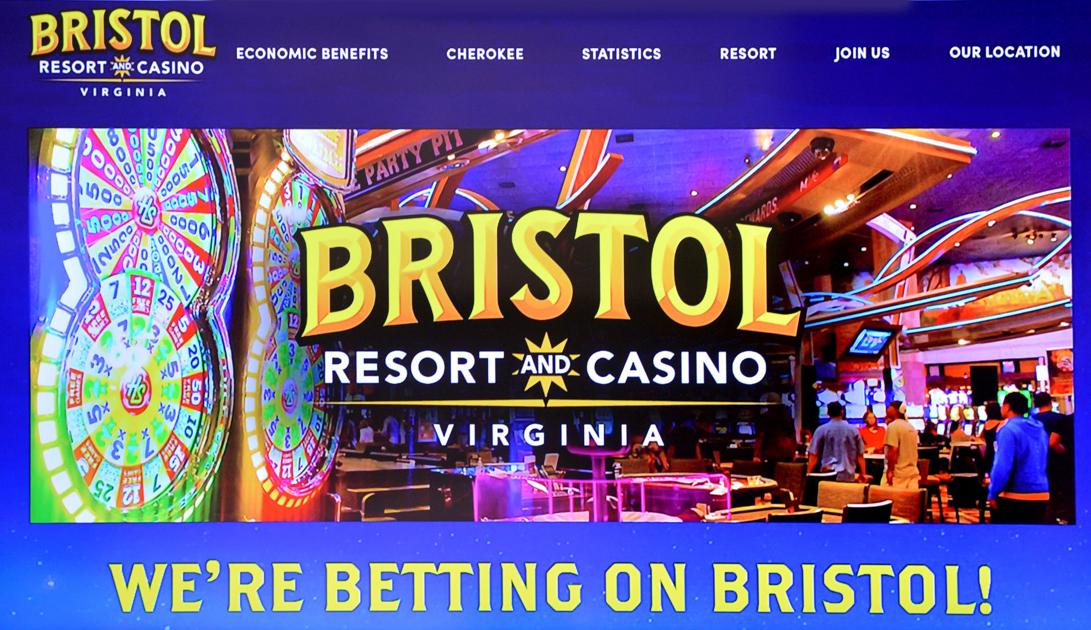 BRISTOL â€” A $150 million resort casino proposed for the Bristol Mall could have a â€śtransformativeâ€ť effect on the city, region and state economy, its backers said Thursday.

But, they warn, the window of opportunity is narrow.

All they need is for the Virginia General Assembly to legalize gaming in the commonwealth.

On Thursday, McGlothlin, Stacy and their team sat down with the Bristol Herald Courier to explain their plans in great detail and answer questions.

â€śClyde and I were talking one day, and he told me about this concept. He said a casino, and I thought how hard this will be to do â€” but it immediately flashed in both our minds what it would do for the city and the area,â€ť McGlothlin said.

He cited recent industry closings, low wages, limited job opportunities, the depressed economy of much of Southwest Virginia and an ever-growing need.

â€śIt would solve our problems. Itâ€™s overwhelming how the match of the need coincides perfectly with something like the casino,â€ť McGlothlin said.

The project, named Bristol Resort and Casino, would create an estimated 2,000 initial jobs and grow to 5,000 or more with an average annual salary of $46,000, McGlothlin said. Plans include building up to 1,000 hotel rooms and a conference center.

â€śNot one dollar is coming from the city of Bristol, the state of Virginia or the federal government. Clyde and myself are going to put all the money up for this,â€ť McGlothlin said â€” something both men say theyâ€™re proud of.

â€śWeâ€™ve been blessed to be big winners in some of our businesses â€” and we could be big winners, as well, donâ€™t get me wrong,â€ť McGlothlin said. â€śBut it would be a $30 million annual income for the city of Bristol, not counting the gambling tax. It would be like manna from heaven.â€ť

Virginia is one of seven states that doesnâ€™t allow casino gambling, but the commonwealth does have a state-run lottery and allows horse racing and off-track betting at four sites, according to the Virginia Equine Alliance.

Neighboring states Kentucky and Tennessee also donâ€™t allow casino gambling, but North Carolina, West Virginia and Maryland do. The nearest casino is about 130 miles away in Cherokee, North Carolina.

McGlothlin and Stacy said they have had some preliminary conversations with city officials and some members of the Southwest Virginia legislative delegation.

â€śI would say we got very big enthusiasm from most of them. We didnâ€™t ask them what theyâ€™re going to do,â€ť McGlothlin said, adding that he and Stacy have yet to present details to the legislators of a just-completed study prepared by Chmura Economics and Analytics of Richmond.

They plan to ask the Bristol City Council for a vote of support before sitting down with state lawmakers and asking them to support legislation to change state law. If there is no local support, the project ends there.

â€śOne of the things the legislators weâ€™ve talked to have told us â€” and they appear to be in favor â€” but they all say itâ€™s got to have local support. If we donâ€™t have the local support, itâ€™s not going to happen,â€ť Stacy said.

Asked about the casino last week, Sen. Bill Carrico, R-Grayson, expressed doubt about both how receptive the General Assembly might be and his willingness to carry the legislation.

Stacy said there is reason for urgency.

â€śWe about have to [get it approved in 2019] for this to work. If somebody opens a casino in Kentucky or Tennessee, then I think our opportunity evaporates,â€ť Stacy said. â€śI know this will be before the Kentucky Legislature this coming year. Tennessee, once they realize what weâ€™re trying to do, may do a special session or something because this is big. It would be big for Tennessee or Kentucky. But, if we get in first, itâ€™s not likely anyone would put a casino any closer than Knoxville.â€ť

If state approval does occur in spring 2019, it would take about 18 months to complete the first phase of mall renovations and improvements, with an opening date in late 2020 or early 2021. The second phase would include additional hotel rooms and the convention center, forecast for completion in 2024.

The Sept. 6 Chmura study projects that in less than a decade â€” by 2027 â€” the casino-resort complex would generate an economic impact of $1.5 billion annually and 10,500 direct and indirect regional jobs.

It could contribute $69.5 million in annual tax revenues â€” $41.2 million for Virginia and $26.8 million for the city â€” and save the state an additional $48 million due to reduction in payments for unemployment insurance and other financial aid programs, according to the study.

If fully built out in 2027, the study estimates the Bristol Resort and Casino would employ 5,200 workers and host about 4 million guests annually.

â€śIt will take the casino to bring the traffic. Once we get the traffic, everything will work,â€ť Stacy said. â€śWeâ€™re going to be heavy, heavy on the resort part with nice hotels and a convention center.â€ť

Resort visitors are forecast to spend an average of $250 per day, including up to $91 outside the resort, according to the study. It estimates spending in Southwest Virginia and other parts of the state could reach $255 million on gas, food and drink, lodging and shopping.

And those figures are forecast to trend steadily upward from 2021 to 2027.

Stacy said they estimate it will cost $25 million to rehabilitate the mall interior and another $5 million for the exterior â€” but the structure is in excellent condition.

When Stacy and his group acquired the mall this past spring, their intent was to try to attract manufacturing or industrial-type firms.

They are also part of a group seeking a state license to establish a cannabis production and CBD oil dispensary in another part of the property â€” one of 10 applicants from Southwest Virginia seeking approval from the Virginia Board of Pharmacy. That decision is expected to occur later this month.

â€śEven if we get the cannabis approval, that would be 140 jobs. Thatâ€™s nowhere near what we need,â€ť Stacy said.

He said they spent much of the summer contacting companies and soliciting interest in operating in the Twin City. The results werenâ€™t promising.