Caroline hemp farm hopes to cash in on change in state law – Fredericksburg.com 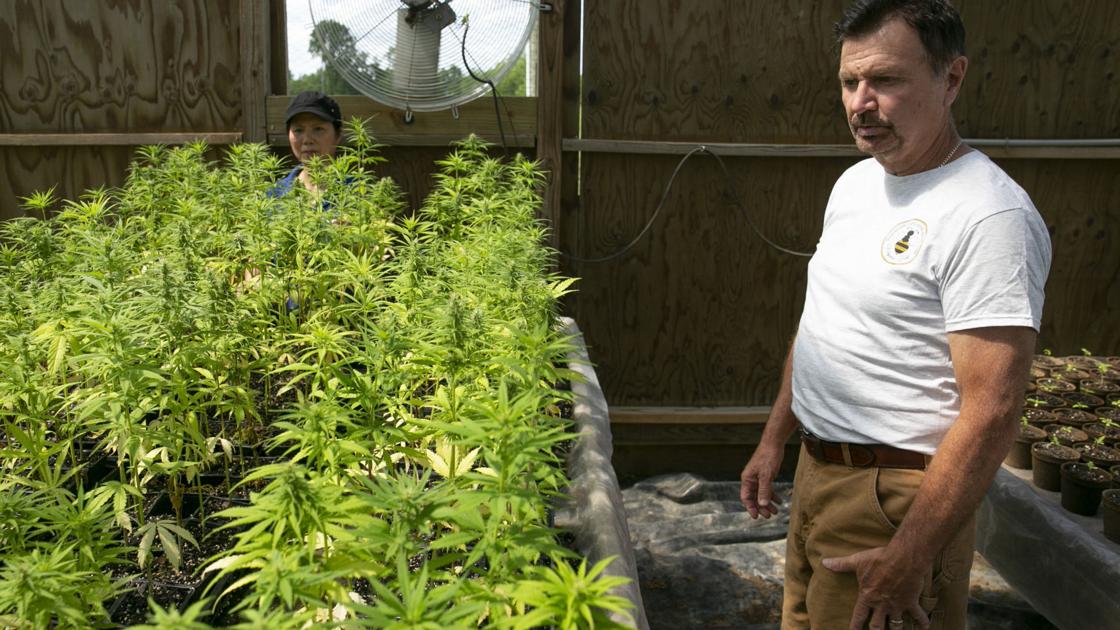 A few years ago, Bill Pickett was in the mountains near Bama Yao in southwestern China, picking wild hemp seeds with a 90-year-old resident.

Residents of Bama Yao‚ÄĒwhich is near where Pickett and his wife, Bixia, own a second home‚ÄĒhave a life expectancy of over 100 years. As of 2013, there were 81 centenarians living there.

Part of the reason for this longevity, Pickett said, is that hemp seeds are a regular part of the villagers‚Äô diet.

Pickett suspects that the seeds he picked on that trip came from plants that were 4,000 to 5,000 years old.

He hopes that purity comes through in the cannabis sativa plants now growing at Cool Water Farm, the Caroline County property that has been in his family for 100 years.

According to the VHC website, Cool Water Farm is first licensed hemp farm in Caroline and the only source in the state for hemp seed.

‚ÄúIf something inspires me, I dig in and try to learn as much as I can,‚ÄĚ Pickett said.

Until then, hemp could be grown only as part of a research program in partnership with a college or university.

Both hemp and marijuana derive from the genus of plants called cannabis, but the two plants differ in how they are cultivated and harvested. Marijuana plants are cultivated to have high levels of the chemical compound tetrahydrocannabinol, or THC, which produces the ‚Äúhigh‚ÄĚ feeling.

Hemp is cultivated to have low levels of THC and will not produce a buzz. It is an ancient crop that was important for colonial Virginians, who were required by the British to cultivate it for making canvas sails‚ÄĒthe word ‚Äúcanvas‚ÄĚ derives from ‚Äúcannabis.‚ÄĚ

Pickett said he‚Äôs been watching the progression of the hemp industry in the United States since about 2010, and in 2016, he started working with John Fike at Virginia Tech to develop his own seed. He now has separate state licenses to grow and process hemp, as well as a license for distributing the hemp seed.

Pickett said the focus of his business is in the health and medical benefits of hemp seed and in cannabinodiol, or CBD.

According to Brightfield Group, industry analysts for the cannabis and CBD market, CBD will be a $22 billion industry by 2020.

Studies published in the National Institute of Health database have found that cannabinoids such as CBD can help with pain relief, reducing anxiety and depression, alleviating cancer symptoms, treating seizures and lowering blood pressure, though most studies also say further research is needed.

Cool Water Farm makes a salve with 1 percent CBD oil. Pickett said he rubs it on his aches and pains and finds it soothing.

Industrial hemp can have CBD levels up to 20 percent and Pickett said Cool Water Farm‚Äôs product is ‚Äúup to the higher end.‚ÄĚ

According to federal regulations, industrial hemp plants and their derivatives‚ÄĒfiber and seed‚ÄĒcannot have THC levels higher than 0.3 percent. Pickett said the highest THC level his hemp plants measured last year was 0.2 percent at maturity.

If a crop is found to have levels of THC that are too high, it will have to be destroyed.

High THC levels can be caused by the growing environment or an overly long flowering season. They can also be caused by accidental cross-pollination with a nearby hemp crop. That‚Äôs why the Picketts also grow hemp in several other undisclosed locations around the county that are more remote than Cool Water Farm.

‚ÄúFriends in Oregon [where growing marijuana is legal] have a lot of trouble just growing [hemp], because of all the contamination,‚ÄĚ Pickett said. ‚ÄúI hope Virginia takes a little slower approach [to possibly legalizing marijuana].‚ÄĚ

According to the Virginia Department of Agriculture, there are 15 licensed hemp production fields in Caroline, four in Stafford County, four in King George County and three in Spotsylvania County. As of last week, the state has issued 629 grower registrations and 92 processor registrations across the state.

Pickett, who also works as vice president of Hoover Treated Wood Products, said he thinks everybody sees dollar signs when they think about hemp farming.

‚ÄúBut they shouldn‚Äôt be focused on that,‚ÄĚ he said. ‚ÄúYou should go into it with the idea that you‚Äôre a farmer and you like to grow things, to plant a seed and see the product of the work.‚ÄĚ

At Cool Water Farm, Bixia Pickett starts baby hemp plants from seed in her greenhouse. When they are old enough, she separates the males from the females.

Both male and female hemp plants go into the ground at Cool Water Farm so pollination can occur and seed will develop. At the isolated locations, the Picketts plant females only, to get flowers and buds without cross-pollination for extracting CBD.

Hemp can‚Äôt take frost, so it is planted outside once that danger has passed‚ÄĒthough Pickett said he is working on developing a variety that can overwinter.

The soil at Cool Water Farm is a sandy loam, which hemp likes because its roots can spread out, he said. The plants get water from a drip irrigation system‚ÄĒthey don‚Äôt like to stay wet.

‚ÄúThey like to take a shower and dry out,‚ÄĚ Pickett said.

Everything is organic. Pickett said his father and grandfather, who farmed the same land before him, never used pesticides and it‚Äôs never been part of his routine, either.

Instead, he grows clover in between rows of hemp. This has the dual effect of keeping weeds down and providing nitrogen-rich fertilizer to the hemp.

Last year, some of the hemp plants grew to 14 feet tall, and six feet in diameter.

Though it has so many potential uses, Pickett said any success he‚Äôs had didn‚Äôt come from hemp as a product, but from working hard.

‚ÄúIt‚Äôs profitable, but it‚Äôs hard work,‚ÄĚ he said. ‚ÄúWe spent $20,000 last year on just a couple of acres. I‚Äôm doing this with the mindset that I can develop something that really has some use.‚ÄĚ

« Clinical trial looking for children with Fragile X Syndrome to test treatment using CBD – FOX 10 News Phoenix CBD oil: A closer look at the hemp derivative – WATE 6 On Your Side »