With so much to learn and experience in this developing realm, marijuana seems to be a logical niche for the LGBT set. Queers tend to be more open-minded overall, and they‚Äôre early adapters to new concepts and experimentation.

On the supply side, however, many complain that the industry is overrun with hetero, white, cis-men. The notable shortage of women, people of color, and LGBT business owners and cultivators has been called out for years.

‚ÄúI think there has always been a strong, positive relationship between the LGBT consumer and cannabis,‚ÄĚ says Hodas. ‚ÄúI know a few [LGBT] entrepreneurs, but there is honestly a lack of diversity in the ownership of the industry, which many before me have brought to light.‚ÄĚ

Women, it seems, are of great interest to the booming Mary Jane biz. They‚Äôre considered an overlooked segment, and Dona Frank, founder of Natural Cannabis Company (www.naturalcannabis.com), would love to welcome more ladies to the green rush.

‚ÄúIt‚Äôs a male-dominated industry‚ÄĒwhich is not strange, because it‚Äôs a female plant [that produces bud], so of course they want to dominate it,‚ÄĚ jokes Frank. 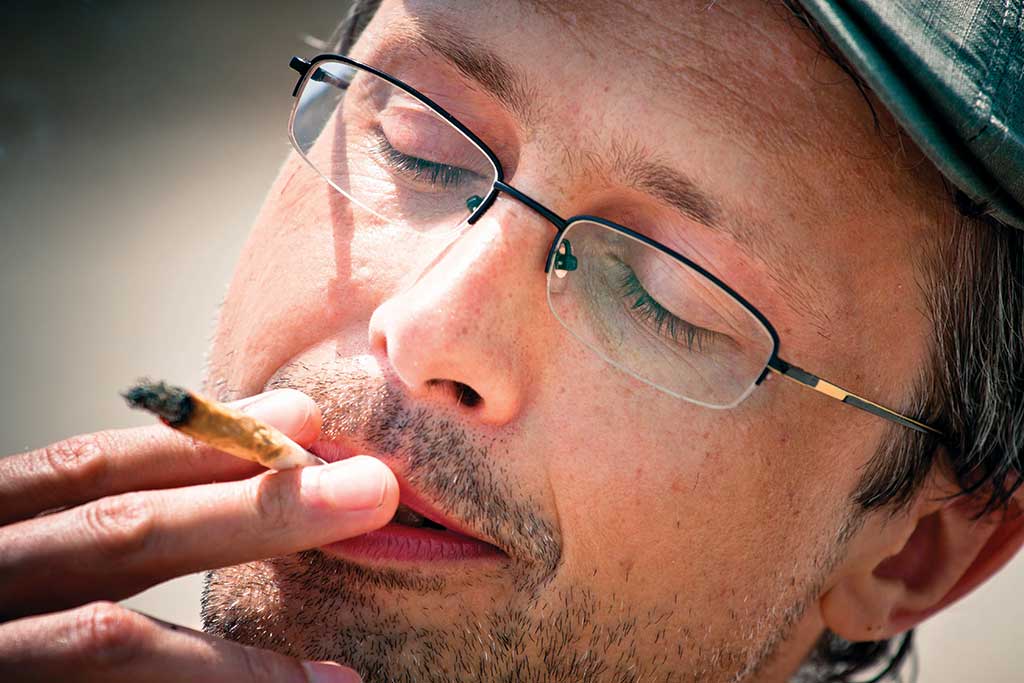 Frank is somewhat of an anomaly in the business. As a woman, and queer, she is part of the cannabis-proprietor minority, but her business savvy has firmly anchored her place in the California weed market. She founded Natural Cannabis Company in 2005 expressly because she ‚Äúwanted to create a place where women, people of color, and LGBT people could feel safe and access safe, clean cannabis.‚ÄĚ

Today, Frank‚Äôs loyal team operates a wildly successful trio of stores in counties north of San Francisco, along with a manufacturing center, and a distribution hub‚ÄĒfrom which carefully selected (and usually small-batch and organic) farmers share their herb with the region. She‚Äôs quick to note that at one point, most of Natural Cannabis Company‚Äôs operations were grouped together, but stringent California state laws have now mandated that each business arm establish separate locations. They‚Äôre part of the complicated rules that led Frank to hire one fulltime employee dedicated to monitoring the state‚Äôs ever-changing rules surrounding marijuana production and sales.

Such intricate rules are likely inhibiting the entrepreneurial spirit in California and other legal-weed states. Retailers who opened dispensaries under just the medical-MJ laws are now having to adapt their businesses for recreational sales, and some businesspeople are advocates to revise laws that don‚Äôt make sense. For example, Erich Pearson, a gay man who owns the San Francisco and Santa Rosa dispensaries SPARC (www.sparcwp.wpengine.com), is working to revise zoning restrictions that have brought ‚Äúgreen clusters‚ÄĚ of stores to certain streets. 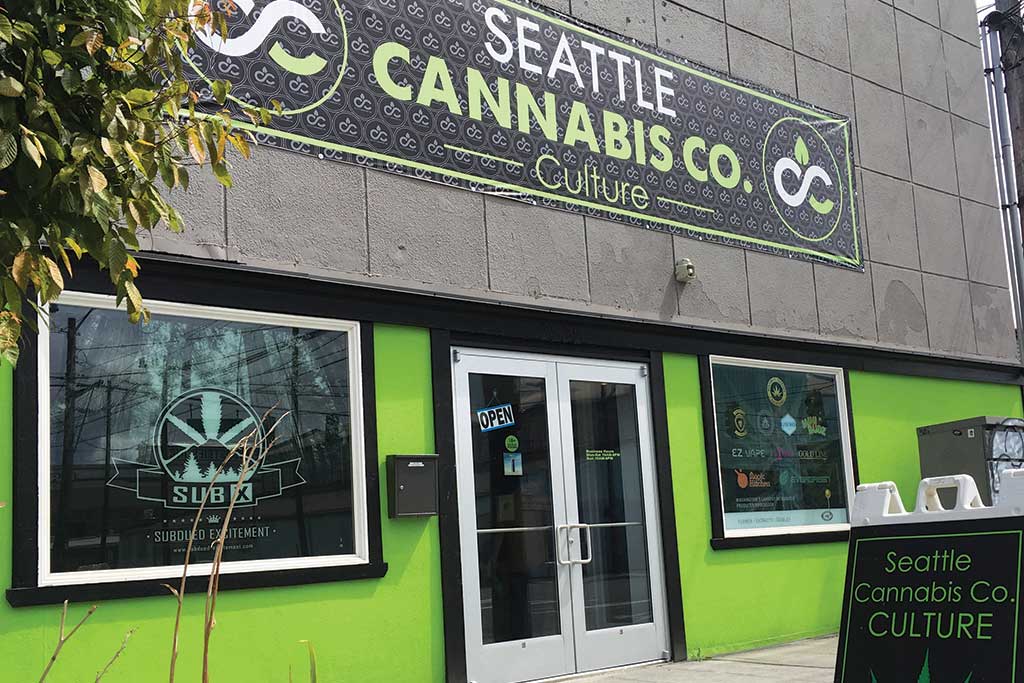 Other entrepreneurs, like Aurora, Colorado‚Äďbased Paige Kazazian, are simply filling a need. She says her company, Faro Kitchen (www.farokitchen.com), ‚Äúwas born to combat the lack of allergen-friendly, health conscious edibles on the market.‚ÄĚ Launched in 2017, Faro‚Äôs website reads like a proclamation of cannabis as a kind of miracle plant, describing it as ‚Äúamong the most natural, powerful, and beneficial medicines of our lifetime, as well as the safest substance to experiment with recreationally.‚ÄĚ To harness its benefits, Faro is making wholesome, artisanal, and healthconscious cannabis-infused edibles for consumers.

Kazazian, like others, would love to see more diversity in the industry. ‚ÄúI can‚Äôt speak to seeing particular interest in cannabis from LGBT entrepreneurs because. unfortunately, I‚Äôve rarely come across any,‚ÄĚ she says. ‚ÄúI hope to not only meet more cannabis business owners who are LGBTQIA+, but to actively collaborate and work together to expand our industry.‚ÄĚ

Kazazian adds, ‚ÄúI think it‚Äôs worth noting how long cannabis has been a part of gay communities. California‚Äôs medical marijuana law was driven [in part] because of the HIV/AIDS crisis and the need to ease suffering. Cannabis has always benefited LGBTQIA+ individuals and I don‚Äôt ever see our relationship with this plant stopping.‚ÄĚ

Fortunately, there are organizations that bring together like-minded cannabis players, like the National Cannabis Festival (www.nationalcannabisfestival.com) and Women Grow (www.womengrow.com) that invites connections through regional chapters and annual summits. Laila Makled is one of the queer women engaged with both groups. 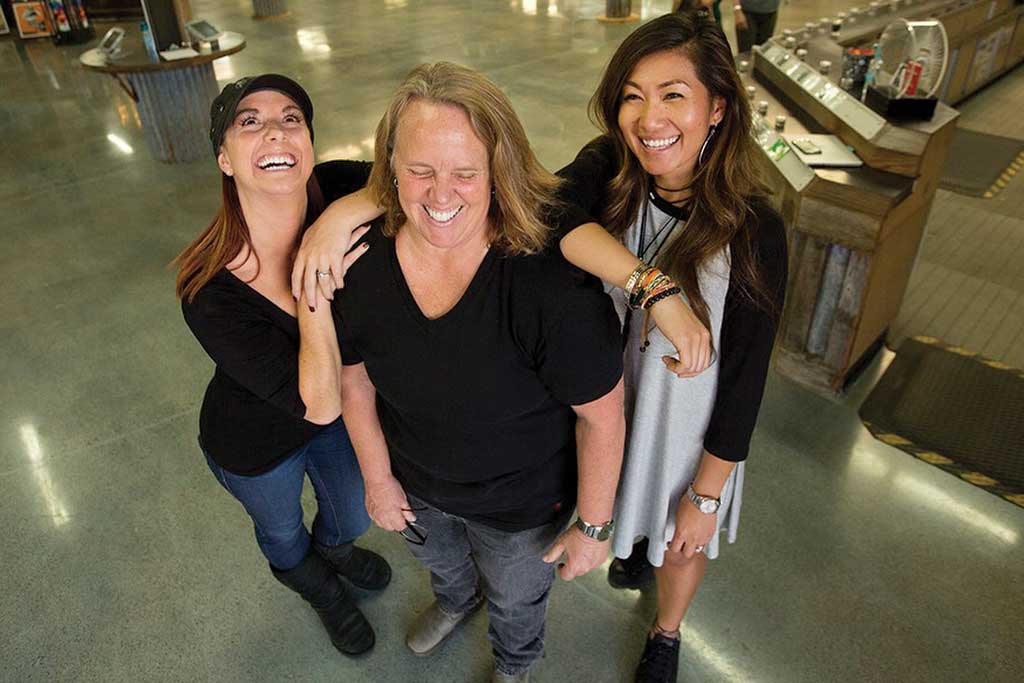 ‚ÄúI do not think there is a movement yet for LGBTQ people to get involved in the cannabis industry like there is for women or people of color,‚ÄĚ says Makled. ‚ÄúI am hoping that day will come soon‚Ä¶based on my own experience, the LGBTQ community is a massive untapped market for cannabis businesses.‚ÄĚ

For people traveling to legal-weed destinations, tour companies, dispensaries, accommodations, and other herb-friendly businesses are constantly growing and changing with each state‚Äôs distinct regulations. Some, like California, are instituting laws that mirror the wine and alcohol industries.
Natural Cannabis Company is seeing both the pros and cons of its wine-country locale. Frank says, ‚ÄúWe had an excellent model to go by with the wineries, because many of them are independent. They grow, press, and bottle their own grapes, and sell their own wine. It‚Äôs such a great working model that should have translated to this industry, but I feel [it‚Äôs gotten] convoluted.‚ÄĚ

For example, people exploring wine country know that if they‚Äôre driving, they should imbibe wine very minimally or not at all. The same might go for consuming weed, which is best enjoyed in a place where you can relax. On the other hand, weed is perishable, so it‚Äôs ineffective to apply the exact same model for purchasing weed as something as sturdy as wine. ‚ÄúIt just doesn‚Äôt work,‚ÄĚ Frank says.

Most states‚Äô regulations restrict smoking pot to designated, private areas. That might be in a ‚Äúbud and breakfast,‚ÄĚ private bus with a partitioned driver‚Äôs area, a massage studio using CBD-infused oils, or other private domains. In Colorado, social clubs are opening up as a welcome option for consuming weed, and voters there approved a 2017 initiative allowing businesses to operate designated consumption areas. (The law has yet to take effect while the fine print is sorted.) 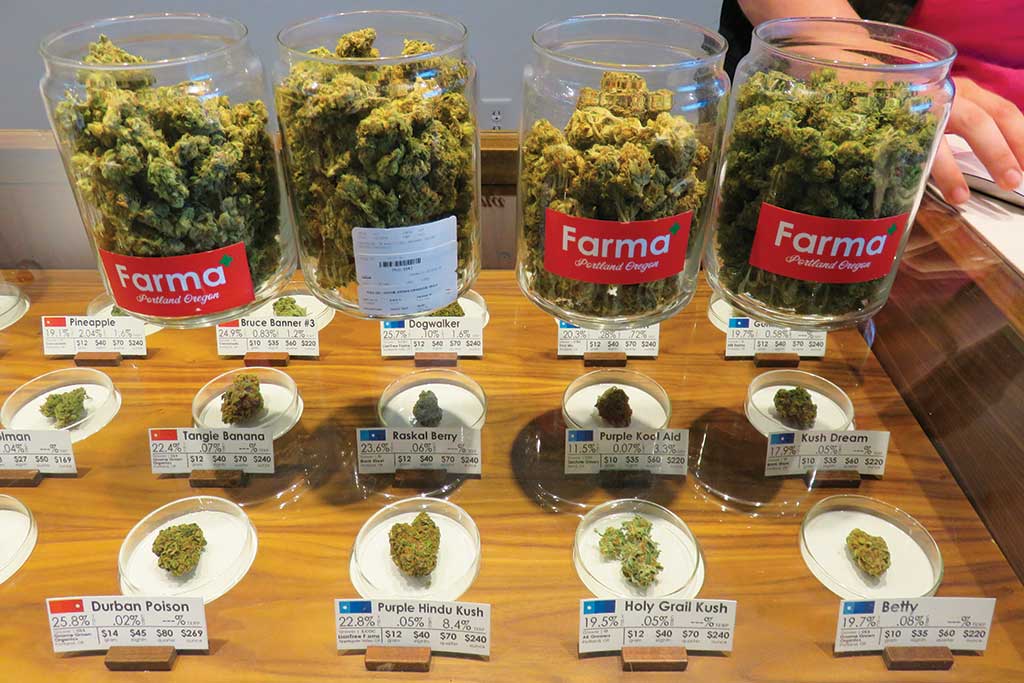 Still, queers shouldn‚Äôt expect weed zones in their local gay bars any time soon. Instead, travelers can find 420-friendly lodging through resources like BudandBreakfast.com and the robust Leafly.com, that also publishes details about strains, retailers, and lifestyle topics. TheCannabist.co comes in handy for news, entertainment, travel, and businesses to watch out for (including Mike Tyson‚Äôs cannabis resort ‚Äúoasis‚ÄĚ planned for California‚Äôs Mojave Desert).

Other companies, like Seattle-based Kush Tourism (www.kushtourism.com), offer lodging and dispensary tips in six legal-weed states, as well as their own and partner tours. One of the most comprehensive is the Seattle Kush Tour, a 3.5-hour journey to a grow operation, glass-blowing studio, oil-extraction company, and dispensary. Meanwhile in Oregon, Kush helps book Potlandia Experience (www.potlandiaexperience.com) bus tours that hit a range of stops, including a brewery pouring CBD-infused beer. Tour choices can focus on cultivation, accessories, dispensaries, or just general consumption that‚Äôs sometimes paired with restaurant, distillery, or winery visits.

‚ÄúWith each state that comes online for recreational cannabis, more opportunities for tourism arise nationwide,‚ÄĚ says Kush Tourism guide Leila Ali. ‚Äú[We‚Äôre] poised to be a resource to new ancillary cannabis businesses, and we form partnerships with cannabis-friendly businesses all over the world.‚ÄĚ
Ali says that her company‚Äôs tours are meant to enlighten, and the edification they impart is perhaps the best souvenir. 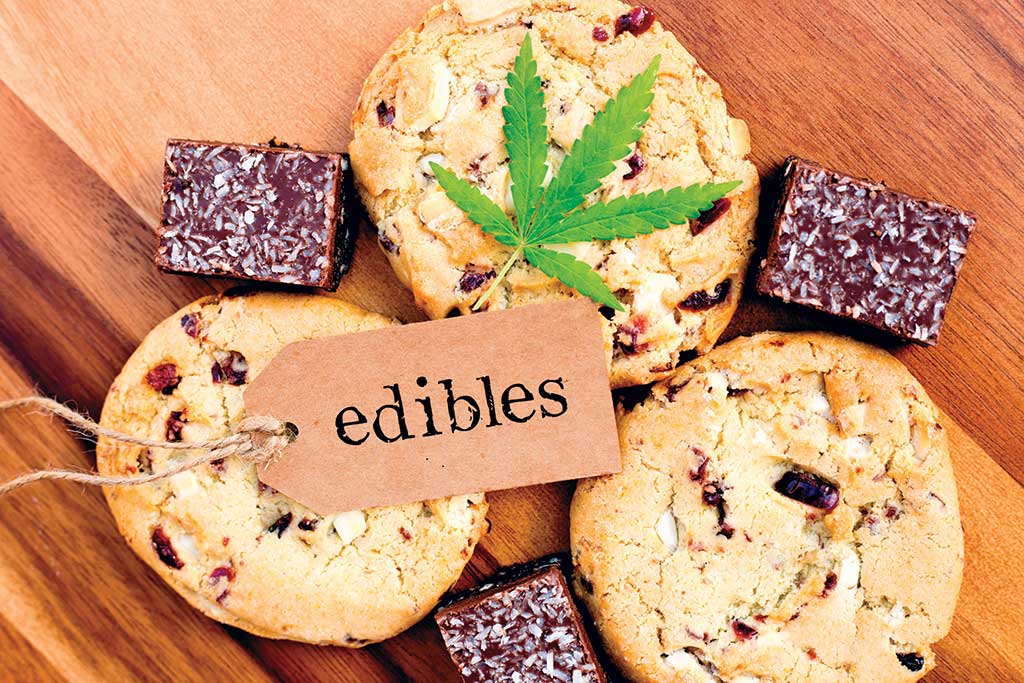 For Frank, 2018 is her year to ‚Äúgo deeper and get better,‚ÄĚ and she says her team is preparing for the expected summer tourism peak with
top-notch client experiences. Even those who can‚Äôt visit in person can still participate in the culture, perhaps through Natural Cannabis Company‚Äôs annual High Art competition that accepts ‚Äúhighly creative‚ÄĚ art submissions from around the world for monetary prizes. This year, High Art focuses on a particularly revealing theme: freedom.

It seems like a perfect 2018 theme. Because if there‚Äôs one overriding message across the entire industry, it‚Äôs that freedom to consume cannabis, in any of its countless forms, is as vital as the liberty to live your best life.