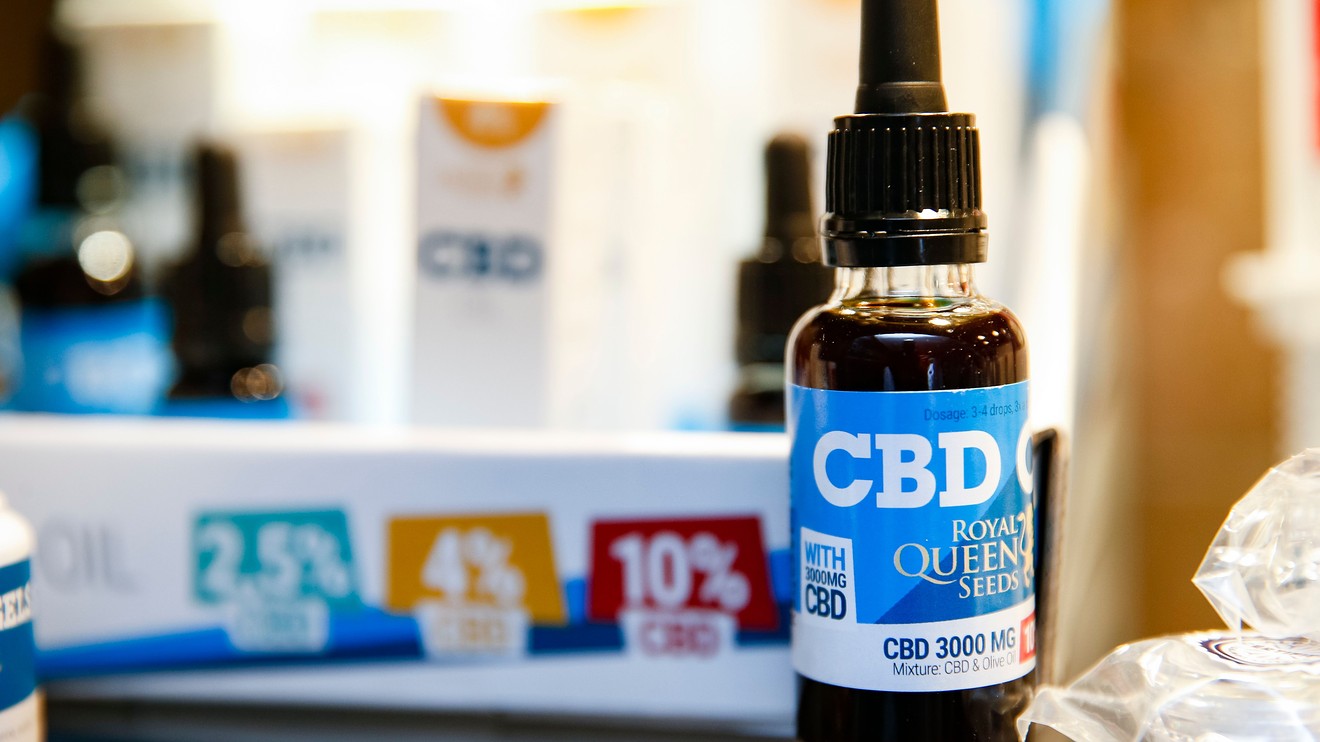 U.S.-listed shares of Canadian cannabis companies rallied anew Wednesday, as analysts cheered the latest linkups in the sector and remained bullish on a market expected to grow quickly once Canada fully legalizes the substance on October 17.

Cronos Group Inc. CRON, +11.03% ¬†led the charge, climbing another 7% to put its one-month gain at 103%. The Toronto-based company climbed about 13% on Tuesday, after it announced what it called a ‚Äúlandmark partnership‚ÄĚ with Boston biotech Ginkgo Bioworks Inc. that will seek to produce specific cannabinoids at scale.

Cannabinoids are specific molecules in marijuana that can produce effects in the human body, with the most commonly known subclasses being Tetrahydrocannabinol, or THC, and cannabidiol, or CBD. Cronois has pledged to fund about $22 million in research and development and issue up to 14.7 million shares to Ginkgo if the partnership meets certain milestones

GMP Equity Research raised its stock price target on Cronos by $7 to $17 on Wednesday, as it increased long-term revenue estimates on expectations of sales of cannabinoids as an active pharmaceutical ingredient to the drug sector.

Don‚Äôt miss: Weed beer is near, and it‚Äôs gonna get weird

In case you missed it: How to potentially become a marijuana millionaire, albeit carefully

‚ÄúUnder a scenario where Ginkgo succeeds in producing cannabinoids at scale, this technology could be a game changer to reduce production costs. In addition, it could be a major differentiation factor for Cronos in terms of product offering, being able to offer large quantities of rare cannabinoids in a cost effective manner.‚ÄĚ

Read now: Canopy Growth is ‚Äėat the top of the food chain‚Äô as Canada gears up for legal weed

Related: Marijuana is legal in California, but buying it is neither cheap nor always easy

They are expecting the company to benefit as Canada follows trends seen in those U.S. states where recreational cannabis has been legalized, such as strong demand for cannabis oils.

‚ÄúThe company will leverage this opportunity by offering clients proprietary extraction services to produce cannabis oil and derivative products,‚ÄĚ they wrote in a note.

U.S. cannabis players were mostly lower. Cannabis remains a Schedule 1 drug in the U.S. at the federal level, putting it in the same category as heroin, LSD and ecstasy. That has stopped participants in the U.S. industry from having bank accounts that would be subject to federal supervision and insurance. That, in turn, has complicated the effort to grow the market, and handed Canada a valuable first-mover advantage.

But Canaccord analysts are expecting the U.S. market to gradually liberalize and note multiple legalization and decriminalization bills in the works. Federal prohibition has one advantage, in that it should allow the industry to develop without ‚Äúsubstantial interference from larger players from traditional sectors,‚ÄĚ analysts wrote in a Wednesday note.

« Want to buy pot? A Fall River business owner has a cryptocurrency for that CBD Oil Stocks 2018 »