By Hannah Uttley City Reporter For The Daily Mail

Coca-Cola is said to be close to a deal that could see it infuse cans of soft drink with cannabis.

The US giant is said to be in ‘serious’ discussions with a cannabis producer as it looks to grab a slice of the burgeoning marijuana market.

A deal with the firm, Aurora Cannabis, could lead to Coca-Cola selling drinks infused with marijuana, which is said to have health benefits such as easing inflammation, pain and cramping. 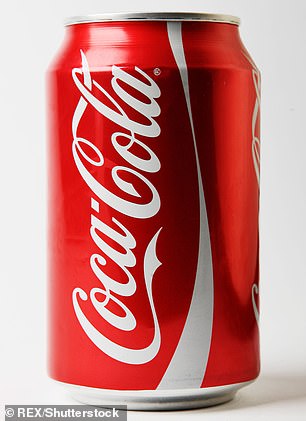 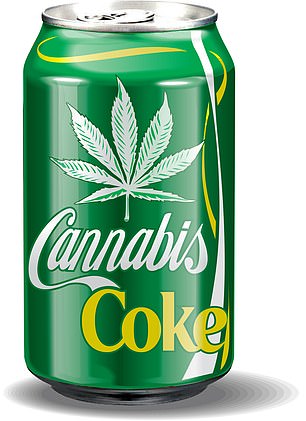 The conglomerate is likely to use cannabidiol, known as CBD, to develop the drinks. CBD is the non-psychoactive ingredient found in cannabis that is said to help ease pain but without the buzz or high some users seek.

According to US-based Bloomberg news, sources close to negotiations said Coca-Cola and Aurora are ‘pretty advanced down the path’ of doing a deal. ‘It’s going to be more of a recovery drink,’ the source added.

If Coca-Cola seals a contract with Aurora it would be the first major soft drinks firm to make a move into the marijuana market.

Canada is set to legalise the recreational use of cannabis next month as more states across the US make it legal.

CBD oil is already on the shelves in the UK and is increasingly popular among those seeking an alternative to aid sleep and alleviate mental health conditions such as depression and anxiety.

Each serving contained about nine milligrams of cocaine ā€“ at a time when the substance was legal and considered a tonic.

The cola part of the name is derived from kola leaves, which provide caffeine.

The recipe, which remains a secret and is said to be kept in a vault, changed in 1904, using ‘spent’ coca leaves instead of fresh, thus removing the cocaine. 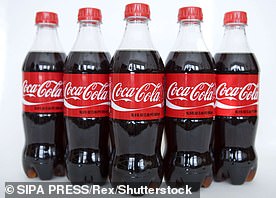 Each serving contained about nine milligrams of cocaine in 1886

However, it can only be sold as a food supplement. In 2016, the Medicines and Healthcare products Regulatory Agency said items containing CBD would have to be licensed if they were advertised for medical purposes.

A spokesman for Coca-Cola refused to comment on speculation but added: ‘Along with many others in the beverage industry, we are closely watching the growth of non-psychoactive CBD as an ingredient in functional wellness beverages around the world.

‘The space is evolving quickly. No decisions have been made at this time.’

A spokesman for Aurora, which is based in Canada, said: ‘Aurora has expressed specific interest in the infused beverage space, and we intend to enter that market.’

There are growing calls for a separate type of oil derived from cannabis that contains THC, the psychoactive ingredient of the plant, to be more widely available.

Home Secretary Sajid Javid announced in June that doctors in the UK would be able to legally prescribe cannabis-derived medicinal products under strict conditions.Ā

It followed the cases of Alfie Dingley, six, of Kenilworth, Warwickshire, and Billy Caldwell, 12, from County Tyrone, Northern Ireland, who were given temporary licences for the oil to treat their severe epileptic seizures. The boys were originally denied the oil after it was confiscated at border control.

Mr Javid stressed it was not a move towards the legalisation of cannabis, which is currently a controlled drug.Ā