Cannabis Can Help Inflammation, But Can It Fight Fall Allergies? – TimesOfCBD 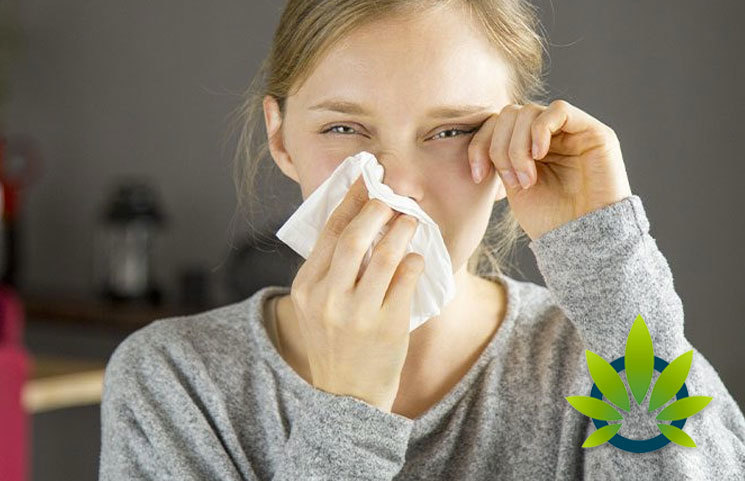 The research on marijuana is still relatively limited, but many studies suggest that the use of cannabis is helpful with inflammation, pain, and other concerns. However, since thereŌĆÖs still so much potential for cannabisŌĆÖs benefits, it should come as no surprise that researchers want to see how well it works as a way to help with allergies.

The science behind this option is fairly straightforward. Americans for Safe Access states that there are decades of research that ultimately led to treating skin allergies, stemming from the use of THC for inflammation. A team from the University of Bonn in Germany engineered the THC to not react to the brainŌĆÖs cannabinoids but testing on mice led to red and swollen ears.

At the time, scientists stated that the cannabinoids stop the immune system from triggering inflammation. The researchers applied an ointment with THC to the miceŌĆÖs ears, finding that the medicine reduced swelling and irritation. However, it seemed to reduce the skin irritation and allergies in these rats.

Cannabis and marijuana could potentially help with other skin conditions, according to the National Eczema Association. In a statement, the organization said:

ŌĆ£Cannabinoids, however, have a powerful anti-itch effect. There are receptors in the skin that interact with cannabinoids that could reduce the symptoms and appearance of AD. These effects happen through a constellation of interactions between phyto-cannabinoids and our endogenous cannabinoid system.ŌĆØ

Basically, the natural chemicals that secrete from the body after using cannabis or marijuana create a secondary response from the body.

The human body has multiple cannabinoid receptors that release white blood cells for infections in the body. The receptors can be activated to fight back about an allergic reaction. Since the information on cannabis is still so limited, the fact that these studies havenŌĆÖt touched too much on allergic reactions is unsurprising, but the reason is good.

According to a recent article from The Fresh Toast, there are three ways that marijuana can help with allergies that studies have recently shown:

Cannabis and CBD may be able to block histamines.

Antihistamine treatments are just the start.

There are new studies arising in regard to the way that CBD and cannabis can decrease histamine. However, this research is leading scientists to investigate the reactions from the body for different conditions, including multiple sclerosis, brain cancer treatment, or the risk of dementia. Still, there is plenty of room to expand on that research.

Cannabis acts as a helpful anti-inflammatory.

Even with the limited research on histamines and cannabis, cannabis has proven over and over again that it is an effective solution for inflammation in the body. Researchers have found that the genetic materials involved in cannabis is over 30 times the effectiveness that aspirin does in inflammation relief.