Cannabis board declines to uphold Baker‚Äôs medical marijuana vape ban, but products may stay off shelves – The Boston Globe 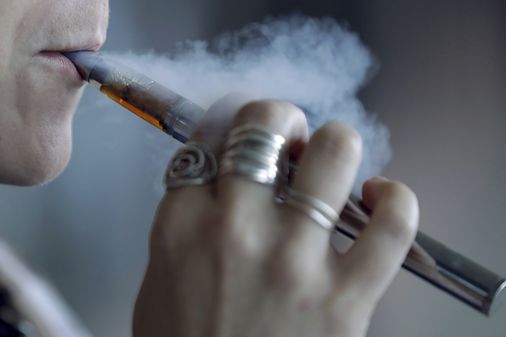 Collins said he might allow sales of vaporizers for raw cannabis flower because those have not been publicly linked to any illnesses.

He said he would wait to make his decision because of a pending appeal by the Baker administration of the judge‚Äôs ruling, and a federal investigation into the cause of the nationwide outbreak of vaping-related lung illnesses.

‚ÄúAt this point, vaporized flower does not appear to be implicated [as a culprit] by any of the national discussions,‚Äù Collins said. ‚ÄúIt would be a surgical, narrow approach, but one I think we would be well within our existing authority to consider and be justified in doing so.‚Äù

Commission chairman Steven Hoffman said he hoped the commission would act in some way before noon Tuesday. The judge‚Äôs order was focused on medical marijuana; it did not affect Baker‚Äôs four-month ban on recreational marijuana or nicotine vapes.

The five cannabis commissioners voted to affirm Collins‚Äôs authority to act alone at any time on the matter, and passed a measure saying they intended to eventually regulate the ingredients, testing, hardware, manufacturing, and other issues around vaping products based on evidence, including public comments.

As part of gathering that evidence, the commission will formally request information from the Department of Public Health on whether any illnesses in Massachusetts were linked to regulated marijuana vapes.

Hoffman, the chairman, urged his fellow commissioners to commit to a timeline for beginning the regulatory process.

‚ÄúWe would be shirking our responsibility to leave it open-ended, to leave it at, ‚ÄòSome point in the future, unspecified, we‚Äôre going to talk about a regulatory process,‚Äô‚Äâ‚Äù Hoffman said. ‚ÄúPeople‚Äôs lives are at stake here.‚Äù

But other commissioners said they needed more information before committing to a timetable.

After the meeting, two patients who were involved in the lawsuit that challenged Baker‚Äôs ban said they were disappointed.

‚ÄúIt‚Äôs unfortunate that patients will not have access to their medicine on Tuesday at 12:01 [p.m.],‚Äù said patient Will Luzier, a cannabis advocate. ‚ÄúI appreciate chairman Hoffman‚Äôs sense of urgency around this, and I certainly wish the rest of the commissioners shared that.‚Äù

Commissioner Shaleen Title told reporters that the commission, in making its decision, should weigh the potential effect of sending people to illicit vaping products, which the US Centers for Disease Control and Prevention have identified as linked to most of the illnesses nationwide.

‚ÄúAny action has consequences,‚Äù Title said. ‚ÄúIf we‚Äôre going to make a decision, it‚Äôs going to be based on evidence.‚Äù

In his ruling, Wilkins said the ban on medical cannabis vapes could cause ‚Äúirreparable harm‚Äù to patients who rely on vaping products to treat severe pain and other conditions.

The Supreme Judicial Court will hear arguments on Baker‚Äôs appeal of the case in December but may act before then.

The ban on marijuana and nicotine vaping product sales has been in effect since Sept. 24, when Baker announced a public health emergency amid the lung ailments that have killed at least 40 and sickened more than 2,051 people nationwide.

Naomi Martin can be reached at naomi.martin@globe.comFollow her on Twitter @NaomiMartin.