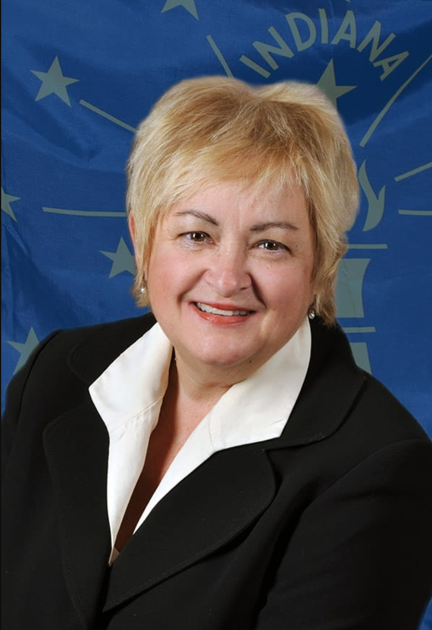 Despite the excitement generated by last year‚Äôs legalization of cannabidiol (CBD) oil, the Indiana General Assembly has killed the buzz during its 2019 legislative session by continuing to snub bills that would see the legalization of marijuana for medical and/or recreational purposes.

During the 2018 legislative session, the assembly passed a bill that allowed the sale, possession and use of CBD oil, which was then signed into law by Gov. Eric Holcomb.

Prior to this action, CBD oil use was restricted to children who had a specific type of epilepsy. When it became clear that CBD oil had medical benefits for an extensive list of other illnesses and disorders, lawmakers like Sen. James Tomes, R-Evansville, fought to lift those restrictions.

‚ÄúIt‚Äôs been one success story after another,‚ÄĚ Tomes said recently. ‚ÄúIt‚Äôs really been a rewarding experience to know we‚Äôve done something in Indiana that has helped so many people enduring pain. I‚Äôm glad to have a little part of that and bring that relief to those individuals.‚ÄĚ

Almost immediately after its legalization, CBD oil started to pop up on shelves at area pharmacies and at kiosks in the mall. Storefronts devoted solely to CBD oil sales began to offer the substance in its various forms including oils, lotions and even gummy candies.

The CBD Store of Fort Wayne has enjoyed its own slice of success. Vonderau‚Äôs brother, Cory Vonderau, opened the first store on Clinton Street in Fort Wayne in April 2018 and has since expanded to a second store located on Jefferson Boulevard in Fort Wayne. Vonderau declined to share any information about revenue from the stores, but stated that the demand for CBD oil has not faded, even a year later.

‚ÄúThe business, in my opinion, is here to stay,‚ÄĚ Vonderau said. ‚ÄúIt‚Äôs not a flash in the pan or just a fad.‚ÄĚ

The flame of progress sparked during last year‚Äôs CBD oil legalization has already gone up in smoke. Nine bills were submitted to the Assembly at the start of the 2019 legislative session that would see marijuana legalized, or at least decriminalized, and opened up for medical and/or recreational usage.

All nine stalled and eventually died in committee.

‚ÄúPeople are asking ‚ÄėWhat‚Äôs wrong with Indiana,‚Äô‚ÄĚ Sen. Karen Tallian, D-Portage, said. ‚ÄúThere are just a handful of people who are so adamant that this is a gateway drug and everybody‚Äôs going to turn into reefer madness.‚ÄĚ

Tomes is confident that the results of CBD oil speak for themselves and that society will eventually mold its views and policies around that fact, but a current bill in the Assembly could leave that future hazy. According to Tallian, HB 1632, would establish an industrial hemp commission in Indiana. The language of the bill, Tallian advised, put restrictions on ‚Äúsmokeable hemp,‚ÄĚ which could threaten the legal status CBD oil currently holds.

‚ÄúI was almost ready to vote for it then they changed the bill,‚ÄĚ Tallian said. ‚ÄúThe way that smokeable hemp was defined, it‚Äôs going to make all of our CBD products illegal. They agree with me that it‚Äôs a problem, but we don‚Äôt have a solution.‚ÄĚ

As Indiana holds tight to its anti-marijuana sentiments, three of Indiana‚Äôs immediate neighbors, Illinois, Ohio and most recently, Michigan, have passed laws to allow marijuana to be used at least medicinally if not recreationally as well. Tallian is preparing to see conflicts in the gray area where and Indiana resident may use or possess the drug legally in a surrounding state only to be arrested and charged while passing through Indiana.

‚ÄúWe‚Äôre already behind on the economic part of this,‚ÄĚ Tallian said. ‚ÄúNow, not only are we going to be behind our neighbors, we‚Äôre also going to have issues‚Ä¶Pretty soon somebody is going to take a case to the courts and that will be an interesting discussion.‚ÄĚ

Despite the annual failure of these marijuana bills, the issue and its supporters have only raised their voices higher. In a survey conducted in Tallian‚Äôs district, 88 percent of people stated that they were in favor of medical marijuana for ‚Äúailing Hoosiers.‚ÄĚ State lawmakers are hearing the calls as well, often asking that no roll be called during bills about marijuana so they can vote safely behind anonymity, knowing it‚Äôs an unpopular side to be on.

Tallian hopes that it‚Äôs a matter of time before the bills they continue to submit finally receive a favorable pass.